Their slogan was once “Put a Philadelphia smile on your face!” and for most people that is what this spreadable cream cheese does. This original soft cheese spread has been around for a while now and sold all over the world and that of course means they have tried to cater for worldwide tastes and that means weird and wonderful flavours. Many of these were limited editions and some are only sold in certain countries, but they are all ten of the craziest flavours of that tasty Philadelphia original soft cheese… 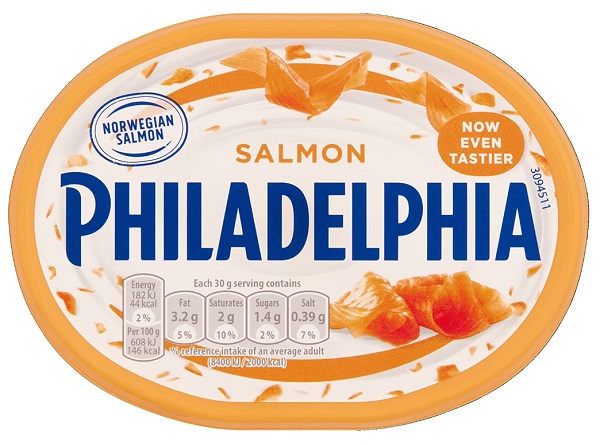 Made with milk and real cream, Philadelphia Salmon Soft Cheese has the same fresh and creamy taste as Original and is made with high-quality Norwegian Salmon. Spread onto Ritz crackers and top with fresh dill for a perfect canape or stir into a pasta tagliatelle. 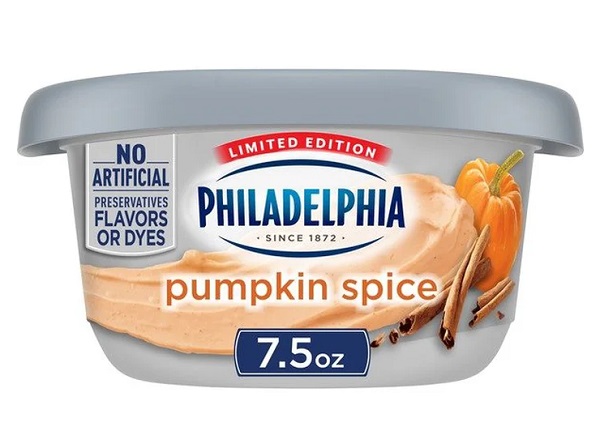 Over in the US pretty much everything has a limited edition at Halloween time and this pumpkin spice flavour is sure to divide opinions around the world. Personally, I would imagine it tastes a little bit tangy, but I could be wrong. 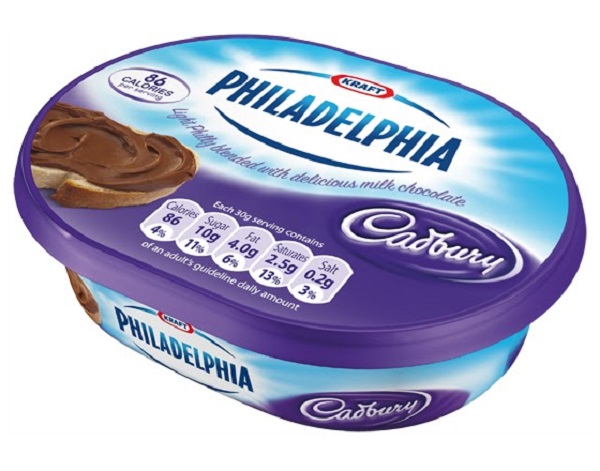 Said to be a slightly runnier and lighter version of Cadburys’ chocolate spread this cream cheese flavour is best spread on a slice of bread and consumed as it is. While some people will be horrified by the thought of Chocolate flavoured cheese, it is much tastier than you might think. 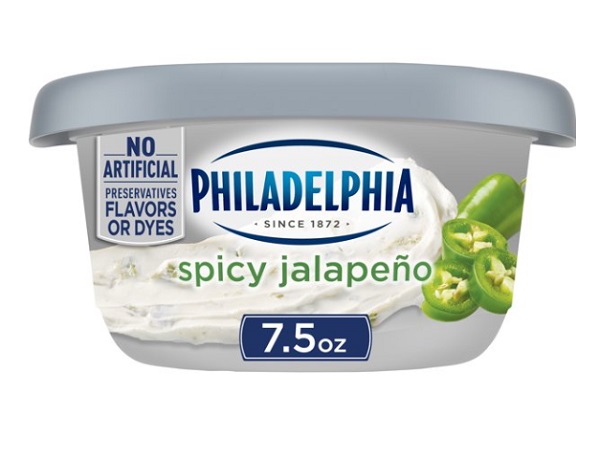 Philadelphia Jalapeno Soft Cheese has the same fresh and creamy taste as Original, packed with a delicious spicy Jalapeno kick. Use as a dip for your favourite crackers, crisps or carrot sticks; or spread into your lunchtime sandwich or wrap. 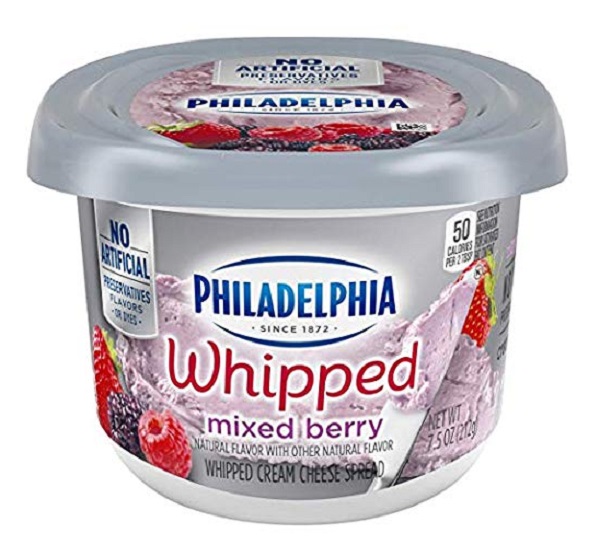 If you haven’t tried this mixed berry whipped cream cheese you are missing out. It’s a heavenly breakfast-style whip that is so light and airy while also rich and packed with a magnificent flavour that explodes on your taste buds. 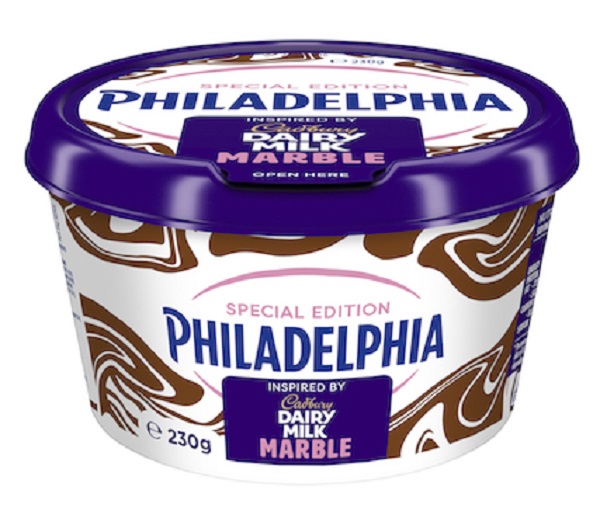 Made exclusively for the Australian market, most people have not even heard of Cadbury’s Dairy Milk Marble chocolate bars, but that doesn’t stop this company from show-horning it into a chees spread and apparently, it tasted amazing! 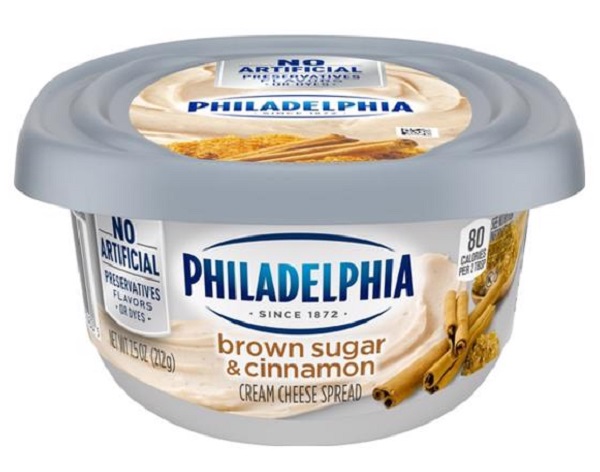 Philadelphia Brown Sugar and Cinnamon Cream Cheese Spread is said to add a sweet creaminess to recipes and is also perfect for your breakfast bagels. My mind is racing as I wonder just what this tastes like, but I would be more than willing to try it. 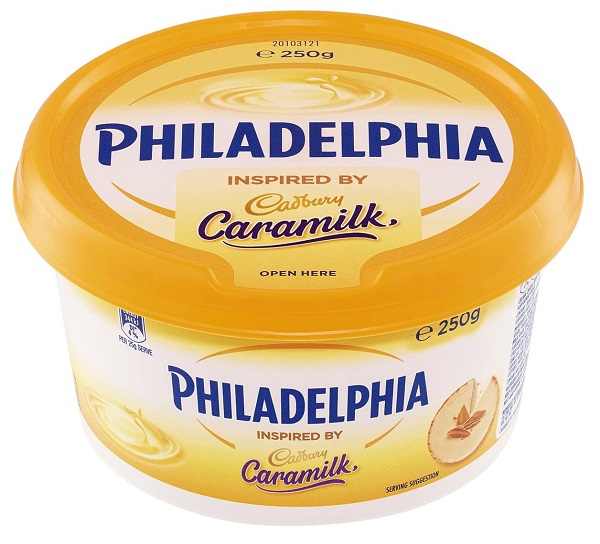 Once again we go back to Australia for this flavour that is not one most people would have heard of. I would say it tastes much the same as the Caramel flavour, only a little bit thicker in terms of texture. 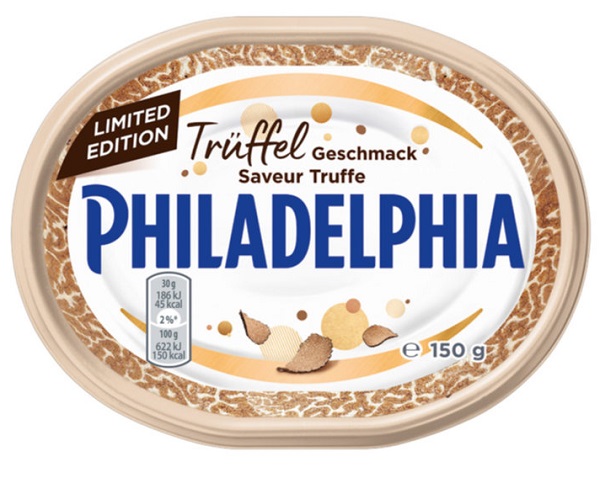 Philadelphia Truffles is fresh cream cheese with a delicious taste of summer truffles. It is the perfect accessory on the cheese plate or tapas table together with a piece of bread or good biscuits! It can also be used excellently in hot dishes where it adds both fantastic taste and creaminess. 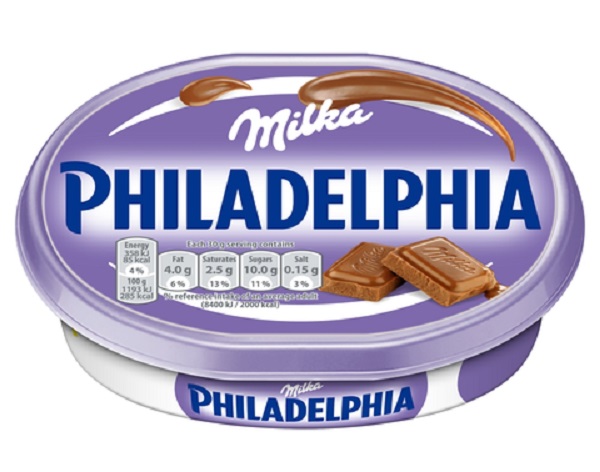 This spread combines the flavours of creamy Swiss Milka chocolate and rich Philadelphia to make a light chocolate spread that fans of both things will enjoy. While the combination of milk chocolate and cream cheese isn’t for everyone it often tastes way better than you might think.

Have you tried any of these soft cheese spreads? Which one would you like to taste? Do let u know in the comments below.

Ten of the Worlds Craziest Bread Bins Your Money Can Buy

Ten Healthy Homemade Spreads You Should Try Out