The energy drink industry now makes nearly $60 billion in sales globally every year yet health experts agree that the drinks have little to no value to the consumer’s health. Actually, energy drinks are no different from your regular cup of coffee because their potency simply relies of caffeine, sugar and lots of chemical flavours and preservatives. A can of your favourite energy drink still gives you the kick you need to run for a few more hours at the gym or at work, and there is no medical reason for you to stop consuming them either. As always, the best advice is to use them in moderation to avoid the adverse effects of the contents. Here is a look at 10 facts about those energy boosters you don’t know about.

They Don’t Actually Give You Energy

That illusion of being energized and stronger after taking a swig of Red Bull leads many people to think that the drink has lots of energy to pour into their system. In a real sense, energy drinks are just stimulants and the size of kick they give you depends on the level of caffeine they contain. Caffeine reduces the content of the sleeping hormone in your brain which makes you feel less tired than you actually are.

A short while after drinking the energy drink, the caffeine’s effect wears off and you are back where you were only that you feel a lot more tired and the urge to take another energy drink may lead to an addiction which is not healthy. The sugar in the drinks raises your blood sugar for a short while but most of it ends up giving you more belly fat rather than energy.

Red Bull was sued in 2014 in a class action for misleading advertising because of their decades-old slogan that claimed that it could give you wings. The plaintiffs in the Seattle-filed case argued that Red Bull doesn’t give you the alleged wings even in the figurative sense.
The claim that drinking Red Bull makes you concentrate more and work harder was found to be false adding to years of criticism of the energy drinks industry. Having a Red Bull doesn’t enhance your energy physically in any way and the company was forced to settle for $13 million which is paid in form of free drinks to disappointed customers. 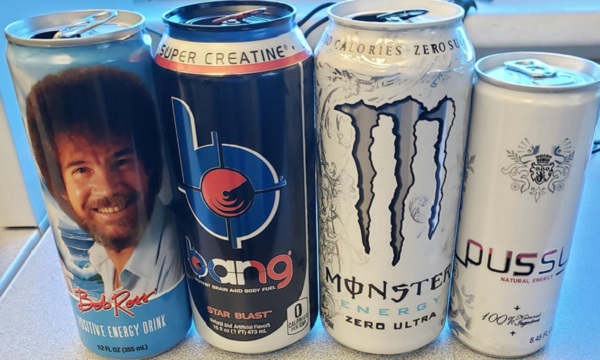 They Are Not Any Different From Your Coffee

A 16oz cup of Starbucks contains up to 300mg of caffeine which is higher than a similar size of Red Bull and Monster energy drinks. The only extras you pay for in energy drinks are the preservatives, flavours and extra sugar. Most analysts actually agree that taking coffee is better than drinking an energy drink as it helps you avoid the side effects of the chemicals in the drinks. The strongest energy drinks are the 5-hour energy shots which actually contain almost the same amount of caffeine or slightly higher than a cup of coffee.

They Are Safe If Taken In Smaller Quantities

The energy drink industry and its fizzy drinks counterpart are the leading earners in drinks sales globally despite the condemnation of their adverse health effects on the human population. Most regulators including the FDA and the EU Commission agree that it is safe to drink a can of Red Bull or Monster in moderation since they don’t contain enough harmful compounds to kill you. However, there have been lots of cases filed of adverse medical effects including even deaths associated with excessive consumption of energy drinks; especially when mixed with alcohol or other drugs. This is because the brain begins to adjust to dopamine surges after repeated drug use. As a result, it is preferable to consume energy drinks after you have overcome your drug or alcohol addiction. It must be noted that many drug addicts might be unaware of the deadly mixture that might be created as a result of consuming the said products concurrently. On of the first things they should avoid doing is to consume the two items concurrently or back-to-back. If they are however aware of their addiction problem, they can look for the nearest methadone clinic to seek medical help.

They Have Close To Zero Health Benefits

Energy drinks companies make adverts that purport that their products help people get stronger, more active and healthier but that is a misleading illusion. On the contrary, some studies have proved that energy drinks may affect brain development in teens. The high synthetic compound content, sugar and caffeine don’t improve your health in any way. Some of them add Taurine and B Vitamins to make their products look healthier but your body produces enough Taurine on its own and the foods you eat contain more than enough B vitamins to keep you going. 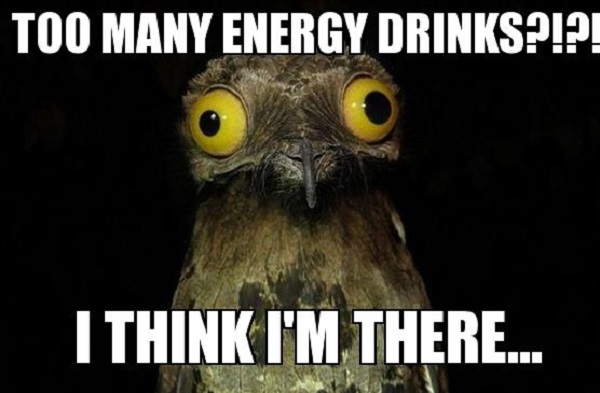 Mixing Them With Alcohol Is A Bad Idea

When Red Bull first hit the markets, it was marketed in universities and popular pubs as the perfect companion for people that enjoy the nightlife. As a result, many people mix energy drinks with their alcohol. Energy drinks make you feel less drunk than you actually are which leads to more drinking and that can cause alcohol poisoning. Most energy drink-related deaths are actually caused by mixing them in alcohol which leads to people overdrinking without noticing it.
If not death, overdrinking has some other serious consequences too. For instance, a situation demanding you to drive when drunk can lead you to an even more disastrous situation if you are caught by cops for DUI. If you are in a US state, you might be surprised to know what an arizona dui costs. The US lawmakers are too strict with drunk driving cases. You can avoid any of the above-mentioned extremities by simply being a little responsible while drinking.

They Increase Your Chances Of Developing Heart Disease

Many studies have proved that energy drinks abuse your heart and may shorten your lifespan significantly. Caffeine is a vasoconstrictor that blocks off your brain from detecting adenosine hormone which causes you to feel tired and sleepy. It is the main trick of energy drinks, but it only causes your heart rate to increase as blood vessels become narrower.

The process of overworking the heart increases your chances of suffering from a heart attack. A heart attack occurs when there is a sudden block of blood traveling to the heart. This usually happens within the blood vessels and needs to be treated as soon as possible. Though chances of survival are significantly increased when you receive the proper care and attention from medical professionals with quality training and certifications (perhaps one similar to this AHA BLS CPR Certification Classes in Atlanta). Such trained medics can provide on-the-spot CPR to children and adults, as well as other first aids like Heimlich Maneuver, AED machine use training, EpiPen usage, etc. Such quick response medical care can save a person’s life and increase the chances of survival in the case of a heart attack.

Additionally, the survival chances of a patient can be further improved if you decide to purchase a home aid solution for a heart patient in your family. You can look for options such as AED (check out the AED cost here) that comes with a user guide and can be used while you are waiting for professional help. Heart attacks happen for a number of different reasons, and many may not realize the impact that energy drinks can have on your heart health. A 2016 study discovered that energy drinks increase the heart rate even in young people and increase their chances of developing heart complications. The worst affected are the elderly although the risk is high even among young people.

The Stronger They Are, The Worse They Are For Your Health

The urge to gulp on that 5-hour energy shot is always very high especially if you want to stay awake a little longer and get some work done. That five-hour shot actually contains an alarmingly high concentration of caffeine per mg of water which is very dangerous considering the other additions made to these drinks. The alertness you get for the few hours come at a cost because energy drinks don’t take away the actual need for your heart and other body organs to rest. The strong boost significantly raises your heart rate making it work harder which increases its chances of suffering a heart attack. 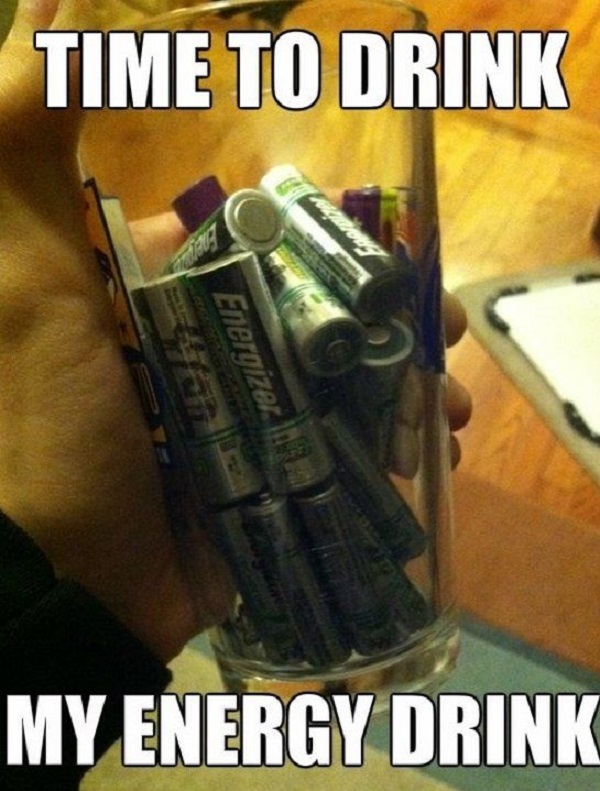 They Are Bad For Your Teeth

Sugary foods and teeth never go well together and your favourite energy drink is no exception. Energy drinks contain high volumes of sugar and they are also acidic which means the cause your enamel to erode when they come in contact with it. Sugar also causes cavities in your teeth.

Red Bull is just as controversial as Coca Cola and their use of the leaf of the coca plant in flavouring almost got them banned in Germany. The company is one of the few that use coca plant leaves to create their products under a special agreement with the governments in the countries they produce. The drinks contain trace amounts of cocaine but they are too low to cause any harm to the consumer according to the FDA. You would have to drink tons of cans to be affected by the cocaine in Red Bull.

If you enjoy your energy drinks do let us know which ones in the comments below.

Ten Foods That Give You Energy for the Day Ahead

Ten Tips For Saving Energy With Your Refrigerator

Ten Recipes for Limeade Drinks You Might Want to Try

Ten Sunshine Drinks That Will Always Make the Sun Come Out

Ten of the Very Best Recipes for Grapefruit Drinks

Ten Drinks Made With Figs and All the Recipes You Need