Children need to learn and love their food from a young age because it helps them become conscious about their health and life in general. The passion is best cultivated from a young age and nothing does it better than children’s cookbooks. There is a variety of cookbooks you can buy for your children to teach them almost everything they need to know about the kitchen.

These books are prepared in the best interest to grab the attention of children. From the cookbook graphic design to the tone of the language, there could be many factors that the respective writers overlook before publishing them. From children’s baking books to breakfast recipes for children, you can use cookbooks to nurture whatever passion your child has. Further, if you know some tasty recipes yourself and have some expertise in the kitchen, then what could be better than sharing it with them? Furthermore, you might also want to write down your secret recipes and have them printed from websites like doxzoo.com. This way you would be able to treasure your recipes, as well as, hand them down to younger chefs. For now, here is a review of the top 10 rated children’s cookbooks that you can invest in to get your children more involved in the kitchen. 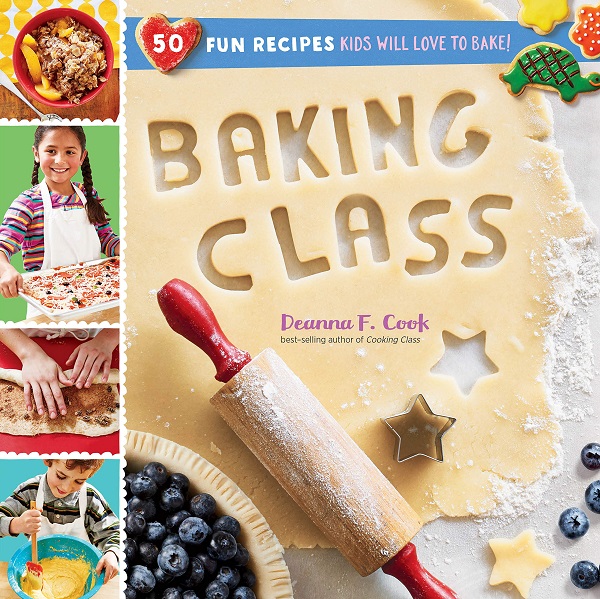 Baking is one of the skills that children can learn from a young age and this 2017 cookbook is still one of the bestsellers. It is meant for children aged eight to twelve who enjoy baking and it is specifically meant to help children learn all the basics of baking. It comes with fifty recipes which are enough to keep them occupied for a whole year as they master one recipe after another. The book gives children step by step instructions for kneading dough and decorating whatever they bake including biscuits with cream and fruits. It is the perfect starter pack for children that want to be master bakers. 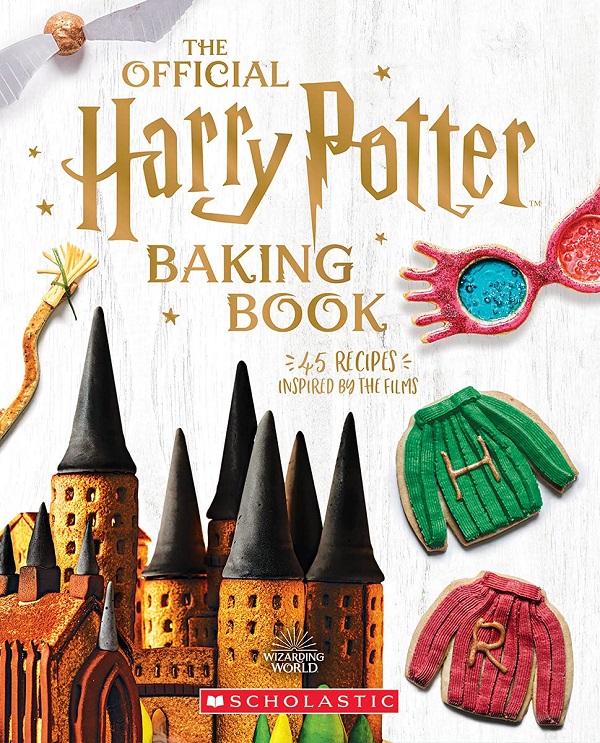 Children learn better when cookbooks look familiar to them and nothing looks more familiar to children than Harry Potter. Despite sounding like Hogwarts and wizards, this book is actually more educational than you can imagine. It allows your child to recreate the Great Hall experience by making their favourite pies and bread from the franchise including owl muffins and pumpkin patch pies. The best thing about this book is that it also contains information about foods and their nutritional value for all its 43 recipes. 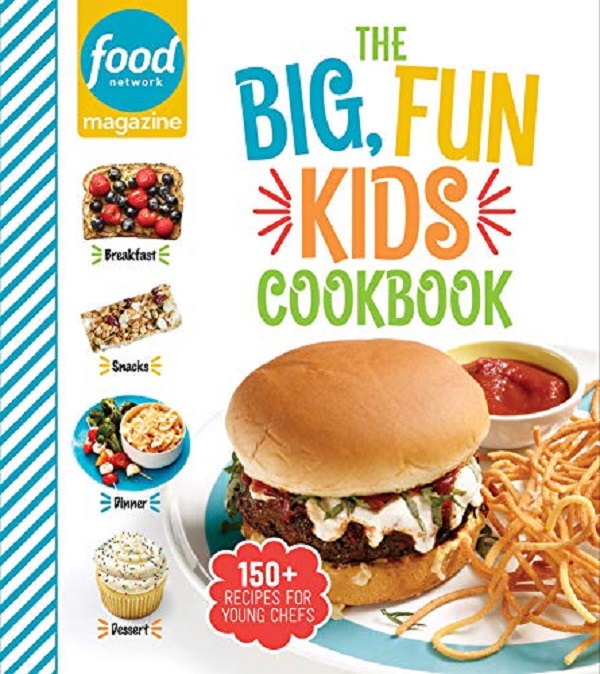 If your child likes watching America’s No1 food network, then they probably enjoy cooking too and even if they don’t watch the network, they will definitely enjoy some if not all the recipes in the book. It is a starter training for children of all ages and even adult novice cooks looking for new ideas for cooking, baking, dressing and decorating. It also comes with lots of food games you can play as well as quizzes that encourage them to remember and try out new recipes. It is a whole cooking course for children that they can follow for years. 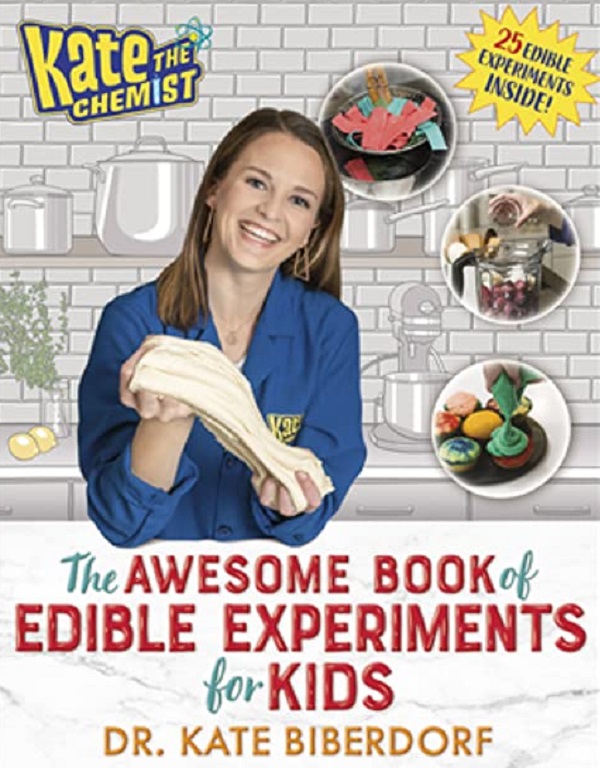 Who said your kitchen cannot be your child’s first chemistry laboratory? Kate the chemist is a chemistry professor and an entertainer who enjoys teaching children how to turn simple chemistry experiments into food recipes to cook their favourite foods. This simple cookbook allows them to merge classwork and the kitchen making it all fun. It has 25 experiments for making fun foods such as ice cream, rainbow pasta and candy right there in the kitchen. Each recipe also explains the chemistry concept behind the foods your child makes making it more educational. 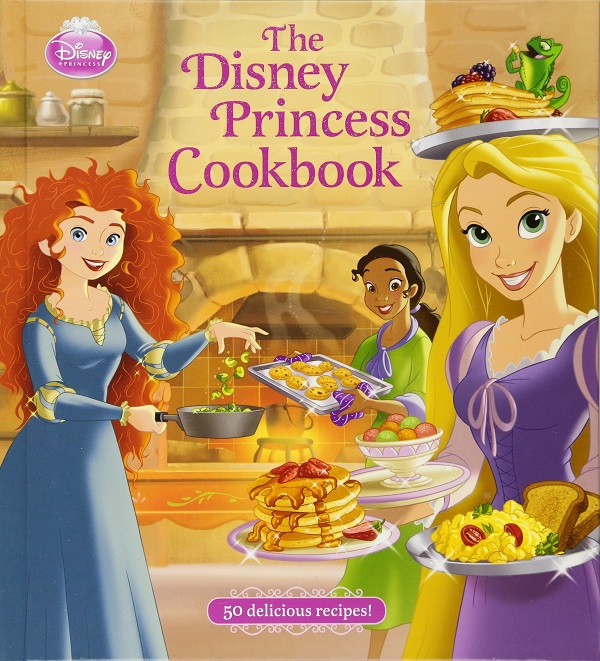 You have probably heard of this one already because it is one of the most famous children’s cookbooks in the world. Released in 2013, this book has been around for years and the testimonials are positive from all the years. It has recipes that teach children to cook anything from frying eggs to making their favourite desserts. It also includes difficulty ratings for its 50 recipes allowing you to guide your child through the procedures for the toughest recipes. It also includes a more detailed introduction to cooking and detailed recipes which help educate as they teach them to cook. 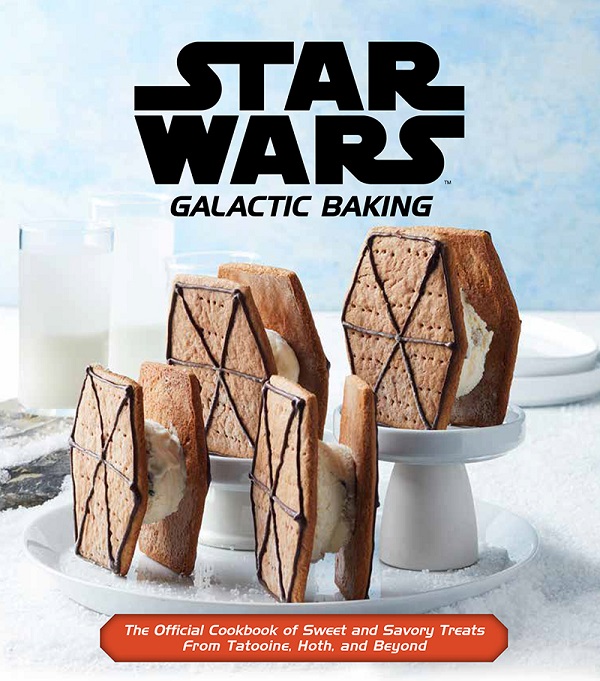 From Jedha to Hoth, everyone has their favourite planet in Star Wars and since each planet has its favourite food. If your child or family are fans of Star Wars, then this is the cookbook to buy for parties and family fun times. You get to recreate your favourite Star Wars moments from Dagobah dog pies to Mustafarian molten lava cakes right there in your kitchen. It is a cookbook suitable for all age ranges including adults so all Star Wars fans can enjoy it. 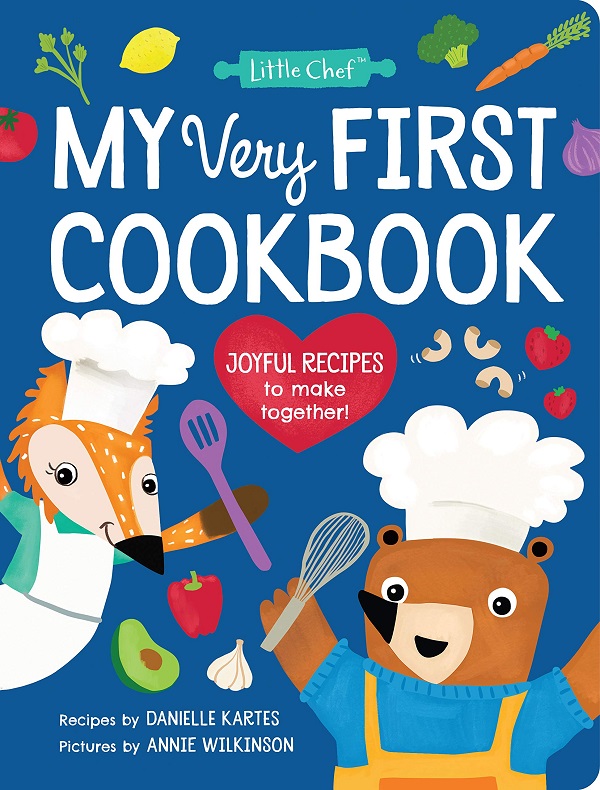 As the title suggests, this is a cookbook for beginners, customized to suit children with 45 recipes that they can follow with ease. It is the handwork of Danielle Kartes, the renowned food stylist and author from Seattle who curated the recipes to liven up family bonding moments in the kitchen. It is an all-rounded cookbook with recipes for breakfast, lunch, dinner, desserts and many other fun foods your children like eating. 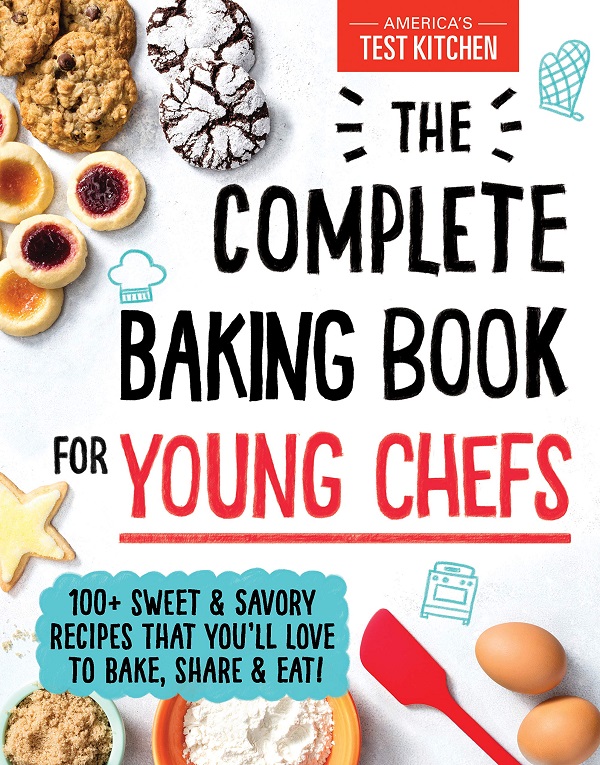 Cookies, cakes, pizzas, empanadas, brownies and everything else you think your child can’t cook may actually be easier than you think. This cookbook contains over 100 recipes for kids from the creators of the NYT bestseller Cookbook For Kids. The best part is that this one was actually tested with over 5,000 kids and the levels of difficulty attached to each recipe. It simplifies the hardest parts of kneading, mixing and other steps needed to come up with the best bread or cookies. According to the authors, they created the book to take children’s baking skills beyond cupcakes and muffins. 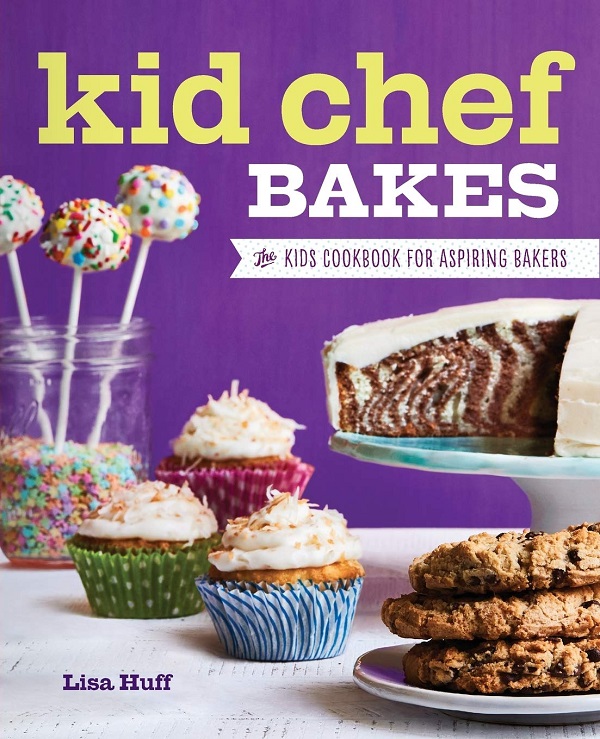 If your child enjoys baking and has been through the basics and you think they are ready for that next step, then this cookbook will make their perfect gift. It is meant for children aged 8 to 12 but the fun recipes included can be tried out by anyone that wants to learn how to bake new things including custom-shaped and decorated chocolate cakes, brownies and unicorn cupcakes. The book is also loud on safety, giving children the details for preparing and setting up tools before they start baking to get it right. 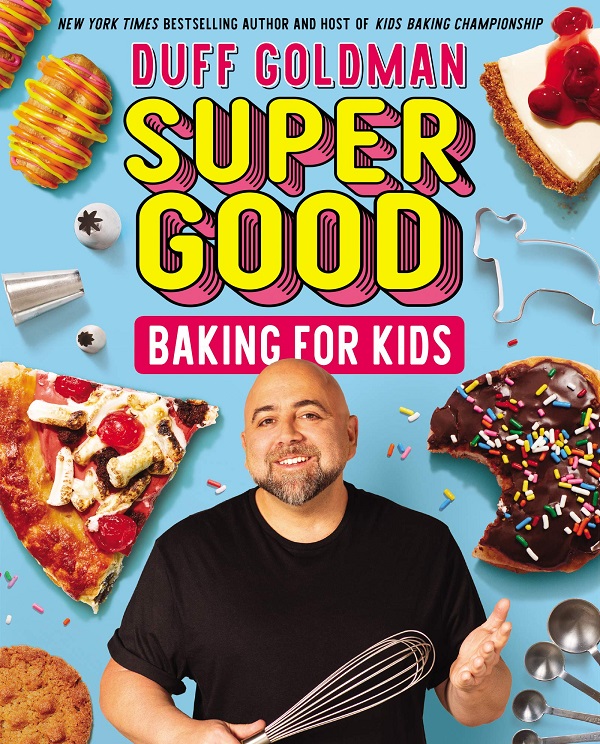 Duff Goldman was the winner of the Kids Baking Championship which aired on The Food Network. He believes that baking should first of all be “fun, super creative and super delicious” which sums up the recipes of his kid’s cookbook. It is meant to bring out the creativity in kids that like baking by teaching them to tweak recipes and make funnier stuff. The big book includes recipes for unicorn cupcakes, stuffed dessert pizza, creme doughnuts among hundreds of other recipes that every upcoming baker will enjoy trying out.

Do you know of any other good cookbooks for the little ones? If you do why not tell us about them in the comments below.

Top Steps To Take To Encourage Children To Like Vegetables

Ten Ways To Get Your Children More Involved In The Kitchen

Ten Healthy Alternatives To Processed And Sugary Food For Children

Ten Simple Safety Tips When Working with Children in The Kitchen

Top 10 Children’s Kitchen Tools to Get Them Into Cooking

Ten Foods and Drinks That Can Change Your Eye Colour in Just 60 Days!