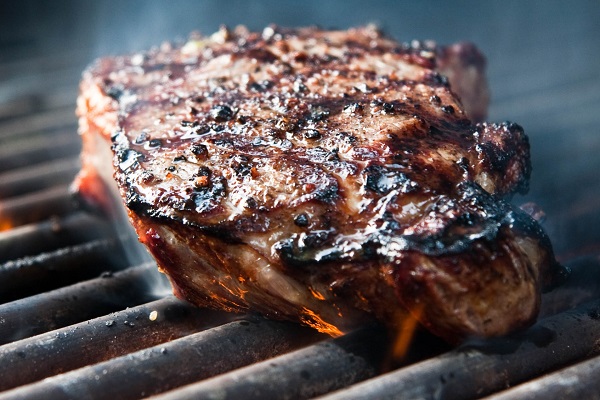 Cooking meat isn’t rocket science! Just take it out of the freezer, wash, cut and season it properly and then get to cooking according to your recipe. Sounds easy right? Well, it is not as easy as it sounds. There are many things you need to get right from the time that meat leaves the butcher shop package and many people make mistakes. Whether you are an expert at cooking or a first-timer, these are the 10 common mistakes you should avoid when cooking meat.

Cooking Meat Straight From The Freezer

The way you freeze your meat has a lot to do with how it cooks and you have to be smart about it if you are to enjoy your feast. You should slice or dice your meat before freezing it unless you plan to cook it whole. You should then remove it from the freezer and allow it to thaw in cold water or in your refrigerator. You should also take it out of the refrigerator for about 20 minutes before cooking it. You should also avoid thawing your meat on the kitchen counter because that can lead to bacteria spreading on the counter and onto any other food that comes after the meat.

That searing heat that the meat comes into contact with the moment it hits the pan/grill is a very important part of cooking your meat. The meat needs to hit an already heated surface when cooking so that it doesn’t dry out before it actually starts cooking. That way, you retain the full flavour of the meat and also get in it cooked evenly without sticking on the pan or grill for too long.

It is easy to just grab a stainless-steel frying pan and get your meat cooking but that often results in tough undercooked meat. Cast iron pans or other heavy-metal is needed for cooking meat because it can raise and sustain the high temperatures you need to get your meat cooked properly. You should also cook on a flat pan whenever possible to get an even heat distribution throughout the meat. Most stainless-steel pans are also coated with light material that peels off when exposed to elongated high temperatures which is essential for cooking meat.

Cooking Without A Thermometer

It may not sound like much but that digital thermometer could be the difference between well-cooked and poorly done steak. The meat needs to be turned after cooking for some time and you have to ensure that the heat is distributed evenly before inserting your thermometer so that the reading is reliable. You should then insert the thermometer firmly into the meat to ensure that the inside has cooked as well as the outside.

Failing To Give The Meat Enough Rest

When grilling or cooking your meat, you may assume that the juice and fat that come to the surface are all it has but that is not all of it. The juice concentrates at the centre and when you are done cooking, the flavour and the juices spread to the rest of the meat. You should therefore allow your meat to rest for 10 to 20 minutes after cooking before cutting it if you are to enjoy its full flavour. 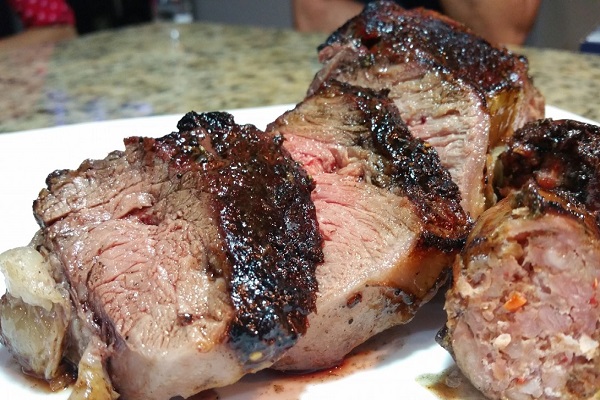 Putting Meat On The Same Plate That Had Raw Meat

It is unhygienic and grossly unwise but many people still do it. Fresh meat hosts lots of bacteria that you don’t want to come into contact with. You should thoroughly clean any surface that was in contact with your uncooked meat before putting any other food on it. Putting your cooked meat on the same plate that had your raw meat is nearly as dangerous as eating raw meat so you should get a fresh plate.

Cooking With The Wrong Type Of Oil

The love for butter and extra-virgin olive oil is good because it gives you a healthy option for your sauces but it won’t work when meat is involved. Meat requires oil with a high smoking point so you have to go traditional if you are to enjoy it. Using olive oil and other dark oils with a low smoking point will leave you with a smoky kitchen. The low smoking point also means that the oil gets overheated and changes structure releasing toxic chemicals into your food.

Turning The Meat Too Soon

The one thing you learn after grilling for long enough is that the meat will turn when it is ready. Your spatula is required of course but you don’t have to use it every second. You should allow your meat to suck in the heat and cook properly both on the surface and the inside. The meat will be dark brown and well baked on one side once cooked and it will be easy to turn without sticking to the grates.

Not Cutting Against The Grain

Cutting meat is not rocket science either but you still have to be smart about it. When you cut your meat pieces along the grain, you will end up with tough meat that will pose a problem when served. Cutting against the grain makes the meat tender and easy to chew.

Keeping Meat On The Heat For Too Long

Many people worry so much about taking the meat off too soon that they end up overcooking it. As long as you followed the recipe carefully, you shouldn’t be worried about the finished product. When cooked in the oven or grill, meat continues to cook from the inside even after being taken off the fire. Once your temperature reading hits 165 for the required time, take off the steak and let it rest and the meat will be fine. Overcooking meat ruins the taste even if it doesn’t burn.

Do you know any other tips for cooking meat? If you do why not let us know in the comments below.

Ten Things You Are Doing Wrong When Cooking Vegetables

Ten Mistakes You Should Avoid When Cooking Your Eggs

Top 10 Children’s Kitchen Tools to Get Them Into Cooking

Top 10 Things You Should Know About Wild Game Meat