Whenever a first-timer hears of Jamaica, they only think of the music, Rastafarians and the beautiful beaches but there is more to this beautiful island nation than songs and beaches. The Jamaican Cuisine is a fusion of almost all of the world’s cultures from Africa to India and Europe. The locals have since combined the best of culinary options from the different cultures and turned them into their own, creating some of the best foods the world has ever known. The foods on the island may sound common to the whole world but Jamaican spices and seasonings won’t taste anything close to what you are used to in the streets of your home country. Here is a look at the 10 must-eat foods in Jamaica. 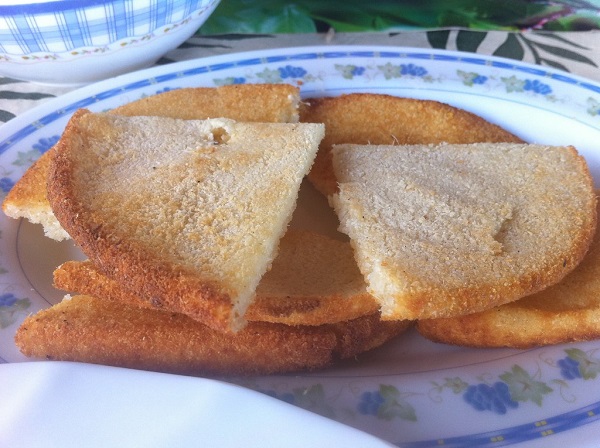 Bammy is largely the most original Jamaican food since it draws its history back to the Arawaks who are an indigenous Indian tribe that inhabited the island long before the Spanish arrived. Bammy is just flatbread except the dough is made from cassava flour. It is not complicated, it is usually soaked in coconut milk or salty water before being fried, toasted or baked in the oven and then it is ready to eat. You can serve it with saltfish, a stew or anything you like to eat alongside bread. It is more like crumpets. It is also considered one of the national foods of Jamaica. In Jamaica, you can buy Bammy in a store and go cook at home or from street vendors who sell ready-made Bammy all over the country.

They say no one should leave Jamaica without tasting Jamaican brown stew chicken because it is just awesome. The browning is brought about by the spices added which include lots of tomatoes, ketchup, bell pepper, black pepper, onions among other Jamaican spices. The taste may differ from place to place depending on the seasonings and spices used but ginger, onions and the aforementioned vegetables are always used.

The stew is considered a national dish as well and is therefore available in almost all Jamaican restaurants as well as street eateries. You can eat it alongside your favourite drink or with rice or bread. You can also find brown stew fish and other meats in Jamaica.

When served to you, the yellow tasty flesh of the ackee fruit will impress you but never forget that ackee is one of the most poisonous foods in the world. Unripe ackee is poisonous so it is not harvested until it bursts and its three black seeds and bright yellow flesh become visible. When served as a dessert or breakfast food with any salted fish, it makes one of the most loved foods in Jamaica. Ackee may be served alongside some meats or other types of food but Jamaicans love it best when served alongside salted Mahi Mahi, cod or mackerel. 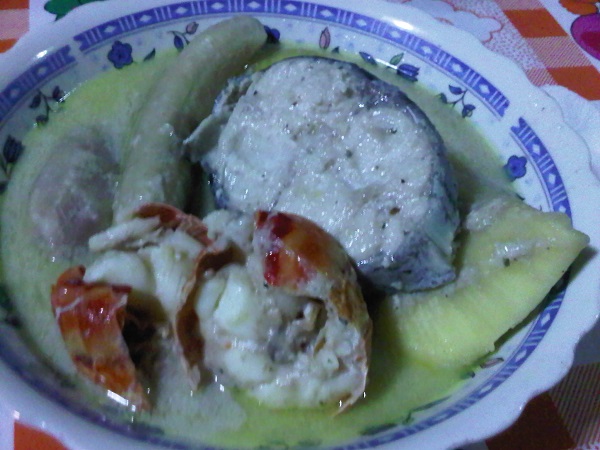 Run Down Or Run Dung

Don’t worry, this soup has nothing to do with dung. It is just pieces of mackerel or cod cooked until the pieces break apart in the bowl hence the name run down. The fish is usually boiled alongside vegetables such as tomatoes, onions and yams and cooked in coconut milk to give it that warm taste. The stew is mostly served with green bananas for dipping while you eat and many consider it Jamaica’s second national food.

Jerk which simply means food slowly roasted over a fire of pimento or sweetwood is a style of cooking popular with Jamaicans mostly used on chicken and pork although some people jerk fish, beef or other meats. Jerk foods have been cooked on the Island since the 1600s so it is as Jamaican as can be. The authenticity of Jerk depends on the ingredients used as well as the wood used to smoke it.

Nowadays, some people even jerk fruits and vegetables so you can check out these when you visit. The two key ingredients are habanero and pimento or sweetwood being used to smoke the food. For the food to be tasty, it has to be marinated properly by adding onions, salt, cinnamon, scallions, black pepper, thyme among other Jamaican spices. 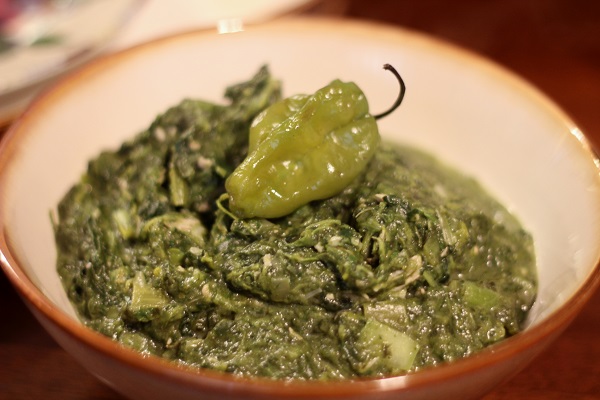 The name is hard to pronounce but this traditional Jamaican vegetable isn’t hard to swallow. It is just like spinach or kale although it is greener and fleshier. It is usually used to cook soups or cooked independently sauteed in onions and garlic. It is mostly served as a side dish alongside the main meal.

These are Jamaican meat pies but they are not anything like what you are used to at home. The outside is usually coated in turmeric so you can see the inviting yellow even before you taste the food. They are traditionally flatter than your usual pies and moon-shaped. Inside you will find small cut pieces of meat or ground meat mixed with bread crumbs then cooked in the rich Jamaican spices that make them aromatic. They are also sold in the streets although you will find them at restaurants as well. 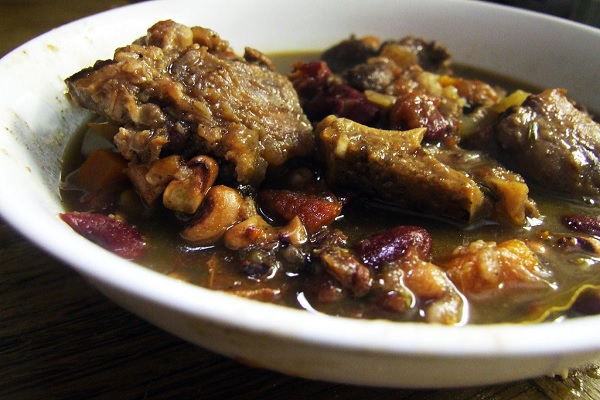 Yes, oxtail meat is a delicacy in Jamaica. Oxtails are not as bony as you may perceive them, but the meat usually has cartilage and is tightly packed so it has to be cooked patiently and be marinated properly to give it the taste. It can also be browned up, roasted into jerk or used in soup, but whichever way it is cooked, Jamaican oxtail dishes always taste good.

You are right there; curry is more Indian than Jamaican but Jamaican curry meats are nothing similar to Indian ones. Curry was introduced on the island by Indians brought to work on the plantations. As usual, the Jamaicans added spices to it. The heavily spiced up deep brown curry is then added to the same pot cooking goat, chicken or fish then simmered for long enough for the meat to peel off the bone easily when you eat. When properly mixed before cooking, the curry and the spices blend perfectly into the taste of the meat to give a heavenly taste. 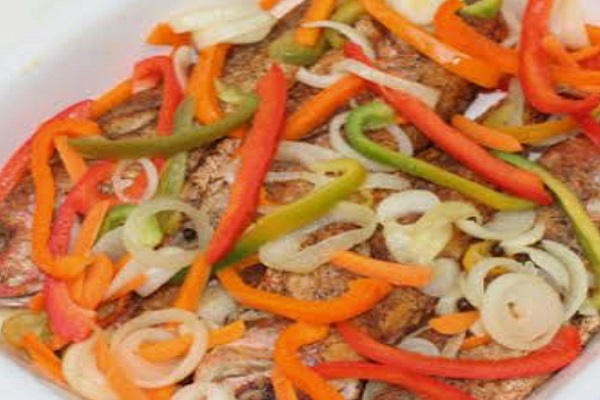 Whatever you do, don’t leave Jamaica without trying at least one fish or other seafood dishes and this one may just be your best pick. This foreign-sounding dish was introduced on the island by Spanish Jews and is still held as the traditional easter dish although it has to be cooked a day before it is eaten since it is believed to taste better the next day. It is just a fish such as mullet or a kingfish cooked in a dressing of red pepper mixed with vinegar, onions, bell pepper among other ingredients. You have to visit during easter to enjoy the best of it though.

Have you tried any of these dishes yourself, or know of any other Jamaican foods that should have made this list? If you do why not leave a comment and tell us all about it.