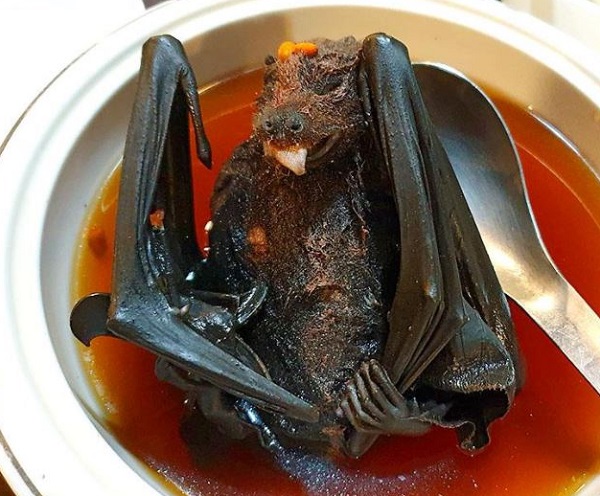 “Soup puts the heart at ease, calms down the violence of hunger, eliminates the tension of the day, and awakens and refines the appetite,” Auguste Escoffier said and it is still true in the 21st century as it was over a century ago. Soup is one of the most fulfilling meals you should have every day as long as you have the right ingredients. What makes good soup depends on where you come from though and some soup ingredients from around the world will make you want to redefine soup. Here are 10 gross and strangest soups served around the world.

This one comes all the way from the foothills of Mount Kilimanjaro where a tribe there took the notion of readily available ingredients to a whole new level The soup’s primary ingredients are bananas and coffee beans. They may also add meat, fish or whatever protein is available but there isn’t any, bananas and coffee will do. The unique ingredient for this soup is dirt though. They literally add dirt to the soup to allegedly give it a salty and earthy flavour.

Unlike other birds which build their nests using twigs and straw, swiftlet birds use their saliva to make their nests. The swiftlet birds build their nests in caves, often up in the cliffs so you they aren’t easy to harvest. Some people in China and other countries consider these nests a delicacy when used to make soup and therefore harvest them. The soup happens to be one of the most expensive ones in the world. 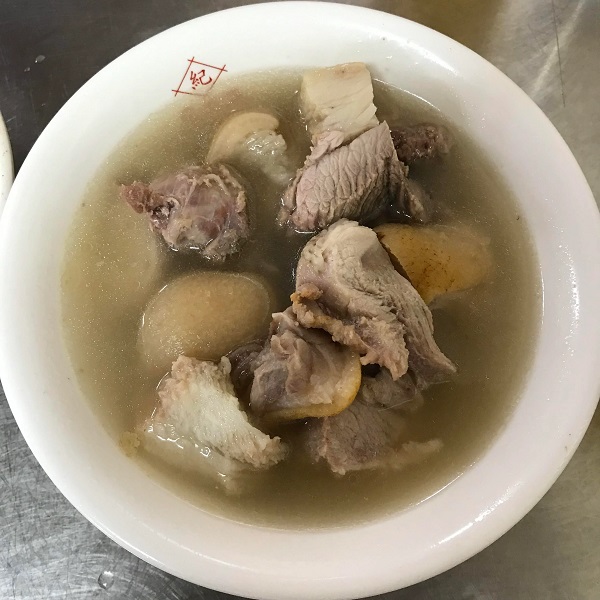 Did you know that roosters had testicles? Well, in Hungary and Taiwan, you may find some served in soup at a party. They are actually considered a special delicacy that is very common at important events and people are very proud to enjoy the soup. It is not clear why they specifically focused on this part of the rooster but this happens to be one of the most interesting soups you will ever have.

This one has been around since medieval times but considering its main ingredient, isn’t so popular even with beer lovers, you won’t find it in many households. It was first made in Germany and then spread all over Europe and other parts of the world. Depending on the recipe, it may include cheese, cheddar, or both but beer has to be part of the ingredients. You can actually taste the beer when the soup is fully cooked which is quite strange.

If you thought chicken testicle soup was strange, then wait until you are served one with whole bull gonads. Bull gonads are believed by some to be an aphrodisiac but there is no scientific backing for that belief. This soup is still popular in many places around the world. The only positive aspect of the soup is that it is served with vegetables and spiced up making it richly nutritious. 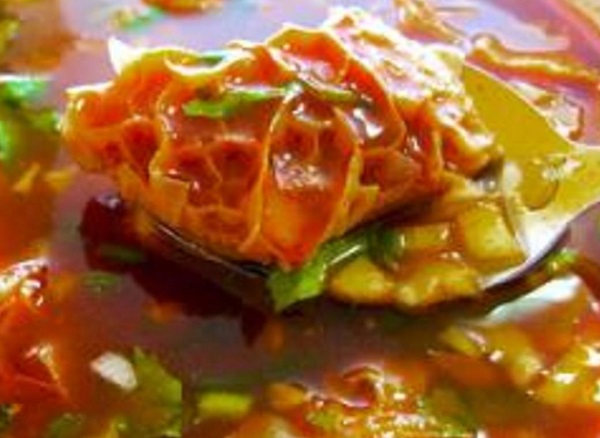 There are many suggested methods of curing a hangover but no one has a stranger method than Mexicans that rely on the power of Menudo. The soup’s main ingredient is a cow’s stomach which is why you need a strong stomach before taking a sip. It is made by simmering the stomach for hours and flavouring up the soup which is why it probably does cure hangovers.

Locally known as Tiết canh, the Vietnamese blood soup happens to be one of the scariest foods you will lay your hand on especially of you don’t like the sight of blood. It actually looks like a bloodied pizza when done but the main ingredient for this soup is raw duck or pig blood. The soup is then mixed with sauce and cooked meat but the blood is still warm and visible by the time you eat your soup. 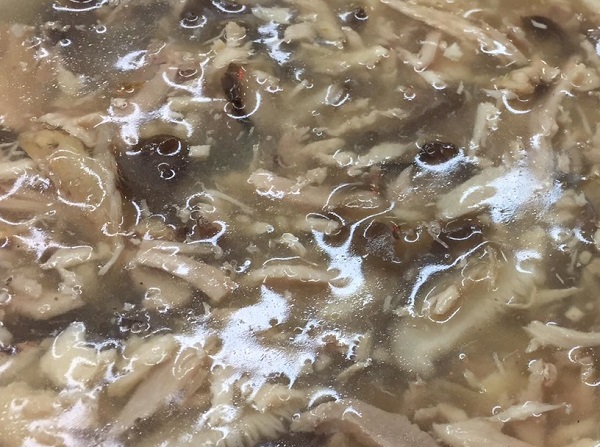 You can also find places in China and Vietnam where you can point and eat your snake at a restaurant. It is believed that the more aggressive a snake looks, the better the soup it will make. You will be served your snake whole starting with its bile and heart mixed with vodka or whiskey. Your snake will then be killed and served to you in bits as you like it including soup.

Fruit bats only feast on fruits which is a relief in itself but they are still bats and those little mammals are scary. The island of Palau still considers fruit bat soup a staple food and therefore this dish isn’t going away any time soon. The soup is prepared by seasoning and simmering a whole bat and actually serving it whole alongside the soup so all you gotta do is eat ignoring the bat in the dish. 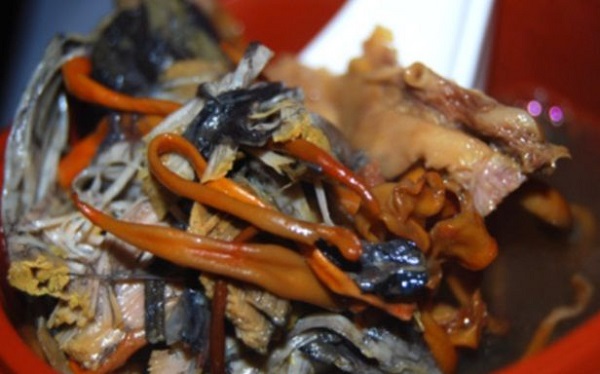 Deer placenta is not sold in China only, it is available online and in many selected places around the world. Traditional Chinese medicine had the belief that drinking soup helped postpartum women regain their Qi and also heal faster. It is also believed to help with vitality and sexual drive although there is little scientific backing for it. It is still used to make soup in many places around the world.