When you burp during or after a meal in London, New York as well as other places in the world, you will leave lots of people offended. However, in China, burping while eating is considered a nice gesture to the cook or your host that you have been well fed. The same goes for slurping loudly on your noodles which is acceptable in Japan but frowned upon in other places in the world. While eating is considered an essential part of life, every meal is a social event that has deep cultural importance. Every society has its own pieces of acceptable table manners and practices that many people will find to be strange. 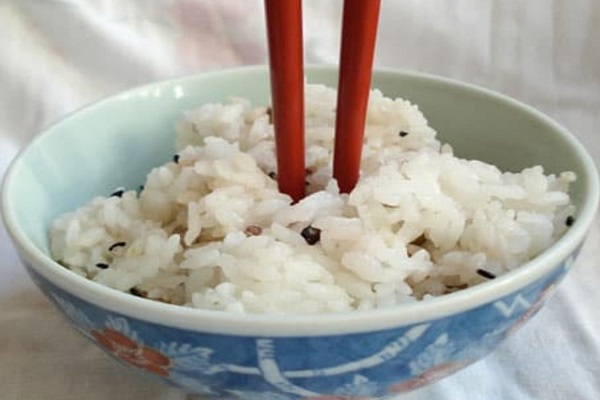 No Vertical Chopsticks In The Rice Bowl In Japan

If you die in Japan, a bowl of rice will be left behind at your funeral with a pair of chopsticks standing vertically in the centre. The bowl is meant to feed the hungry ghosts and protect the remaining loved ones from bad luck. When you go to a restaurant and erect your chopsticks in the rice bowl in a similar manner, you remind people of funerals and many see you as a bringer of bad luck. So, when you go to a Japanese restaurant, keep the chopsticks laying on the table and only use them when necessary.

Don’t Mind The Half-Full Cup Of Tea In Kazakhstan

In Kazakhstan, most families and even organizations welcome guests with a cup of tea. The only problem is that this cup is usually half full and many first-timers may be offended at having such mean hosts. However, according to local tradition, half a cup of tea means the locals want you to stay for longer and continue drinking more half cups. If you are served a full cup, then you are being advised that your presence won’t be acceptable for much longer. 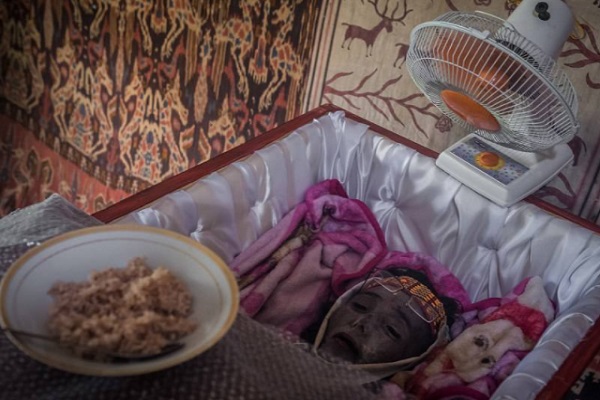 The Last Meal For The Dead In Indonesia

It is always sad to lose a loved one, but the hardest part is watching their empty spot at the table. The Toraja people of Sulawesi, Indonesia seem to have found the solution to this problem although it may not be the best for most people around the world. Here, after someone dies, they keep them around for weeks and their corpse gets to keep their spot at the table for some time. The commemoration continues even after the person is buried since burial is done by keeping their bodies in wooden coffins on a cliff. Every year after the rice harvests, the dead are brought back to dine with the living.

Don’t Use Cutlery In India

This doesn’t apply to all of India since most people in the urban areas have adopted the use of forks and spoons but many people in India still frown at the idea of eating using knives, forks and spoons. People here use their fingers to eat. It is not as messy as you may think though, most people only use the tip of their fingers. They believe that eating with your hands allows you to enjoy the meal better and that is also healthier. Curries and daals aren’t excluded in this tradition either. You don’t get to lick your fingers while eating though, that is reserved for after the meal.

Don’t Clean Up The Plate In China

When you serve your food in most places, it is considered courteous to finish your entire serving as a sign of respect for your host and general table manners. That is not the case in China though. If you clean up everything on your plate in China, your host or the chef will assume that you didn’t have your fill and are in need of a refill. So, just make sure you leave something small on your plate to show your satisfaction the next time you visit Beijing. 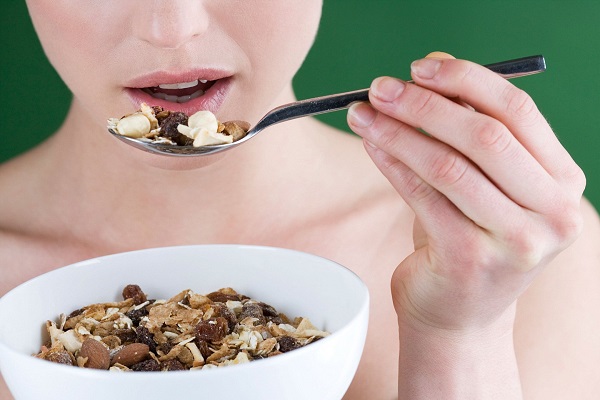 Don’t Eat With Your Left Hand In The Middle East

Now, this doesn’t just apply to the Middle East. Eating with your left hand is frowned upon in many places including India, parts of Africa and even Europe. The left hand is generally associated with bodily functions including cleaning up in the toilet while the right hand is left for eating and greeting people. Now, if you are left-handed, you are excused, but that means that these restrictions now apply to your right hand.

Don’t Use Forks To Eat In Thailand

In Thailand, you don’t have to eat with your fingertips as is the case in India, you can use knives, spoons and even forks but the fork can’t be seen delivering food to your mouth. So, while eating in Thailand, you have to keep the fork in your left hand the spoon in your right. With the fork, you can roll and push food onto the spoon but just don’t allow it to touch your lips. 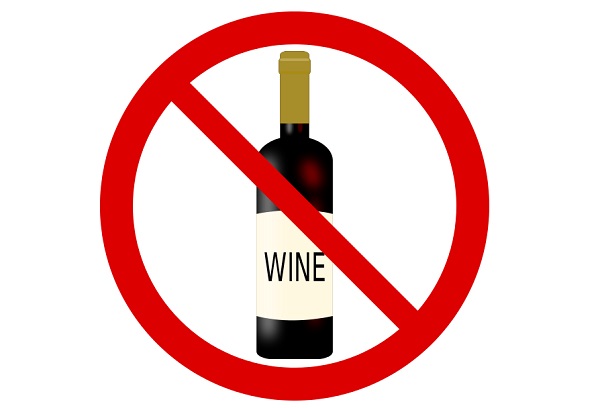 No Wine Before A Toast In Georgia

Georgia is one of the world’s largest producers of wine and also one of the largest wine consuming nations. However, the tradition of toasting is very important at every table in that country. If you find people toasting on beer in Georgia, then they are wishing you or someone else bad luck. Toasting is only reserved for wine and vodka. It is also considered bad luck and disrespectful to sip your wine before a toast.

Don’t Eat Before Your Seniors In Korea

This tradition is slowly fading with time in the South, but some families still practice it. It was considered taboo for the younger members of the family to eat food before their elders do, especially the most senior male member of the household. The same rules apply to guests who have to wait for the senior members to have a bite before they can dip in. Korean families are becoming smaller nowadays so this tradition is fading. 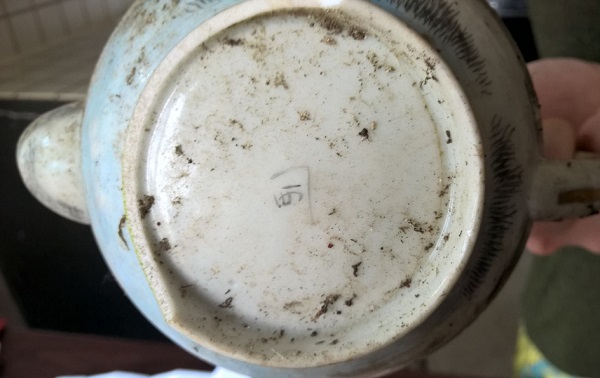 In China, those beautiful clay pots are believed to have souls. It is considered taboo to wash the pot like the rest of your pots so you won’t use those harsh dishwashing soaps and chemicals. They believe that harsh soap and chemicals will wash away the soul of the pot. In a real sense, that aroma of teal leaves that stays in the pot is considered a flavour to future servings of tea so they don’t want to remove it. To save the soul of the pot, teapots are only rinsed with water or a special type of traditional washing soap.