Every nutritionist will tell you to keep off from fast foods because something is always wrong with them as far as your health is concerned. When not using too much sugar, they will put too much high fructose corn syrup, too much sodium or too much-saturated fat. Drinks are thought to be the safer option by many but most drinks at fast foods are not safe either. You may love your can of soda or a double chocolate milkshake from your local fast food. While the bottle of water is alright, these 10 popular fast food drinks are the worst from a health perspective. 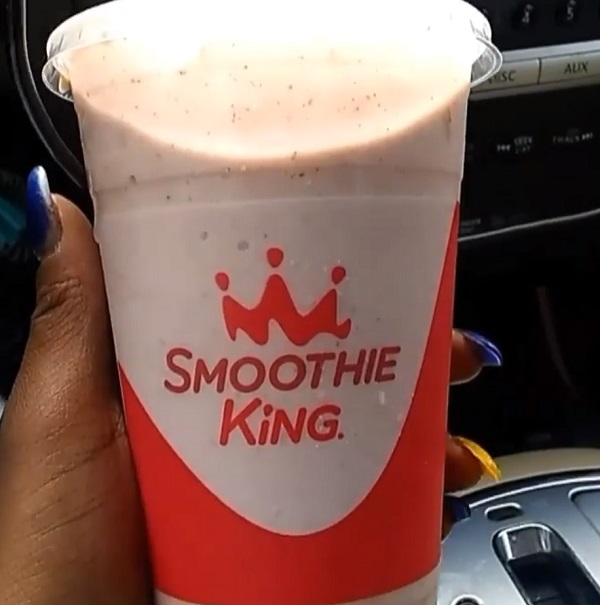 Smoothie King markets it as the workout smoothie but most of these calories won’t be burned by a whole week of workout. The ingredients are said to be strawberry, bananas, ice cream and of course their turbinado and hulk blend. The topping contains lots of sugar and saturated fat though. Served in a 40oz cup, this is probably one of the heaviest calorie drinks you could have in a single day but those calories are just not worth it.

You need about 2,500 per day if you are a full-grown man and 2,000 if you are a full-grown woman. You can make a few adjustments for weight and level of activity but none of those justifies gulping down 1,500 calories in one drink. On the surface, it may just look like cream, chocolate fudge and milk but that is not the case. The mini peanut butter shake packs a whole 480 calories while the large one which most diners prefer has 1490 calories. It also has 72g of saturated fat and 550mg of sodium. The worst part is that it has only 22mg of protein and very little fibre which makes it one of the unhealthiest drinks on the planet. 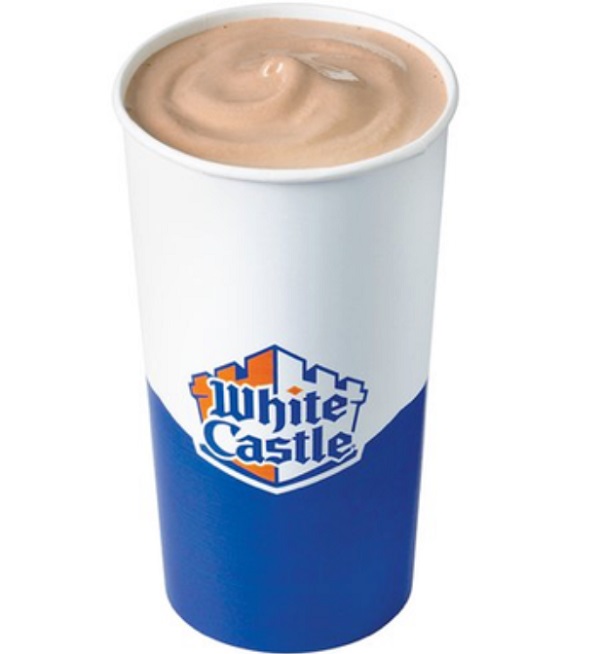 White Castle changes the ingredients of their chocolate shake and other products depending on the region but the calorie content of their 44oz chocolate shake won’t be any lower than this. With 75% of all the saturated fat your body can handle in a day and 500mg of sodium in a medium-sized cup, this shake is as unhealthy as eating a whole 500g pack of biscuits in one sitting. It gets worse in Cincinnati where the additional sugar and syrup increase the calories to 1350. It has no protein or fibre either so it doesn’t have any other nutritional value apart from calories.

The small Frosty packs 650 calories while the standard one shoots that to 1,000 increasing with extra cream if you ask for it. The drink is 77% carbohydrates and has very little proteins and fibre. A sing serving of this caramel frosty shake has more than half of all the calories you need for a day. The worst thing about it is its 500mg sodium content, 65mg cholesterol lots of saturated fat. If you make it part of your daily diet, it may be high time to reconsider. 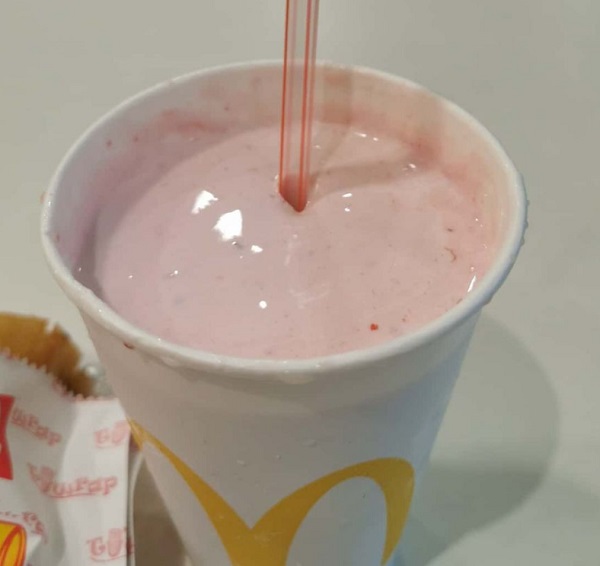 McDonald’s strawberry shake does taste like strawberries alright but it doesn’t have any actual strawberry dietary benefits. They use flavoured syrup to bring the taste and all that sweetness is down to the high quantities of HFCS and sugar. The big shake only has 19g of protein, against 940 calories with zero fibre! Sodium and unsaturated fat are not minimized either, leaving your body to handle nearly half your day’s requirement of calories in one drink.

This is another strawberry shake that has zero strawberries yet it is so popular around the world thanks to the brand. For the price of the shake, the least the company could do was use less sugar and probably a little protein but that is not the case. With all that syrup and sugar, a 30oz cup of the BK shake is more than what you get from eating three Big Macs which is outrageous. It doesn’t have any fibre and also very little protein.

Coffee is a strong enough stimulant on its own and when combined with too much sugar, corn syrup and all those miscellaneous ingredients, it becomes a belly fat machine. Dunkin’ Donuts’ frozen coffee is very popular but the calorie content is astonishingly high. The extra cream adds the drink another 22g of saturated fat and nearly 500mg of sodium which is nearly all you need for the entire day. That calorie content is more than what you get when you drink 6 cans of soda. 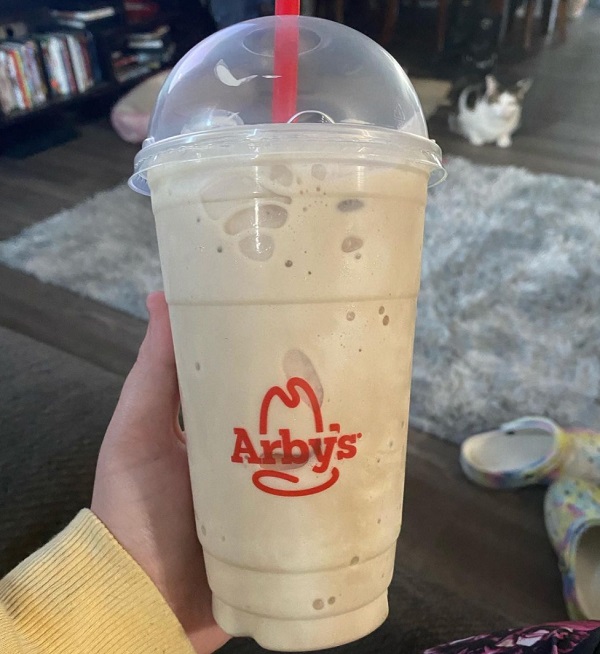 Arby’s does have some of the greatest fries in the world but you are probably safer ordering those fries with anything else but their ultimate chocolate shake. While the calorie count for this drink is scary enough, the most concerning issue is the high content of saturated fat. The chocolate shake has all the saturated fat you need for the entire day plus 150g grams of sugar. A can of soda with its 150 calories is definitely healthier than this.

There is a large and a medium for this one but none of them is any healthier. The large one has 105g of sugar while the medium one packs 86 g which is nearly as bad as any pack of candy you can eat. The high-calorie content is all down to the excessive sugar, syrup and cream added to the shake which leaves you at the mercy of your liver. It also packs nearly 500mg of sodium and an equally high amount of saturated fat so you should think twice before you go shaking. 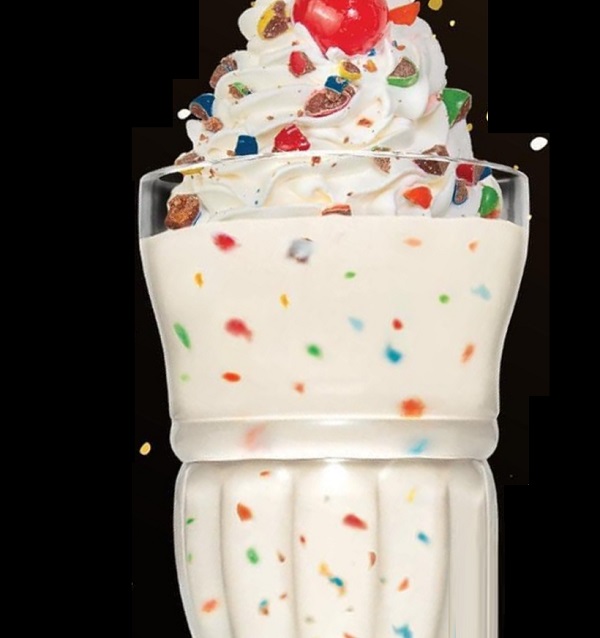 It doesn’t have as many calories as you would get eating a whole birthday cake on your own but it isn’t very far away from it either. It may look like an innocent milkshake from a distance but a single cup has 115g of sugar and 26g of saturated fat. This milkshake is healthier though as it has 39g of protein which is more than you will get from any of the shakes on the list.

If you know of any other fast-food drinks people should avoid why not tell us about them in the comments below.

Ten Benefits of Drinking Water You Might Not Know

Ten Foods You Really Need to Avoid When You Are Pregnant