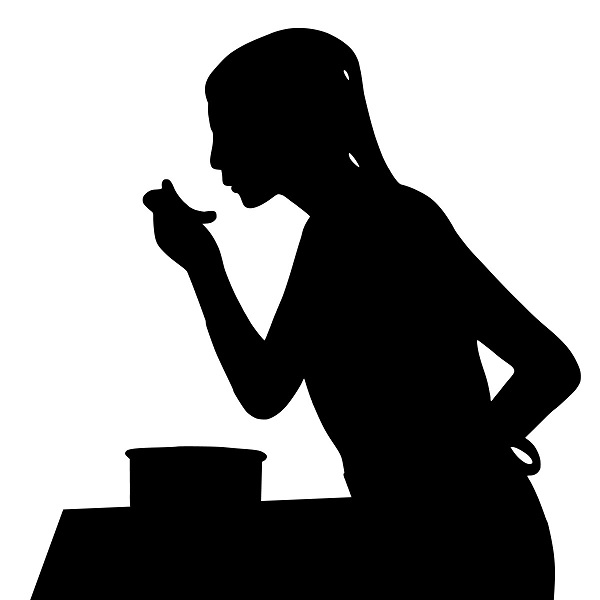 The pandemic hit Hollywood hard and many stars who couldn’t come to the cameras decided to bring the world to their homes by showing off their cooking skills. Now, unlike Angelina Jolie, of whom Brad Pitt said the best food she ever cooked was cereal, many celebrities are taking up cooking classes and turning into masters of their kitchens. Some of the biggest names in Hollywood have taken up the trend of showing their great cooking skills on social media. Some even host blogs and shows on cooking better meals and these 10 have come to the forefront as Hollywood’s best cooks.

After launching her initial cookbook labelled cravings, the model has gone on to publish more books of her favourite recipes. She also posts videos and pictures on her Instagram and blog while cooking with her family and sometimes with guest chefs. She took cooking classes at the French Culinary Institute and turned it into a hobby that now earns her a whole income away from her main career of modelling. Some people argue that she shouldn’t be called a chef because she doesn’t practice it professionally but she may well be your best celebrity chef on this list. 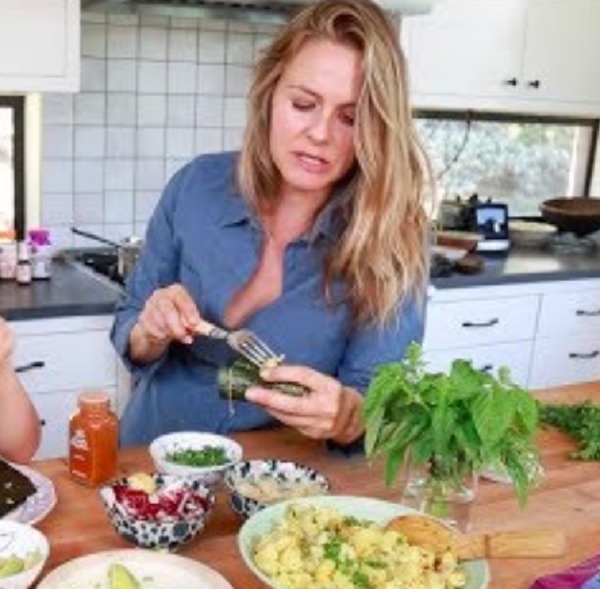 Alicia Silverstone is still making people smile on the screens since her time as Cher Horowitz on clueless. She is a passionate mom who enjoys gardening and cooking in her spare time but the kitchen remains her favourite hobby. She is an ardent vegan and a PETA activist and continues to advertise her vegan recipes online. She launched her list of recipes under the title ‘Kind, Not Clueless‘ which teaches the need to protect the planet and why a vegan lifestyle is the healthiest option to take. She also released her first vegan cookbook named The Kind Diet: A Simple Guide to Feeling Great, Losing Weight, and Saving the Planet.

“When I put a plate of food in front of someone, I want it to feel like a hug,” the Modern Family star said after confessing that cooking was like love to him. He is a passionate home chef that enjoys cooking different recipes including baking and also making cocktails. He co-wrote a cookbook called Food Between Friends with chef Julia Tanous. He confessed that he tries to replicate great favours he finds in restaurants and now runs his own blog on cooking.

Can joint-rolling skills turn you into a chef master? Well, that is apparently the case because the wrapper is a great cook and his cook show with Martha Stewart which had two seasons is proof of how well he can chop, dice and cook. He said his friend Gordon Ramsay taught him a great deal of cooking and was so confident with his turkey cooking skills that he invited Prince Harry and Meghan Markel to his house for Thanksgiving saying he would give them a great treat. 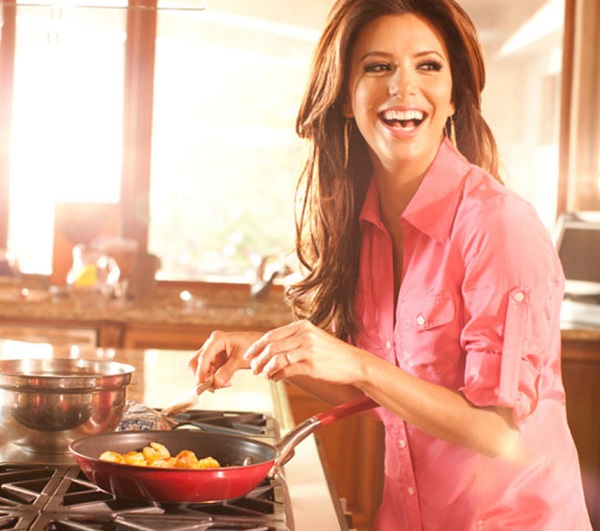 Forget her character in Desperate Wives, Eva Longoria is the author of the famous cookbook Eva’s Kitchen: Cooking With Love For Family And Friends which is a big hit in the Amazon cookbook market. She congratulated David Beckham back in 2021 for learning and perfecting his cooking skills as well. She describes her cooking skills as the perfect blend of Mexican and Texan cooking. She started cooking at a young age and therefore made it as a chef before her breakthrough in Hollywood.

The Kardashians are one of the most prominent families in Hollywood but there is a lot of controversy surrounding some of the claims they make. They all claim to be great in the kitchen but there is no proof of that except for their mother Kris Jenner who actually went to cooking school. She authored the cookbook In The Kitchen With Kris: A Kollection of Kardashian-Jenner Family Favorites which has some regular American and Armenian dishes. 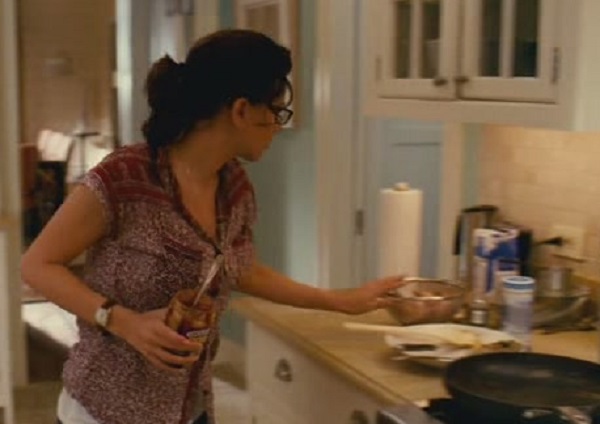 Named one of the most influential people in the world in 2021, Johansson is one woman to envy. First of all, she is a twin and rarely talks about her twin brother. She loves to keep her cards close to her chest which is why she rarely talks about her marriage. The one thing she never shies away from is her love for cooking. She doesn’t advertise her recipes in a cookbook but shares some of her sessions on Instagram. She said she enjoys cooking alone in while listening to music as her way of meditation.

If you are looking for help with your Italian ravioli and pasta, it may be time to consult Tucci’s cookbook. He confessed in an interview that he would be perfectly happy to have a kitchen. He said the first meal he made with his wife was a suckling pig which didn’t go so well but he went on to perfect his skills enough to perfect the recipes his grandparents made for him as a kid. He is now one of the best celebrity cooks. 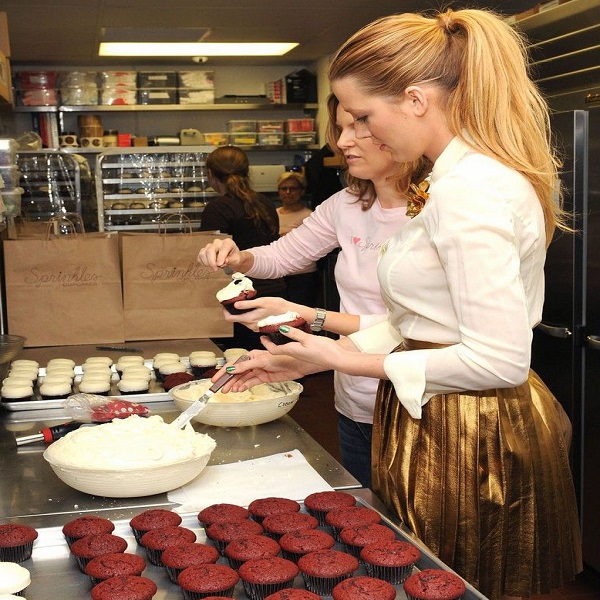 Guess who baked Beyonce’s birthday cake in 2014? Unlike her husband Ryan Reynolds who confessed that he lacks a lot when it comes to cooking, Blake’s baking skills are never out of the question. She can bake and decorate a good cake and when it comes to preparing a meal, Reynolds confirmed that she is a goddess.

Anna Kendrick’s baking skills are no longer a secret since she even displayed them in a music video for Cups. She wasn’t always a great cook though. She found her passion in baking after accidentally cutting her finger while in a cooking class. She attended the class with her What To Expect Whole Expecting co-star, Chace Crawford. She took the injury as her battle scar and went on to learn cooking in actual professional cooking classes. She now enjoys baking and making cocktails.

Do you know of any other celebrities or famous people who are also good chefs? Do let us know in the comments below.

Ten Great Ways To Put Your Leftovers To Good Use

Ten Amazing Recipes That Make Great Use of New Potatoes

Ten Great Reasons to Drink Beer (Like we need an excuse!)