The organic food industry is growing every year with over $50 billion in sales around the US in 2019 alone. That is an exponential rise from $39 billion in 2015 and just over $13 billion a decade earlier. However, the definition of which products actually qualify as organic to justify the 30- 50% higher price tag has been the bone of contention for many years. Even the USDA which certifies products as either organic or not in the US has a rather inconclusive definition of what organic products are. There is nothing wrong with insisting on organic products or the alternative, but if you are gonna pay higher for something, you have to at least justify the price tag. Here is a look at why the organic label on some products on the shelves does not necessarily mean that the item is organic.

Every country has its own standards for acceptable levels of pesticide residue accepted for a product to be labelled as organic. Countries in Europe, the UK and the US import food including organic from countries such as China, Afghanistan, Turkey and even Zimbabwe where the requirements for organic food labels are low and policing is not done.

Sellers have to rely on the third-party certifiers in these countries to certify products for the organic label, but some of these certifiers have never set foot on the farms and they only do it to earn their pay and leave. Authorities can’t prosecute cheaters in these foreign countries either. That is why most farmers say they would rather eat products labelled as inorganic in their home country than spend more on organic products from countries like China.

All foods are expected to meet government regulation standards of pesticide residue quantities before being allowed on shelves. However, organic products have a stricter requirement which states that the only pesticides used must be the product of naturally occurring animals, plants, microbes or minerals. Now, that standard is pretty wide and it accommodates lots of synthetic pesticides which can still be harmful.

The other problem with this regulation for pesticides is that it forces organic farms to use up more pesticides on their crops to achieve the same purpose as their conventional counterparts. As a result, if a pesticide was deemed less harmful in regular quantities and approved for use on organic farms, more of it ends up being used and the levels pretty much match the products from conventional farms.

Well! Pests cannot be denied in their ability to harm crops and, at times, infiltrate homes and cause infections, which is why it is critical to contact pest control Roanoke as soon as possible to get rid of them. Excessive use of anything, however, would be harmful. Pesticides, for example, can cause a variety of allergies and breathing problems when present in food that we consume regularly. As a result, it is advised to use pesticides only when absolutely necessary and when there is nothing else you can do to get rid of pests in your home.

It Is Impossible To Police The Soil And The Air

The very farms that have been growing conventional products for years are the ones being used to grow organic products. While some farmers shift to organic production, others don’t and that is a big problem. Most of these crops are therefore grown in the same region and in the same season, so as conventional farmers use the harsh chemicals on their farms, they spread onto the organic farms through wind or rainwater. The resulting pesticide and chemical fertilizer residue on the organic plants is no different from their conventional counterparts in the end. The certifiers mostly tend to focus on the process so the products will still be sold as organic. 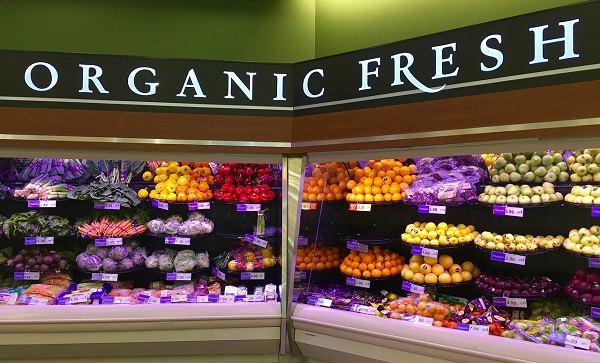 Organic In One Country May Be Worse Than Inorganic In Another

Equivalency agreements have caused lots of disagreements about the quality of food on the shelves for years. The US, Canada and the EU have equivalency agreements which means that food labelled as organic in Germany can pass in all the other countries as organic. However, conventional Irish milk is way more organic than German milk where organic farm animals are still fed concentrated feed and silage while Irish cows graze in the meadows.

The same standard applies to apples that require stronger pesticides and fungicides because they are monoculture and especially vulnerable to pests. Countries change regulations to allow farmers to use stronger chemicals to deal with pests even on organic farms. However, once they meet the local regulations, they will get that organic label which gives them an international pass but you may find that they are less organic than your local inorganic products.

The entire organic product industry largely depends on the ability of the farmers to stay truthful to the process. Now, organic farming is labour-intensive and the yield has been proven to be 20 to 30 percent less than conventional farming. The high price tag on organic products is supposed to make up for this difference in productivity. However, everyone likes the chance to make more money and have higher yields so cheaters are all over the place. The thing is, they don’t even need to really cheat. With the right farm accounting software, they could optimize their processes, divide equitably amongst organic and regular farming and come up with a way to stay profitable while not getting in trouble for adulteration or contamination.

Some farmers who have both organic and conventional farms simply mix up the yield and sell it all as organic. Others are outright cheaters who simply don’t grow anything organic but they still use the label. From open food markets in Europe to supermarket shelves in the US, many products grown conventionally have been sold as organic and there is little to nothing the supermarket chains and consumers can do about it.

Then there is the issue that some supermarkets and indeed fruit and vegetable wholesalers will sell something as organic when it really isn’t! Some do this because they believe it is organic, but others will simply slap a label on it in the hopes that no one does their diligence and checked up on it.

The same farmers that grow organic foods also grow other products conventionally. It is true that their procedures are evaluated yearly by inspectors but they are not exactly policed so mistakes can happen, as well as intentional violations. It would be hard to invest in a whole new set of equipment to run your organic farm independently from the conventional one so most of them use the same equipment on both farms which result in cross-contamination. To prevent this cross-contamination, it is possible to either sell or auction off the equipment used for conventional farming, on websites like Grays that you can explore here. New or used equipment can then be bought exclusively for organic farming practices. Not all farmers would have the knowledge or the desire to do this, however. The same happens in factories where you will find conventional wheat being processed right next to the organic and the results are very much similar. 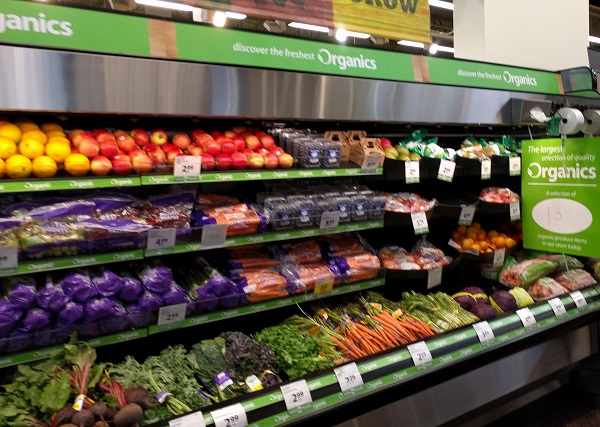 According to the Cornucopia Institute, the number one ingredient of organic food is integrity. Most organic foods are produced on small family-owned farms by farmers keen on undertaking sustainable and environmentally friendly agriculture. The demand for organic foods is higher than the supply though and as usual, corporate agribusiness has flooded the industry to cover the demand. However, once big business comes to industry, integrity becomes a thing of the past and that is what has happened here. In 2015, the Cornucopia institute sued the USDA for certifying large corporate farms whose animals never saw the light of day as organic product farmers. Similar complaints have risen all over the world including claims that the huge yields from large farms are a result of big corporate farms collecting yield from their conventional farms, mixing with organic yield and labelling everything as organic.

Conflict Of Interest Between Farmers And Certifiers

The organic industry has a funny way of policing itself. In the US, the USDA is in charge of certifying the products that are organic, and the body responsible is the National Organic Program. However, the NOP doesn’t do the certifying, they outsource it to third party organizations such as the California Certified Organic Farmers (CCOF) which in turn outsources a third-party inspector to certify individual farmers for them. 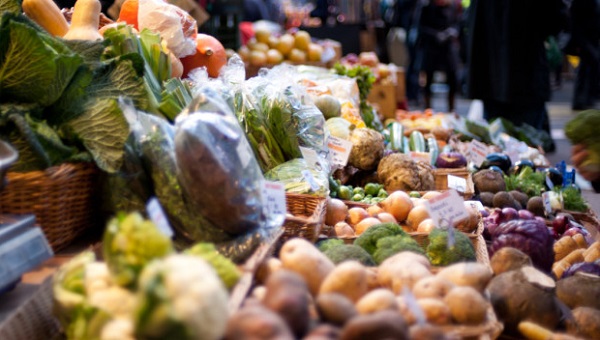 There Is No Way to Know for Sure

Here is the bottom line when it comes to organic foods, it is a fact that there is no real way to make sure 100% of anything that is called organic is indeed organic. It doesn’t taste any different, it certainly doesn’t look any different and there are very few easy tests that can confirm either way. The truth is if you like it and want to pay the premium for organic foods you should continue to do so.

Ten Fermented Foods To Include In Your Diets With Reasons

Ten Foods That Are Good for Your Mental Health

Ten Foods and Drinks That Can Help You Relief Stress