Civet poop coffee is considered the most expensive coffee in the world with each cup costing up to $100 which is understandable because waiting for those little cat-like animals to poop before harvesting the beans is not easy. Kopi Luwak, as it is known in Indonesia, isn’t the only disgusting food that is ridiculously expensive though. There are lots of culinary choices that people splurge lots of cash on that many people would find off-putting. Some of these foods are dangerous or illegal even, but one serving of each dish could be enough to bankrupt you. 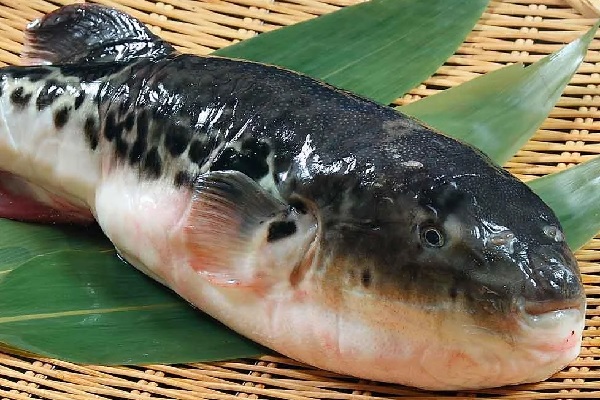 Fugu is simply pufferfish, but while some people in Japan will tell you that it is a delicacy, most will also tell you that it is the second most poisonous fish in the world. Most of its internal organs including the liver, ovaries and kidneys contain tetrodotoxin which acts on your nerves just like a nerve agent if you eat it. There are only a few chefs in Japan with licenses to prepare and serve Fugu with Fugu Sashimi full course meals being the most preferred by most food adventure thrills.

When you make your order, the chefs will pull one live fish out of a tank of sea water and start cutting it out right there before you. The skill needed to make the food delicious and also to remove all the toxin containing organs so that you don’t die is obvious. After the hard work is done, the meal will set you back around 10,000 to 30,000 Japanese yen in most city restaurants. Even when prepared by the best chefs, fugu still gives the eater a tingly feeling on the lips and in the stomach which many see as a way of cheating death.

Unlike Fugu which has been restricted to be prepared by specialists, this disgusting cheese from Sardinia Italy has been outlawed by the government. It is still sold in the black market for about $100 a pound or even more depending on who sells it to you. It is made from sheep’s milk which is fermented for longer than regular cheese and is also exposed to flies causing maggots to infest the interior and eat the inner part of the cheese to a near fine cream. You are then encouraged to eat it with the maggots swimming through, especially if you are a bride because it allegedly improves fertility. Only a few rich couples with money to splurge still seek out this disgusting cheese.

A kilo of white truffles from Italy or Germany cost at least $3,000 while its black counterparts cost about $800. You may wonder what this really is; Well, it is just a rare fungus that only grows under certain rare temperature and rain conditions and which are hunted in the spring in Europe with dogs. However, this delicacy also happens to be one of the smelliest foods in the world. And we are not talking about a sweet aroma here; Most people describe it as anywhere between rotten socks and a dead mouse. If you request for truffle shavings to be added to a dish of fries in New York, the price may jump by over $300 for the few grams that land on your food.

As we said in the introduction, Kopi Luwak or Civet poop coffee is one of the most expensive sources of caffeine in the world. This type of coffee came into the limelight a few years back when animal rights activists condemned the industry because the little raccoon-like mammals are caged on coffee farms in Malaysia and parts of Africa and forced to eat nothing but coffee cherries so that someone can enjoy an acid-free cup of coffee.

The Civets eat insects and small reptiles in the wild alongside other seeds apart from coffee beans which is why their life in captivity leaves most of them emaciated and scared with many ending up dead. The indigested cherries from their poop is still harvested and used to make the most expensive coffee in the world with a cup going for up to $100. A kilo of coffee from wild-collected Civet poop costs up to $1,300.

The bird in question here is the swiftlet which constructs its nests on high mountainous cliffs or buildings and moulds them using their feathers and saliva. These nests are hunted for in China and Malaysia and harvested as the main ingredient for this soup. Apart from being disgusting and a form of brutality against animals, this delicacy comes at the risk of death to the harvesters and contracting H5N1 bird flu for the consumers. It is still very expensive to acquire with a kilo of common white and black Swiftlet nests costing $4,000 to $6,000 while the rare red swiftlet’s nests costs $10,000. A single bowl of the soup in the US costs $35 to $100 depending on the nest used to make the soup.

Many people call it the most expensive fruit in the world since a single pineapple costs anywhere between $6,000 and $10,000. Don’t be thrilled just yet though, these pineapples don’t enjoy the year-long tropical sunlight that their counterparts from the rest of the world enjoy. The UK doesn’t have a tropical climate suitable for growing pineapples, so to produce one, you need a greenhouse heated with horse manure and the plants have to be planted in the manure while being watered regularly with urine.

They are grown at the Lost Gardens of Heligan in Cornwall where the 3ft deep and 40ft long trenches are filled with horse manure which has to be turned frequently. The 10 plants per trench are very labour-intensive taking in tones of horse manure and horse urine. After two years of feeding exclusively on these gross ingredients, the most expensive pineapple is harvested and its price tag is high enough to scare anyone. 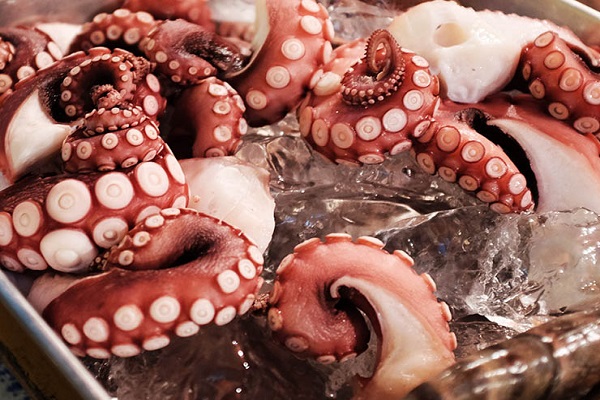 Octopuses don’t die when you cut off their heads. Well, technically, they die but their arms continue moving around for up to an hour after the head is cut off because each limb contains its own neurons independent of the brain. The other risk here is that octopus arms tend to stick on things and your esophagus isn’t an exception. Sannakji is still one of the most admired Korean delicacies all over the world.

Finishing this meal alive may largely depend on your ability to chew properly because the baby octopus’ arms may choke you. A plate of Sannakji, with one or two baby octopus’ arms, in New York and LA may cost you anywhere between $30 and $100 depending on the chef.

Moose are magnificent herbivores especially when you see them on TV, but when you meet one in person, your opinion may shift rather quickly. Moose are very smelly animals, and when food is scarce, they invade people’s homes and forage through the trash cans for food. They also get infected by some nasty pests sometimes, so not exactly the best choice for a source of protein. Still, moose-milk farms thrive in many parts of Scandinavia as farmers domesticate them for their protein-rich milk. The process of domesticating a moose and wooing it to stay after the mating season so you can milk it is a hard and sometimes dangerous job. The cheese costs up to $1,000 a kilo, a tribute to the miracle that makes it possible in the first place.

Civet poop coffee is expensive but elephant dung coffee isn’t far down that list. Some people still consider elephant dung coffee as the most expensive coffee in the world. When condemnation grew around Civet coffee because of the mistreatment the animals faced in Ethiopia, Indonesia and Kenya, farmers in Thailand changed tactics and started feeding coffee cherries to their elephants to gain from where the Civet kidnappers were losing. Of course, elephants can process more cherries than civets and the result is probably the same in terms of taste, no one really knows. The only fact about it is that beans harvested from elephant poop cost up to $100 for 35 grams which would make each cup very expensive. 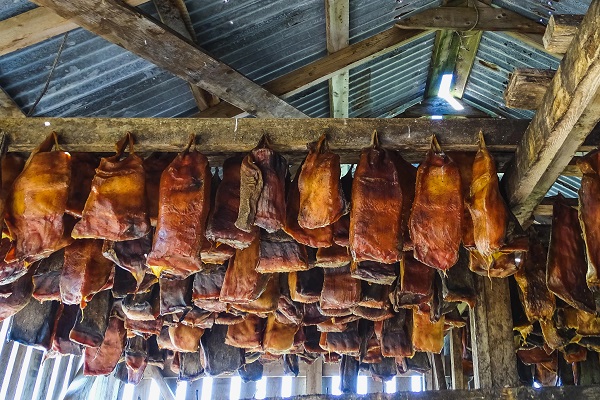 Sharks don’t exactly have the most advanced methods of releasing urea from their bodies so eating raw shark meat may kill you because the toxins leak into their flesh. However, the Vikings discovered that if they buried sharks underground for months before air drying them, the toxins would be neutralized. With the fermentation comes the pungent smell though and that is where the cringe around eating Harkal starts. The meat tastes of rot and ammonia according to those that have eaten it. The longer it is fermented, the safer it is, and also the smellier it becomes. People still enjoy this traditional Viking dish in Iceland with some even selling it online. A 1000g can of Harkal costs $35 to $100 depending on who is selling. The price may be higher in traditional restaurants in Iceland.

The Top Ten Best Foods You Can Eat for Nutrition