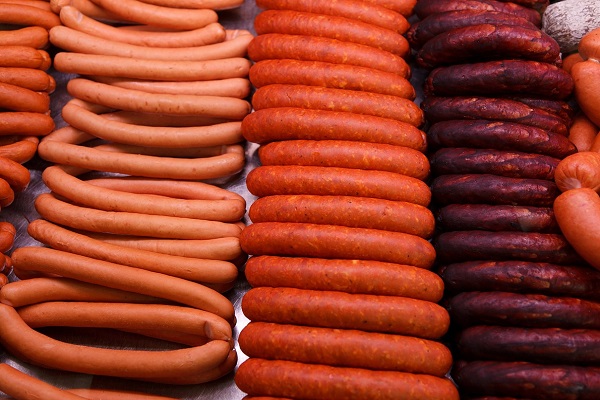 A delicious serving of minced meat or another protein in the case of vegan sausages stuffed into a tube made of skin or cellulose that is very irresistible is all we think about when we see a sausage. The truth is you should probably never think about what goes into a sausage if you want to enjoy it, just close your eyes and take a bite!

The truth though, is that there are some sausages that people don’t talk about openly. They are well-kept secrets only mentioned in whispers yet still enjoyed by many all around the world. Now, pig blood and horse meat being used to make sausages may be stomach-churning enough for some but you haven’t seen anything until you taste these 10 less-than-palatable sausages from around the world.

Also known as the African blood sausage, this is one street delicacy in Kenya whose sellers won’t approve of you asking about the ingredients. Most of the sellers are unregulated, so it won’t exactly meet the definition of safety standards for the authorities. It is still enjoyed in most cities with most people believing that it is best enjoyed in the dark. The known ingredients are goat, cow or lamb intestines into which the other ingredients are stuffed and of course, blood seasoned with onions, garlic, chilli and whatever additions the chef may decide to include.

The minced meat which causes many to frown at these grilled sausages is mostly collected from whatever part of an animal that can’t sell at the butchery. It includes tripe, fat, tongue, ears, stomach and suet. The biggest concern about these sausages is the unhygienic conditions in which they are prepared and served. Your trip to the African Savanna still won’t be complete until you take a bite of Mutura in the streets

Scotts love their haggis and even have an entire national holiday of sorts dedicated to the sausage which is now consumed all over the world. Most of the ingredients used to make haggis are the animal parts most people don’t exactly consider delicacies. It is still a popular crumbly sausage served alongside neeps and tatties or used to stuff chicken and turkey. Most options are now commercially produced and stuffed in a synthetic casing rather than natural animal stomachs or intestines.

Traditionally, haggis was made by stuffing the offal into the stomach of the animal and simmering the mixture. While sheep were the most common source of haggis in the past, most modern versions are made using cow’s minced lungs, suet, liver, heart and other offal that won’t be sold in the store. The meat is then mixed with oatmeal and flavoured with onions and other spices before being stuffed into a synthetic stomach or a cow’s colon. 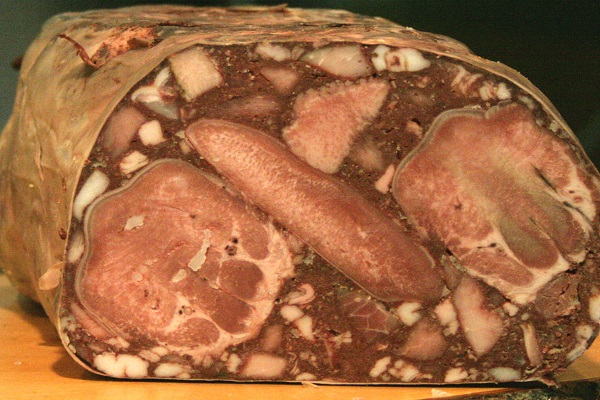 Zungen is German for tongue while Wurst means sausage; so, this is a sausage whose ingredients are sourced north of a pig or cow’s neck. If you thought eating a pig or cow’s tongue was gross, imagine the tongue being pickled! The alternative name for this sausage is blood tongue sausage because the pieces of pickled tongue are bound together using pig’s fat, suet and blood.

Zungenwurst is seasoned in hot pepper and other strong spices which often muffle the smell. Zungenwurst is just one of the thousands of sausages made in Germany whose ingredients aren’t very appealing to most consumers but the taste often disproves the doubt. The only relief with this one is that it is not smelly but some people eat it chilled which would give you some chills.

Most reviews refer to this sausage as the stinkiest in the world but the devotees of this traditional French sausage like it smelly. It is believed to have originated from the Middle Ages which may be true considering the fact that it has to be made by hand and the preparation is more of an art. Its primary ingredients are the stripes of a pig’s small intestines inserted into its colon and then boiled for hours.

The seasoned tripe is striped by hand and then the real artists get it stacked into the colon perfectly so that when diced, you get perfect sausage-looking slices. Many versions of the sausage which may include the tripe and small intestines of other animals come from other regions as well. The seasoning done in nutmeg and champagne is the main source of the stinkiness that some describe as the smell of decay.

Once fermentation becomes part of the preparation process, even the least stomach-churning ingredients won’t sanctify a sausage for those with weak stomachs. It is made using pork which is a great ingredient to begin with. It is then mixed with sticky rice to get the filling effect and then fermented for 2 to 3 days. However tasty it gets, the thought of stomaching three-day-old rice and pork is just scary for many.

The salt and spices used before fermentation prevents the sausage from taking on the smell of decay which is why this street sausage is still a delicacy in Thailand. The sausage tastes more like salami thanks to the heavy garlic seasoning. 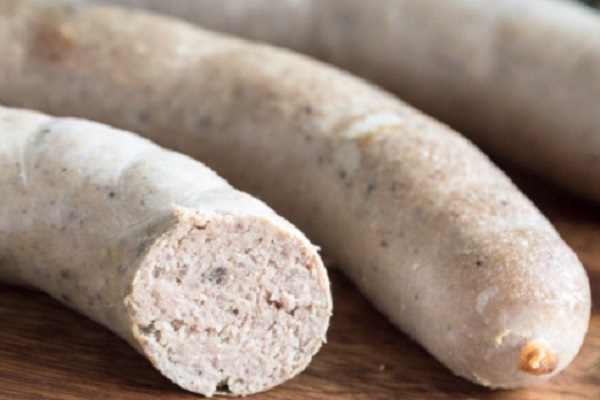 Poland doesn’t have as wide a variety of sausages as Germany but whatever they create, they do it to perfection. That is why this is one sausage people rarely frown at until after they realize that pig brains are the primary ingredient. The thought of feeding exclusively on brains doesn’t go down well with most modern consumers, so other versions of this sausage are now being made using pork and other offal like skins, lungs and hearts. The final taste after seasoning with onions, garlic and nutmeg is milder than the other sausages in this list.

Cornwall and parts of Devon have their own version of Haggis known to many as West Country Haggis. Unlike the Scottish version, this one is made using a pig’s fat and that means a lot of fat mixed with suet and other offal and of course encased in intestines.

Hog’s Pudding is still a popular breakfast dish but you have to be really careful when frying them because they tend to explode in the pan thanks to all the fat used. The sausage can also cause a big mess in the oven of overheated so you have to be careful not to overheat it. Most versions use oatmeal or barley for filling. Some versions are prepared using pig’s skin which makes them more rubbery than your usual sausage.

Eating black pudding, also bluntly called blood sausage requires a strong stomach on its own. In Denmark, the version of blood sausage prepared that is so sweet, it may make you change your perception about blood-based foods altogether. Sugar was traditional included to improve the taste of the blood. There is no limitation on which animal’s blood is used to make Blood Polse. Most versions are made using a pig or cow’s blood but sheep, deer and goat blood can also be used.

It is hard to tell the animal that “donated” the blood once the seasoning and cooking are done. The blood is then mixed with suet and fat to bind it together and then sweetened with sugar. There are different versions of Blood Polse throughout Scandinavia with different flavours including milk, cardamom, oatmeal and garlic but lots of sugar is the one thing that unites them all.

Eating horses and donkeys is a strange habit for most people in the West but quite normal among traditionally nomadic people in central Asia. The nomads believed that horse meat could have a warming effect on the body in the winter. Horse meat, on its own, is hard enough to stomach, but when it becomes offal encased in a horse’s intestine, it becomes a dish for those with strong stomachs.

The fatty meat from around the ribs or the horse’s behinds is the most preferable when making Qazi. The meat is mixed with fat and flavoured with black pepper, cumin and garlic before being cooked. The sausage is common in most Central Asian countries including Kazakhstan and Uzbekistan. Some versions are prepared by fermenting which asks for more patience when eating. 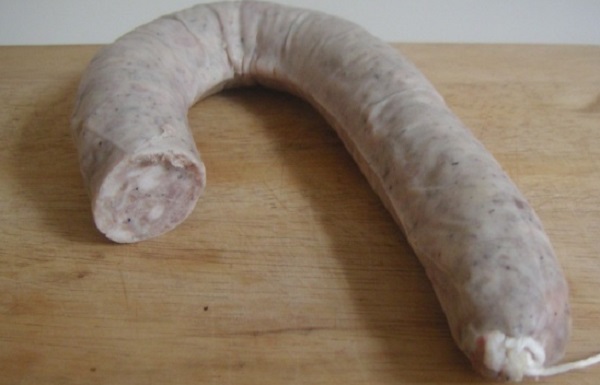 Known as the sausage that leaves nothing behind, this seasonal treat from Portugal is one of the least appetizing sausages in the world. It is common during the pig slaughtering season in parts of Catalonia and Portugal between December and February.

These sausages are made using whatever part of the pig is left behind after the slaughter, including snouts, tongue, head, head-skin and even the ears. The cured meat is encased in natural casings such as the intestines or the stomach and the flavours depend on the home where they are made. These are mostly homemade sausages so they are rarely found outside the country of origin.

Have you tried any of these sausages? If you have why not tell us about them in the comments below.

Ten of The Worlds Smartest Toasters You Can Buy Right Now

Ten of the Worlds Best Garlic Presses Your Money Can Buy