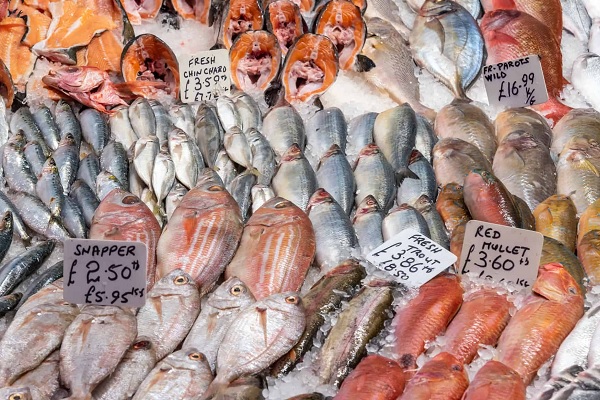 Coal-burning power plants release tons of methylmercury into the air every year and this mercury ends up being washed into the soil and into the rivers, lakes and oceans. There is really no way to avoid having any mercury in food, you only hope to eat food that has very low quantities of it. Fish tend to absorb lots of mercury though as most of the pollution ends up in their home and the longer the fish stay alive, the more mercury they accumulate. It gets worse if these fish eat other fish because, now they have twice the mercury consumption which is why the FDA recommends eating no more than 12 ounces of fish for children, pregnant and breastfeeding mothers and women of childbearing age. These are the fish that accumulate the highest levels of mercury that you should watch out for.

The FDA and other food quality regulation authorities agree on quantities of 1PPM in seafood as the safe level for human consumption. Sharks being a predatory species that can live for up to 30 years, they can accumulate dangerously high levels of mercury. On average, a shark will have 0.979PPM of mercury but some species have recorded highs of 4.54 according to the FDA which is dangerously high. You can be sure that a shark will have high quantities of mercury and therefore should be consumed in moderation to prevent mercury poisoning.

Swordfish is considered the best fish for grilling, especially if you find a mature one. Swordfish is mild and therefore acceptable to most people that are not used to the taste of fish. However, being an ocean dweller and a predator, swordfish scores poorly on the mercury scale. Swordfish has a mercury content between o.995 and 3.22 PPM on average which is in the red zone, especially for the aforementioned high-risk groups.

Tilefish tastes great, even when prepared by an amateur because it is one of the easiest whitefish to prepare. There are different types of this fish known as “the poor man’s grouper,” that you should know about. The ones from the Gulf of Mexico have high PPM readings between 1.123 and 3.73 which is too high even for non-high-risk people. Atlantic tilefish tend to be low in mercury and often stay below 0.5PPM which is safe for consumption. 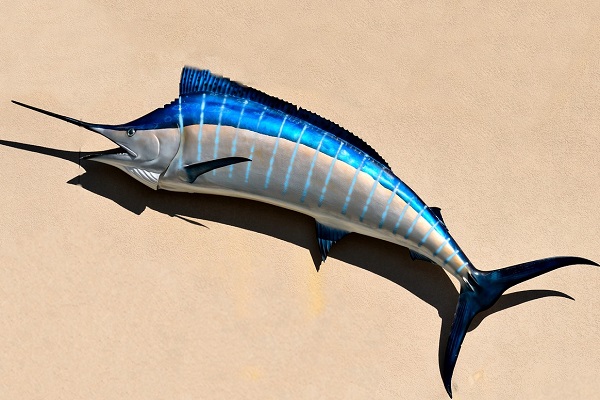 Marlin, especially the real giant ones are amazing to look at but yet people eating them. Many people describe the taste of well-prepared smoked marlin as the holy grail of seafood which is why many may be tempted to try it. Most of these giants are safe to eat with mercury contents below 0.5PPM. Marlin strike high mercury content sometimes though and may have up to 0.92 PPM of mercury which is a little high so it is still wise to eat in moderation.

Some people like it soaked in spice and lemon while others prefer it smoked with oak wood. However you like your King Mackerel, you need to be cautious with the quantities you take. Those thick and firm oily fillets carry an average of 0.73 PPM of mercury. Some can go as high as 1.67PPM in which case they become unsuitable for human consumption.

Big, fleshy, firm and oily is the best way to describe bigeye tuna meat which happens to be one of the most popular deep-water fish around the world. It is widely consumed around the world because it is less pricey compared to other species of bluefin and pretty easy to prepare. Bigeye are high mercury fish though with readings between 0.86 and 1.81 PPM depending on age and source.

This happens to be one of the longest living fish on the planet that can live in the deep waters for up to 100 years. That long lifespan means they also interact with lots of mercury packed food which is why the older one you eat, the more mercury you are likely to get exposed to. Their mercury content averages out at 0.5 to 1.2PPM which means they can go beyond recommended safety limits.

Groupers are the best definition of an all-round fish acceptable to almost everyone. All species of grouper have a mild flavour and soft fillets that are easy to season and cook however you see fit. They also live for long though which means they accumulate high quantities of mercury ranging from 0.448 to 1.205 PPM.

Chilean Sea Bass are some of the most widely sold fish in the world most of them originating from the coast of Chile, Argentina and the Antarctic Islands. It is one of those fish you can fry, smoke or grill and still get the same sweet taste. On a good day, you will land one with a low mercury content of 0.35PPM but some have mercury as high as 2.18. It is important to check the actual mercury levels for the exact source of the Bass before buying this one.

When it comes to bluefish, the fresher you get it, the better it tastes. You can broil, smoke, grill or fry and it will be great as long as it wasn’t frozen for too long because freezing doesn’t help much with its taste. While most bluefish contain low levels of mercury averaging at 0.36PPM, some bluefish have very high PPM readings up to 1.45 which is in the unhealthy bracket.

Have you eaten any of these types of fish before? If so please do let us know about it in the comments below.

Ten Food Types That Will Improve Your Digestion

Ten Types of Teas That Are Good For Your Mental Health

Ten Recipes for Fish Curries the Whole Family Will Enjoy