China is a huge country with a rich culture rooted in over 3,000 years of history and the country’s wide variety of culinary choices is one of the most amazing parts of this history. Many Chinese foods have been accepted all over the globe but Chinese foods have never been explored to exhaustion. Every time food nomads visit China, they discover something new that they hadn’t known about before. While many of the foods are delicious and always interesting to try out, some are quite bizarre; disgusting even. Most of the Chinese foods many wouldn’t try mostly revolve around weird animals and animal parts such as duck tongues. 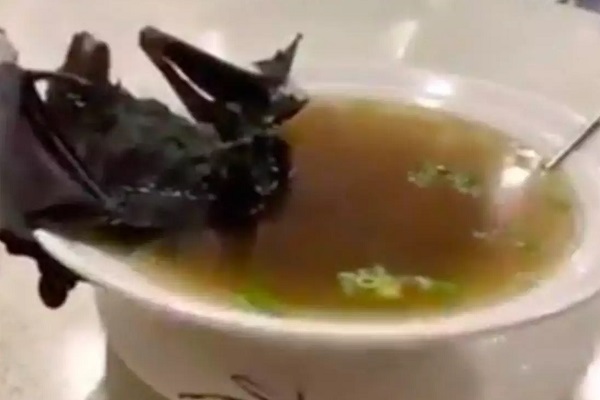 Rumours about Covid 19 having come from bats that are sold in some wet markets in China raised media interest in the consumption of these flying mammals in Asia. Bat soup is not an exclusively Chinese dish though, it is widely consumed across Asia and Oceania Island nations including Vanuatu, Fiji and Samoa. Fruit bat soup was still consumed in most Chinese provinces until a government ban on eating bats and dogs in 2020 after the backlash of the Corona Virus Pandemic. Some people still argue that fruit bats are not dangerous since they only consume fruits and so it is not hard to find restaurants that serve fruit bat soup in China. 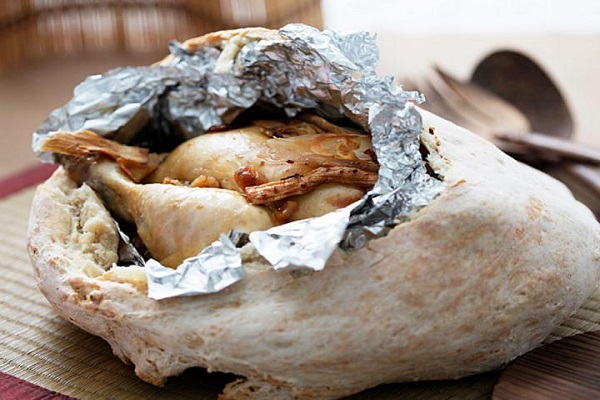 This is one of those must-try Chinese foods originating from the city of Hangzhou. Legend has it that a starving beggar had a chicken but no means to prepare it, so he covered the chicken in clay and roasted it on an open fire and the resulting dish was so delicious that it caught the attention of a Qing Dynasty official and that is how it got national recognition. Nowadays, the dish involves stuffing a whole chicken the same way you would a Turkey they covering it in Lotus leaves. The chicken is then baked in an oven or an open fire using low heat. The leaves give it an appetizing aroma while the soft-baked meat easily peels off the bones and tastes heavenly. 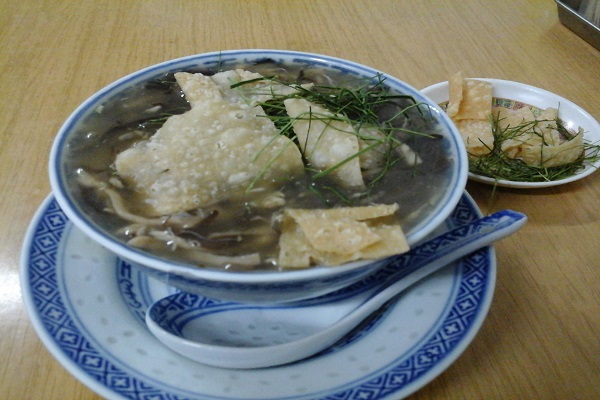 Now, for most Mediterranean cultures, eating snakes is one step too far but in Chinese herbology, eating snakes or parts of its body are considered medicinal. Snakes and their body parts such as bile are used as ingredients in lots of Chinese foods and drinks and snake soup is not that rare. The most common type is served in the winter believed to have the ability to warm your body and also treat some medical conditions. One soup could be made using meats from different snakes. 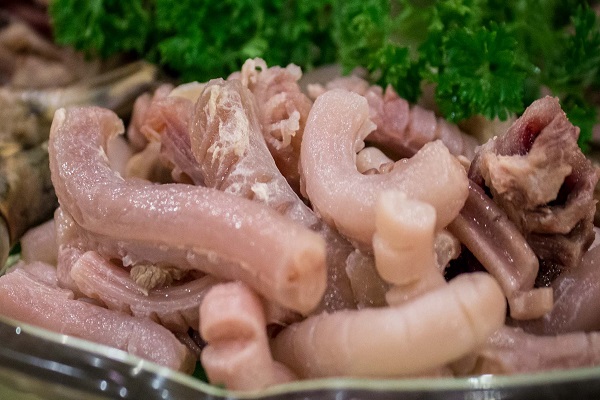 The idea of eating any penis can be stomach-churning, even for the strongest stomached food nomads but according to some traditions in China, eating a penis improves virility. There are restaurants in most large cities including Beijing dedicated to serving these precious organs as well as testicles to willing eaters. You can choose from a wide variety of penises including dogs, goats, sheep, donkeys and cows. Testicles are also served in as wide a range. There is no scientific proof that eating any penis improves your verify though. 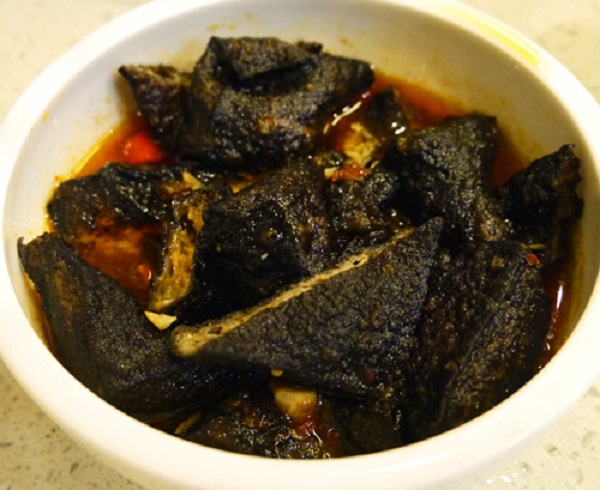 This is a delicacy enjoyed in Hong Kong, China and Taiwan as well as many Chinatowns around the world but, as fans will tell you, the enjoyment is in the taste and not the smell. It is one of the smelliest foods in the world with those who have eaten it comparing it to rotting garbage, old socks or anything in between. Methods of preparation vary from place to place but the building blocks are meat and vegetables mixed into tofu and fermented for days or even months. They are then mixed in fish-based brine before being served. The smell is off-putting so most restaurants don’t serve it to their clients. However, they say that the smellier the tofu, the tastier it is. 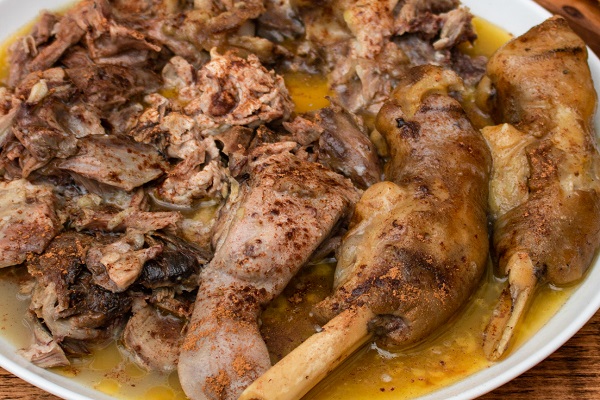 So, as we discussed earlier, some Chinese traditions teach that eating a certain part of an animal can improve the health of the corresponding body part in humans. Goat and sheep’s head soup is a common street delicacy especially in Northwest China where you might be served an entire goat or sheep’s head and it is considered a sign of respect. In some places, an entire lamb or goat baby is cooked and served but in this case, you may only be served parts of a goat’s head including the tongue, the brain and probably the ears. 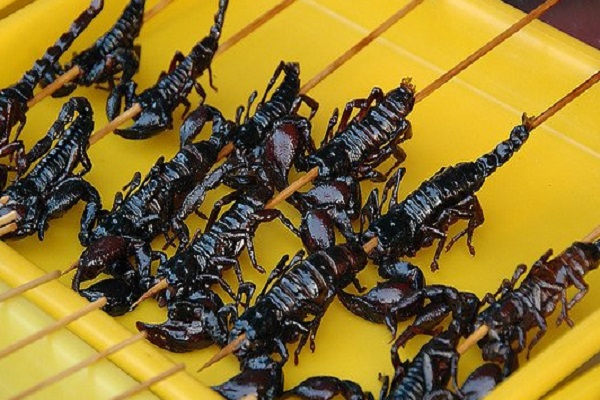 Wangfujing Street in Beijing is most popular for offering the craziest treats to tourists and scorpions are always at the top of the list. The poisonous arachnids are served on skewers after being deep-fried. The shape is retained although the colour may appear brownish or red depending on the cook and the spices used. Those who have eaten it say it tastes great, so it seems all you have to do is forget your fear of scorpions for a second and think of them as a snack. They are not poisonous when cooked either. 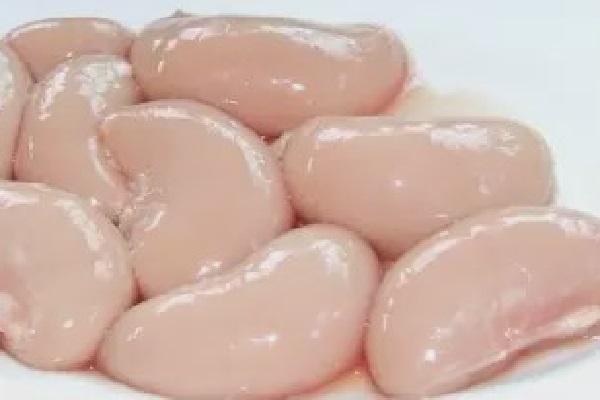 The very sound of this delicacy is disturbing, so they won’t tell you it is testicles in the restaurant. They just call it chicken’s eggs, but of course, they are not eggs. They are either boiled or fried and served alongside broth, soup or noodles depending on where you are. The idea of cooking this food is believed to have originated from the Guangdong province of China. They are also believed to have positive medicinal properties including rejuvenating the skin for women and treating kidney complications for men, but of course, no one really knows for sure. 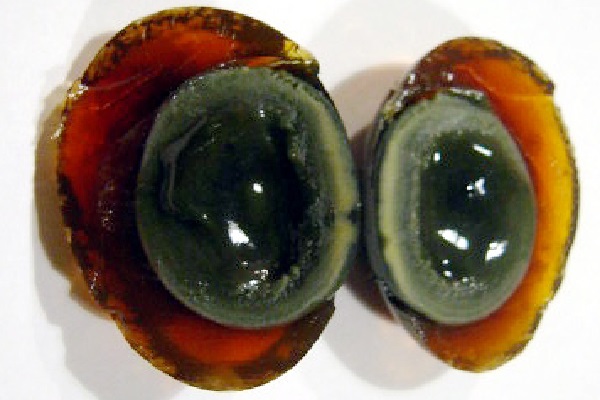 It is also called the thousand-year-old egg or the black egg but it is now known internationally, so you don’t have to go to China for this one. There are even industrial versions of these gross-looking eggs nowadays. It simply involves preserving a boiled egg in a chemical solution or treated clay if you prefer the traditional method for a few weeks to months depending on how black you need it to look. The egg then turns black and it is obviously smelly but it is considered a delicacy reserved for special occasions. 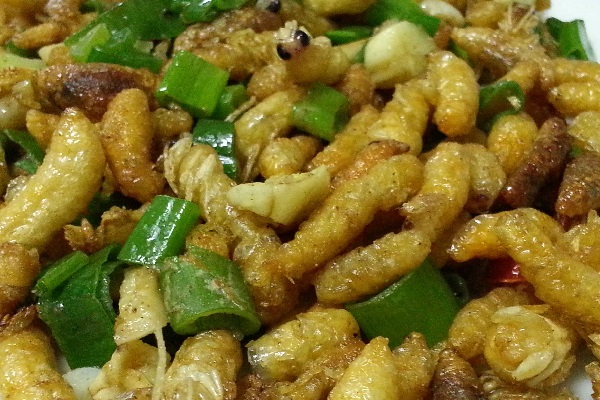 Everyone likes honey, but eating bees would be considered a step too far. However, in China, bee pupae are considered a snack in some places just like scorpions. It is another traditional delicacy believed to have originated from Yunnan and Guizhou provinces. They serve it in different forms, from fried, steamed to crispy-on-cake depending on how you want them.

Top 10 Craziest Sandwiches Ever Made