Whenever Japan and food are mentioned in the same sentence, sushi, noodles and etiquette are not far behind. Everyone at a Japanese table is expected to be elegant and subtle while handling food even while eating at restaurants. Unlike most restaurants in the west where a waiter will come to clear your dishes, in Japan, you are required to leave chopsticks in the holder and even return the dishes to the right place when you are done eating. Don’t use coins to tip either as that may seem very rude, and if you count the change after the cashier gives it to you, they may think you don’t trust them. It is still easy and fun to eat in Japan as long as you adhere to these 10 rules.

Don’t Walk Around While Eating

In New York or any other American city, it is normal to see someone walking around with a coffee cup in one hand and a huge burger in the other munching as they go. Japanese people don’t eat while walking around. Once you get your food, get a nice spot to sit then enjoy your meal. It is considered disrespectful to walk around while eating, especially if you happen to spill a drink or drop pieces of your food along the way. Even large convenience stores have designated sitting places where you can eat peacefully and not litter around. You can have a drink next to the vending machines though, but not while walking around. 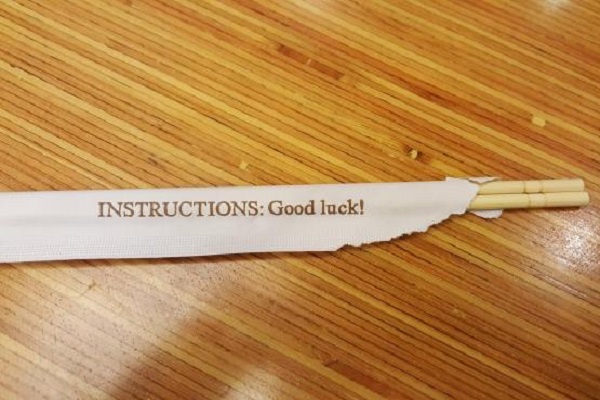 Be Careful With The Chopsticks

Chopsticks are the main piece of cutlery on every Japanese table and they are handled with caution. You should leave them in their holder or the paper they come in until you are ready to start eating and concentrate on eating with them and not playing around with them. You shouldn’t use your chopsticks to push plates around the table either.

The worst you can do with the chopsticks is stick them upright in a rice bowl as that reminds everyone in the restaurant or at the home of a Japanese funeral ritual. Don’t rub or pinch at your chopsticks either. If your chopsticks have splinters, just ask for another set. You should also keep them in the holder when done to avoid dropping them which is considered unhygienic.

Do Finish Your Food

In Japan, if you are sharing food with people and it is down to the last piece, you should ask first before taking it. You can have it if a senior person at the table tells you can, though. Once the food is served to you by a chef or a host, you should eat all of it. Failing to finish your food may be interpreted as a sign that you didn’t enjoy it which may get you some bad looks. If you can’t finish, it would be wise to advise the chefs to give you less or have the leftovers packed for you although the to-go bag is not offered in most restaurants in Japan.

It Alright To Slurp On Noodles

You shouldn’t pass noodles from one set of chopsticks to another in Japan. However, you can slurp on your noodles all you want. Slurping is considered normal practice in Japan and some interpret it as a sign that you are enjoying your meal while some just consider it a common practice. You are also allowed to bring your bowl close to your mouth while eating and if you have finished the solid foods on your plate, you can drink the sauce or soup. You have to use both hands when drinking from those little bowls though. 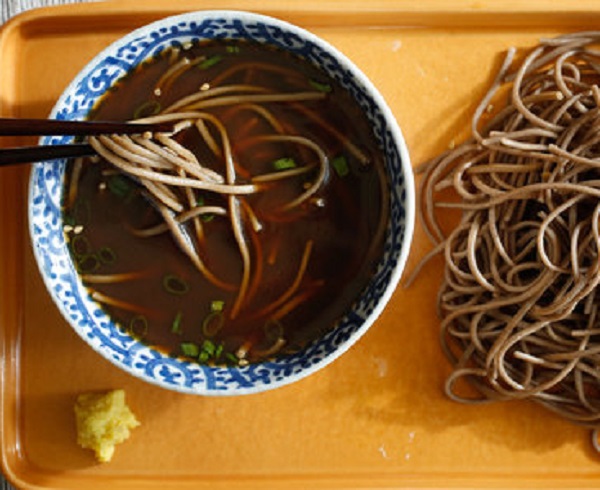 Be Economical With Your Sauce

One thing you have to learn when eating in Japan is to trust the chef even if they don’t seem to have met your expectations. When food is brought to the table, you may realize that the sauce is less than what you are used to back home or even when you order from an online japanese food store, but the chef knows better than you. For sushi, you don’t have to dip the entire pieces into the soup, just the lower edges and then put the whole thing into your mouth. As for noodles, you should only use as much sauce as your food requires. Using up lots of sauce may be considered rude and gluttonous and asking for extra sauce may earn you some harsh looks.

Bowing is n important part of everyday life in Japan and if it is not done appropriately, it loses its meaning. The most important thing to remember is that you need to bend at both the waist and the neck while keeping your back straight. You also have to bow lower than the other person if they are older or senior to you and you can’t come up until they do. If someone bows to you, it is mandatory to bow back and if they do it a second time, you have to do the same. You should keep your hands on your sides while bowing if you are a man or clasp them in your lap if you are a woman or a girl. Don’t bow to children though, that is not mandatory.

Don’t Drink Before The Toast

Drinking is an important part of Japanese etiquette, but no one does before a toast. You can say cheers or Kampai when toasting and please join in in the toast even if you are not drinking. When drinking, you can’t fill up your own glass. It is customary to fill up glasses for other people at the table and let someone else fill yours. If you have had enough, you shouldn’t have an empty glass. Just leave some drink inside so that no one will fill it up. 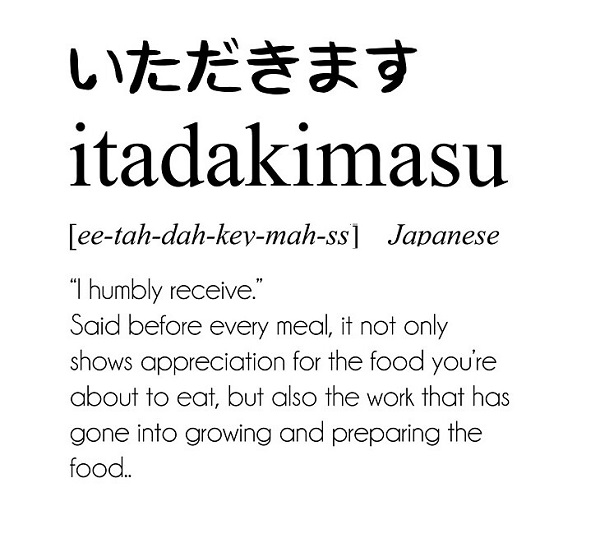 Do Say Itadakimasu Before You Dig In

Unlike China where you have to wait for the senior person at the table to signal before everyone can eat, in Japan, once your food is served, you can just start eating. The Japanese have a saying that you should eat your meal while it is still hot. However, before you did it, you need to say the word Itadakimasu which is more like a Japanese grace or a sign of gratefulness for the meal. You will notice everyone around saying the same before they eat their food. Burping at the table is considered rude. You shouldn’t lift large plates to your mouth either as that is reserved for the small bowls.

Put Everything Back In Place When You Are Done

When you enter a restaurant in Japan, you may notice the guests taking the dishes back to a designated area after eating. You will be directed as to where to put everything on the rack from teapots to cutlery. If that is not the case, just tidy up a little bit after eating by putting the lids back on pots and dishes, placing chopsticks back in their holder and leaving everything the way it was before you started eating. It is a courtesy that means a lot to the chefs or your host.

Don’t Give A Tip

In most Japanese restaurants, you will be required to pay at the counter. Some cashiers won’t accept money if you put it in their hands so just place money at the open spot they leave on the counter. Tipping is not a common practice in Japan either as many people will be shocked to be paid for doing what they are supposed to do. In Japan, the smallest bill is also 1,000 yen, so you may find yourself tipping someone with coins and that may seem rude. Taking the change from the cashier and counting it also angers them as it shows that you don’t trust them.

Ten Common Eating And Lifestyle Habits That Hurt Your Kidneys