Cravings for meat affect everyone whether you are a vegetarian or not, everyone seeks to eat less or no meat at all. If you are looking for a vegetarian/vegan substitute for meat that tastes exactly like your steak, ham or drumstick, chances are you will be disappointed because tofu, tempeh and lentils were not deserved to taste like meat. The flavours in form of sodium, artificial sweeteners and binders are used to bring the familiar taste of chicken to vegan and vegetarian meats and some may not be good for you. With the caution in place, it is good to appreciate the improvement that vegan meats have made over the years and these 10 are the closest you will get to real meat while staying true to your plant-based diet. 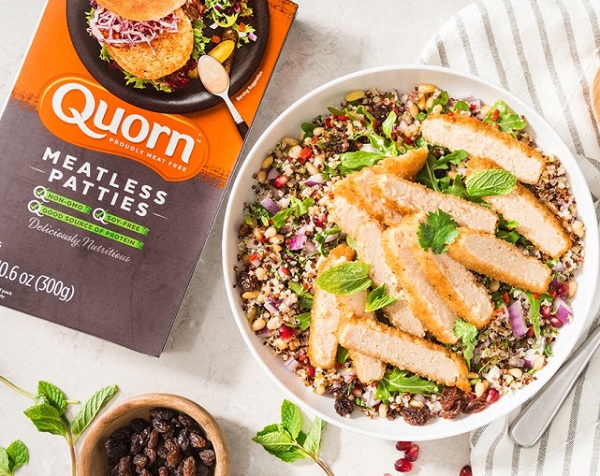 This one has stood out for years with some meat lovers agreeing that it tastes better than some versions of frozen chicken. It won’t beat the taste of chicken for some people but it doesn’t have the same taste and texture as regular meat thanks to the use of wheat gluten and egg whites to get the binding right. It is not vegan because eggs and milk are used in the making, but it is super healthy with less colouring and artificial flavouring. The patties are juicy thanks to the bready texture but the best part is the true aroma that the patties give which brings the taste of chicken to your table. 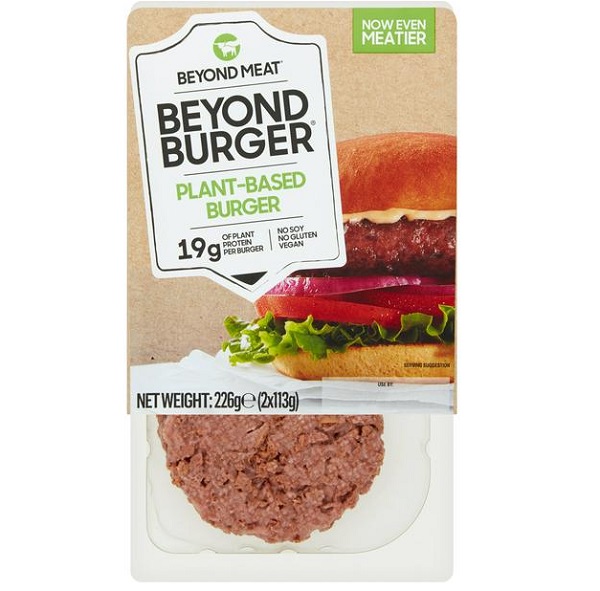 If you are ever in need of a juicy burger and not in the mood for meat, then this burger will give you the satisfaction you seek. Peas are used to make the meat instead of beef with methylcellulose, dried yeast and potato starch used to do the binding. It is not as packed as your traditional beef ham but the taste is not artificial either. The resulting burger is actually juicy and tasty and you may easily assume you are having an actual beef burger.

Imagine chicken that has threads and can be shredded just like a real drum stick! That is the credit given to this brand for nailing the hardening trick to get the actual experience of eating a chicken alongside the taste. The best thing about their recipe is the capturing of the smoke flavour like what you get in real meaty burgers. This is a soy-based vegetarian chicken which also used eggs and partial wheat gluten to achieve texture and flavour. 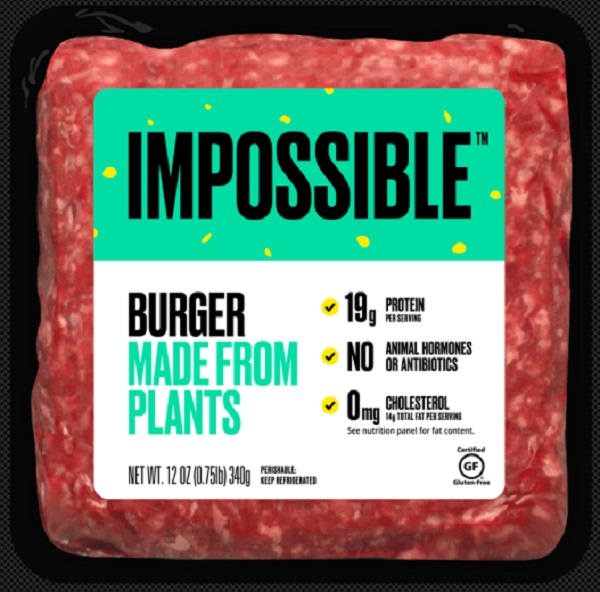 Impossible foods are actually the greatest competitors to Beyond Meat and their foods imitate the closest taste of actual meat you will get. This ground vegan beef is soy-based but also combines lots of other ingredients that make it “bleed” when in the pan. They use a revolutionary technology of extracting Heme from soy and then using it to flavour their meat. This meat contains the same protein level as beef and also packs a reliable quantity of Vitamins and fibre to meet your health needs as well. It doesn’t use gluten or eggs for binding making it the perfect treat for vegans.

Crisp and smoky to precision, these strips are the closest you will come to your real breakfast bacon strips. The strips are given the same smoky flavour and are super pressed to bring out the threads as you bite so it doesn’t feel like you are chewing on dry soya bread like what you get with other versions. Eggs are used in the preparation so this is not vegan food but it is a great replacement for actual bacon meat on your breakfast table. 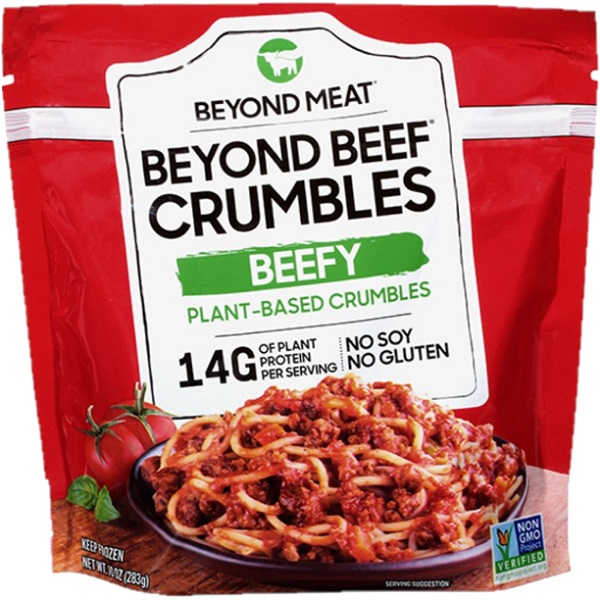 Beyond Meat Beyond Beef Crumbles

Like other Beyond Meat recipes, this one also uses pea protein as its primary building block so the crumbles harden without becoming sticky when cooked. The crumbles don’t bleed like their Impossible foods counterparts but they do have a strong flavour thanks to the spicing and smoke flavours added to it. The crumble are very popular because they imitate the real taste and texture of actual beef crumbles. They are also easy to combine with any recipe or serve them individually or as toppings.

Canola oil and soy protein are the basics for these riblets but you won’t know it because the meat comes with well stacked like actual ribs. They are covered in sauce as tomato paste is part of the ingredients but the riblets don’t taste or sell like sauce when you eat. After grilling, the flavour of the spices comes out richly. 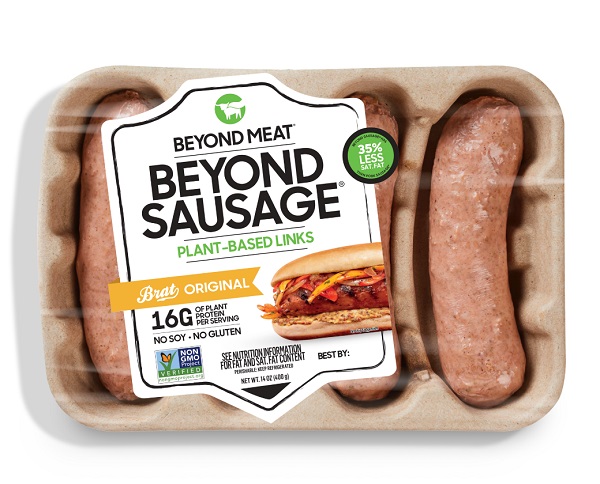 Beyond Meat’s Beyond Sausage

This sausage is made of pea protein and flavoured with beans protein, potato starch, and vegetable oil among other flavours. It is properly stuffed just like your traditional sausage with the flavours enriching the taste when you insert them on the grill. You get the choice between Hot Italian or Brat Original with the same quality taste.

The meatballs are made using plant-based protein bond together with wheat gluten and oil and somehow bind just like actual meatballs. They are made using natural products so you don’t have to worry about excessive chemical flavours. They are not as juicy as real meatballs but their bites are real meaty and when cooked in sauce, you won’t tell them apart from your traditional meatballs. 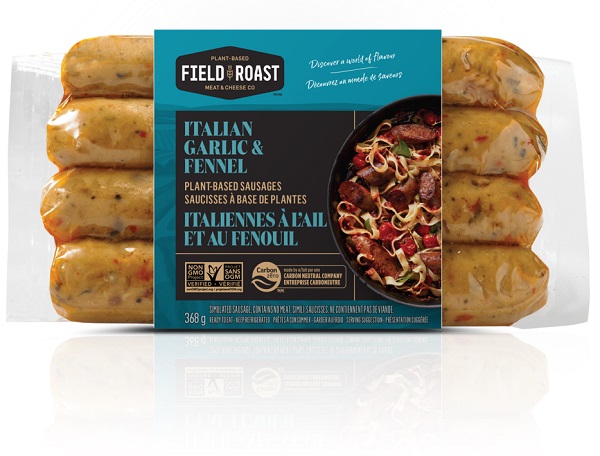 This is a brand known for their use of green leaf flavours for their foods, so you can expect the sweet smell of sage on these sausages. They are Seitan-based meats combined with potatoes and wheat gluten for binding. The sausages come in four different flavours namely ChipotleVegetarian Meat Substitutes , Italian, brat and smoked apple sage. They are not as firmly meaty as the other established brands but they have great taste and won’t disappoint on the table.

Do you know of any other vegetarian meats that people should try? Do let us know in the comments below!

Top 10 Things You Should Know About Wild Game Meat

Ten Things You Really Shouldn’t Do When Cooking Meat