A cruise ship is like a floating city with thousands of people seeking to live their best lives in the short time and space available on the ship. It falls on the crew to ensure that everyone on board enjoys their holiday and that means giving out thousands of plates of food every day. One thing you can be sure of is that the main dining areas will be flush with food at breakfast, lunch and dinner and the cafes, shops and specialist eateries won’t run dry. So, how do cruise companies ensure that no one starves on board? Well, there is more money spent on food by cruise ships than fuel and maintenance combined and these 10 facts will give you a close look at why that is the case.

Where do they get all that food?

Unlike aeroplanes which order ready-cooked meals from restaurants for each flight, cruise ships need lots of fresh food stored on board. Cruise companies need more food than you would send a single person with a shopping list into the market to buy. To give you an idea, a single 7-day cruise on a medium-sized ship with 2500 passengers needs at least 48,000 eggs.

The ship also needs 20,000 pounds of fresh fruits and nearly as much fresh vegetables. With over 100,000 tons of food to source for large ships that carry up to 6,000 passengers, it is fair to say that feeding a cruise is good business for local logistics companies in the ports where the food is sourced. The companies that supply cruisers are sourced in advance by cruise companies to ensure nothing falls short at the last minute.

This is the side of the cruise ship that passengers never get to see but the crew have a really tough time offloading waste and loading up fresh foods, especially when dealing with back-to-back cruises. If you are on a 7-day cruise to Alaska, you can be sure that all the food the ship needs for the week is loaded at a go. That means 10 hours of bringing food into the stores, repackaging it into metal boxes and trays because they are easier to sanitize and then sorting the food so that the least ripened fruits and vegetables go last while the ones most likely to get spoilt come first.

If you offered 6,000 people a chance to choose their favourite food for each of their three square meals per day, you would have a nightmare in the kitchen. There aren’t that many chefs in the kitchen really because cruises also need to make profits so they resort to simple recipes. You will have stew, rice, seafood, beef, salad and such simple terms on the menu and that is what will be offered in the buffet and some of the eateries connected to the main kitchen. If you have special dietary needs, you may have to order off the menu which may mean going to a pizza shop, speciality restaurant or coffee shop.

A cruise without unlimited ice cream wouldn’t be a complete holiday for many which is why standard cruises go through 1.5 tons of ice cream in a month. That means the kitchen has to make ice cream 24/7. The bread is also rarely enough for everyone which means the chefs often need to bake all the time. Given these benefits, anyone partying on a cruise or a boat for the nights of lights, 4th of July, a bachelorette, or a birthday party would certainly have an amazing time with all the unlimited ice cream and bread options.

Up to 30% of food loaded onto cruise ships ends up being wasted. This has led to some cruise companies adding foods like sushi to speciality hotels because so much of it ends up getting wasted. A single cruise may give up to 20 metric tons of waste, enough to fill 110 trucks. That means the ship’s crew have to be smart about certain foods such as meat and fruits that won’t be consumed by recycling them into other foods such as salads and soup. Buffet hours are also limited so that more people can go to formal dining rooms and serve food they will eat rather than serving more than they can handle. 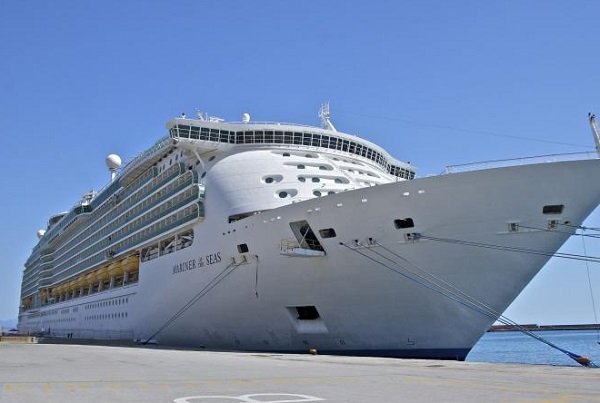 Buffets are not as good as they sound

All cruise ships have buffets and people tend to warm up to them because it is just so easy to serve whichever food you crave and get as much of it as you like. Buffets also mean that more people are using the same items such as the serving spoon and the trays and the food tends to stay on the trays for long hours. Buffets can therefore be a major cause of vibriosis and other diseases on board which might cause you to spend the rest of your trip confined to your room.

Salads and Oysters aren’t that good either

It is important to eat healthy even when on a cruise because all that food could easily give you a pot belly. While salads and light cereals are a good way to go, salads aren’t always the best. Fresh produce, especially fruits and vegetables, aren’t that fresh, especially after three to four days on the ship. There is limited storage too, so the risk of cross-contamination is high. Salad with gravy topping is also at a high risk of accumulating bacteria, especially when served at the buffet where it stays at room temperature for long. Oysters have the same problems. Nuts are even worse because they are prime ground for the multiplication of salmonella and other bacteria.

Oysters, shrimp, caviar and lobster are the dream foods many people go for on cruise ships which means extinction-level quantities of these foods on board. Carnival Dream apparently uses 28,000 shrimp every week. A 6,000-capacity cruise will therefore need 2000 pounds of lobster and about 10,000 of fish to sustain the demand for a week. That is sad because most of the fish used to make sushi ends up going to waste as do lots of oysters. Seafood is always tasty on refill days when it comes fresh from the port, but as the days go by, freshness fades since the ships don’t exactly have the best storage.

Time is the one thing cruise ships don’t have when it comes to perishable food so whatever fresh foods they get needs to be enjoyed as soon as it comes out of storage. That means fruits and vegetables are bought at different stages of ripeness to ensure that they last the entire trip. Lots of fresh foods also tend to go to waste because it has to be removed from storage or buffets the moment any sign of spoilage is observed.

Just because you paid your fare doesn’t mean everything on the cruise is yours for the taking. You might actually end up spending more on the cruise than you did on your kitchen and speciality kitchens and the bar will be the biggest culprits. If you are looking for a little formality, you could choose a special eatery such as a Japanese sushi hotel or a Brazilian steakhouse on the ship and go for customized food that is better than what everyone is eating at the buffet. The rules in the restaurants vary from those of the general dining area because there, you have to observe a dress code among other rules.