Many people go to Cuba and remember the beaches but forget the food but that is a mistake. The Embargo on imports by the US has affected many aspects of the Cuban economy but it never killed the spirit of making delicious traditional dishes. Most of the big hotels in Havana try to align their dishes with American dishes and therefore don’t offer lots of new stuff. The true taste of Cuban cuisine is in the streets in the small family-owned restaurants known as Parades. If you have a reliable travel agent and a guide, then you should let your nose guide you to the best foods and these 10 are what you will love the most. 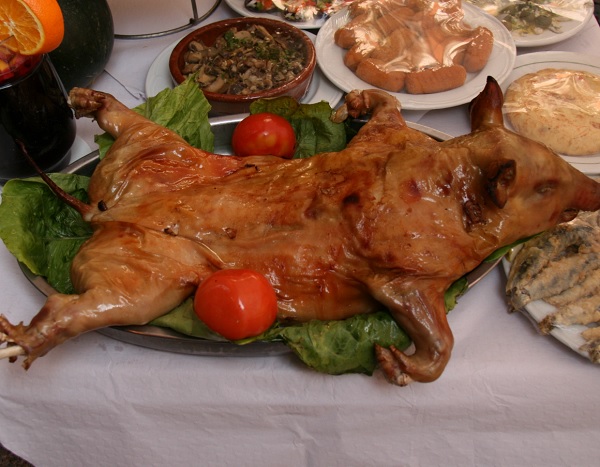 Pork is a major dish in Central and South American cuisines and Cuba is not any different. Lechon Asado is Cuban pork grilled whole and served at important gatherings and get-togethers. The best Cuban Lechon Asado is marinated in Mojo before being cooked for up to eight hours, rolling slowly above the coals. The meat is soft when finally served with a crisp skin, easily devoured with a side dish of vegetables and rice. Like all Cuban foods, the meat is garlicky but not heavily spiced so you get to enjoy the true taste of natural pork marinated for hours with the oil drained to give the meat its full taste.

This is the national dish of Cuba and it sure does deliver a punch when you are on the hunt for a fulfilling meal. You will find an instant pot-cooked version but the best Cuban Ropa Vieja is slow-cooked. It is made using shredded beef meat braised in a sauce made with tomatoes, bell pepper and pimento and then served over rice. Most families serve it with vegetables on top. The home-cooked Ropa Vieja is always worth a try because every family has its own special ingredient for this dish. 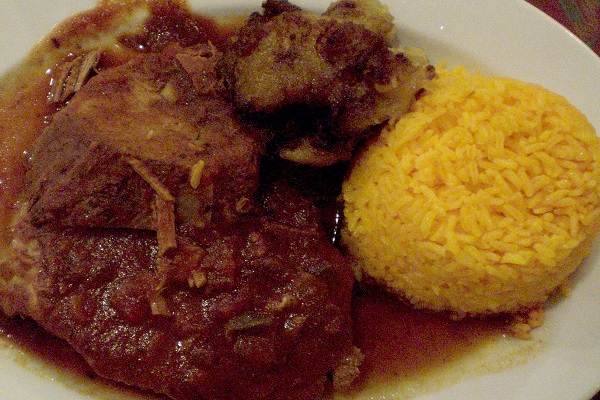 This is one traditional Cuban dish that many people would love to take a bite of because it goes down as one of the best spicy foods you will find in Cuba. The dish’s primary ingredients are an eye of round beef stuffed with chorizo, although you may find one stuffed with olives instead in Cuba. The stuffing is cooked in a sauce of onions, tomatoes and bell pepper. The dish is traditionally served with roasted potatoes but you may also use fried plantains or yellow rice in line with the Cuban tradition.

This is a common comfort-food you will find on family tables on Sundays making it the perfect substitute to Lechon asado. The base is fluffy rice and chicken and as usual, the rice is cooked in a tomato-based paste flavoured with onions, bell peppers, garlic and other spices you may find such as bay leaf, oregano and black pepper. The meal is cooked with chicken on the bone, which you could choose to marinate if you like. Being a one-pot meal, it is important to slow cook and mix carefully to infuse the chicken flavour into the rice and get the best of every ingredient. 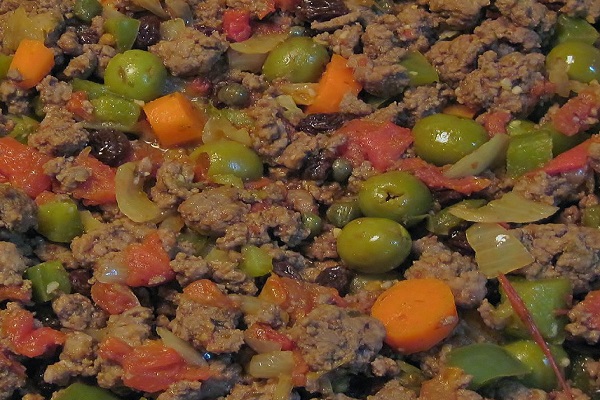 You will find a spicier version of this dish in the Philippines, Spain and other parts of Latin America because the food has its roots in Spain. The root ingredients are rice and ground meat with most recipes including onions, bell peppers and tomatoes. Cuban Picadillo is special though as it is less spicy and comes with raisins for sweetening and olives for a little extra salt. It is another filling dish that you will enjoy, especially if it comes with a side dish of tortillas and a glass of juice, wine or beer to wash it down.

Tamales are a staple in Latin America and they do taste great as long as they had a great cook. It is all down to a dough made from corn. Cuban corn is not sweet like what you find in the US and parts of Mexico. Unlike Mexican Tamales which are stuffed with the meat, in Cuban tamales, the meat is mixed with the dough before being cooked in plantain leaves to give them the flavour.

This name actually translates to the midnight sandwich suggesting that it was mostly eaten late at night after partying. The sandwich is as original and Havanian dished get, having been invented on the island in the 1900s. It is made using sweet bread and ham as well as thinly sliced pork which is fully cooked pr grilled in the Cuban style. You also need Swiss cheese and slices of carrots or cucumber if you like to add a special flavour to your sandwich. 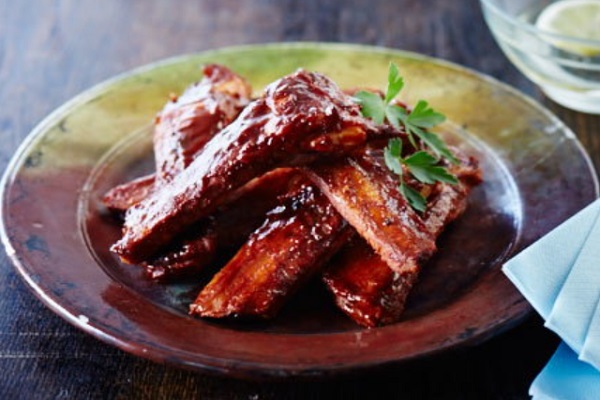 Baby back pork ribs are delicious, especially when you eat them fresh off the grill in the Paradas. It is one of the most popular get-together dishes in the country and the charcoal grilled one is the most mouth watering of all. Like other pork dishes from Cuba, the marinating can be done for up to eight hours with the ribs soaked in sour orange juice, lime, oregano, olive oil and any other spices the chef may prefer. The grilling is then done for hours with the ribs allowed to cook until the meat is soft and easily peels off the ribs. When served with plantains, roasted potatoes or yellow rice, the meal is very fulfilling.

This is the best fried green plantains you will ever get. In Cuba, these carousels are not just fried once. They are fried to soften, then flavoured in oregano and any spices you like before being flattened and then fried again. With a sprinkle of a salad on top, you will have the best dessert ever. 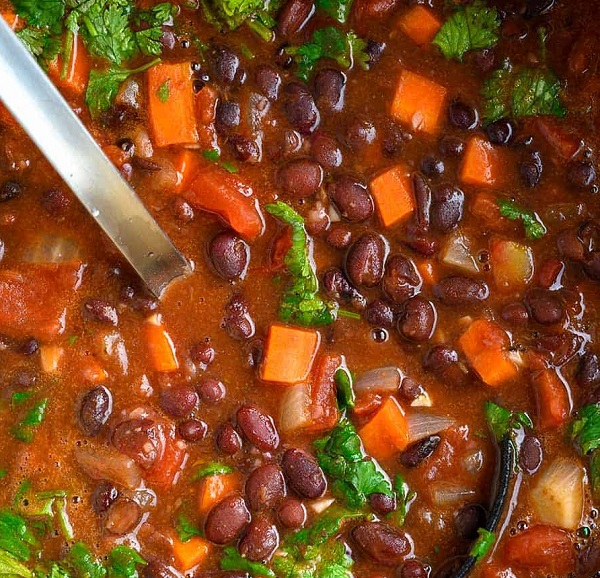 Every Cuban household will have its version of this soup but all of them will be lovely. It is a great vegetarian dish although some versions will have bacon on the side but you can choose not to have that. The best versions of this will have hearty helpings of avocado served and the entire soup spiced with oregano and other spices. The thickened soup is a result of hours of steaming and stirring allowing the beans to combine nicely into the rest of the soup.

Do you know of any other Havana dishes or street food people should try? Do let us know in the comments below.