Traditional British cuisine is known to be heart-warming, filling, and sure to lift your spirits no matter the overcast sky. So, whether you are planning to travel across Britain or are simply looking for some recipes to try at home, these 10 British cuisine staples are well worth a try. 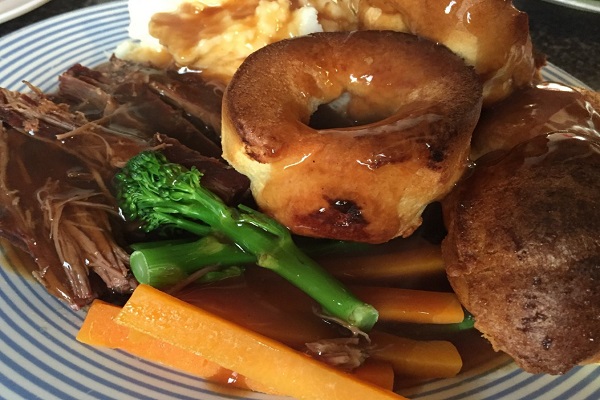 In years gone by, UK families would gather together following a Sunday service to enjoy a Roast dinner together. Today, this tradition isn’t quite as common, but the Roast dinner remains a popular meal. The heart of the dish is always a slice of roasted meat and accompanying condiments, be it lamb and mint sauce, beef and horseradish sauce, or pork and apple sauce.

Besides this is a selection of vegetables, with carrots, peas, cabbage, and cauliflower cheese all being popular options and roast potatoes being near-essential. Yorkshire puddings are another popular staple of this dish. But, the fundamental key ingredient is gravy, made using meat juices and a splash of red wine. 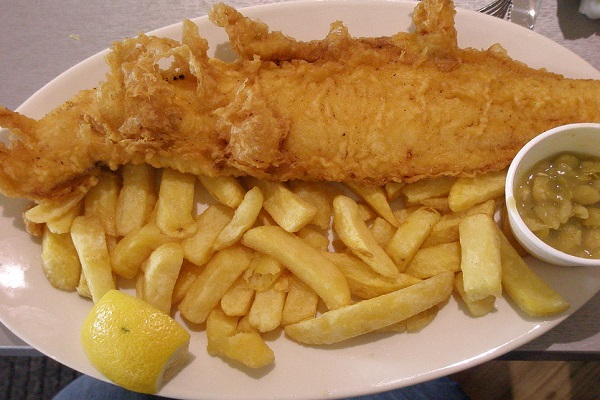 Perhaps the UK’s most iconic meal, this popular street food often came wrapped in newspaper, although today, a polystyrene dish is more common. Cod is usually the fish of choice for this meal, although plaice and haddock are common alternatives. Either way, the deep-fried batter makes this dish quintessentially British. Thickly cut chips, a generous sprinkling of salt and vinegar, and peas (either mushy or whole) round off this classic.

You might think more of Asia when you think of Tikka Masala, but evidence suggests that this meal originated in Glasgow at the hands of a Bangladesh chef. Either way, British-Asian culture has become an essential part of the country’s cultural makeup, and the Tikka Masala is one of, if not the most popular meal. This meal has many variations, but it often involves chicken marinated in yoghurt and spices and a creamy, tomato-based curry sauce.

Once a miner’s go-to dish, due to its portability, the Cornish pasty is now a favourite throughout the UK. Straightforward but delicious, these savoury pies are filled with steak and vegetable filling and can be enjoyed either hot or cold. And no, you don’t necessarily need to go down to Cornwall (but by all means, you should) to get one. 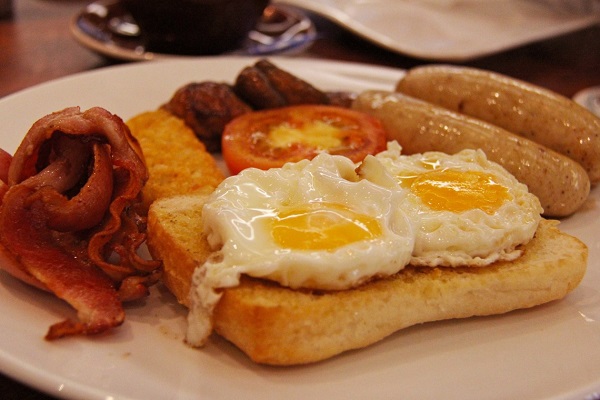 Also known as a fry up, the full English fry up will quench anyone’s appetite. This dish has few variations, but bacon, fried eggs, baked beans (beans in tomato sauce), sausages, mushrooms, toast, and grilled sausages make up the fundamentals. Those feeling adventurous can add some black pudding, which is essentially a type of sausage made from pig’s blood (it’s nicer than it sounds) to the mix.

A full English is a hearty meal, especially first thing in the morning, and it’s not designed to be eaten every day. But, as a treat, few things can beat it, and many believe it to be the perfect cure to a heavy night of drinking.

UK weather can be pretty cold and wet, which probably explains the Brits love affair with heart-warming pies. The most famous pie in the British isles is undoubtedly the shepherd’s pie. Like many British cuisines, the Shepard pie’s brilliance lies in its simplicity; The meal consists of minced lamb cooked in a gravy sauce with onions, topped with a layer of fluffy mash potato, and then covered with an optional sprinkling of cheese. Not a fan of lamb? Then cottage pie, which is essentially the same meal with beef, might be more to your liking.

You most likely know what mash is, but what about ‘bangers’? Don’t worry, it’s nothing as strange as you might think, but just another word for sausages. Why the odd name? During the first world war, meat shortages meant that sausages in the UK were filled with a lot of fillings, namely water, which caused the sausages to explode (or bang!) when cooked.

Anyway, this is another dish where simplicity is key. The real trick is picking the proper sausage, whether made of pork, lamb, or beef (or a vegetarian alternative), made in the Lancashire style or the Cambrian. There’s more choice here than you might think. Meanwhile, the mashed potato is often topped with gravy or onions and served with peas on the side. 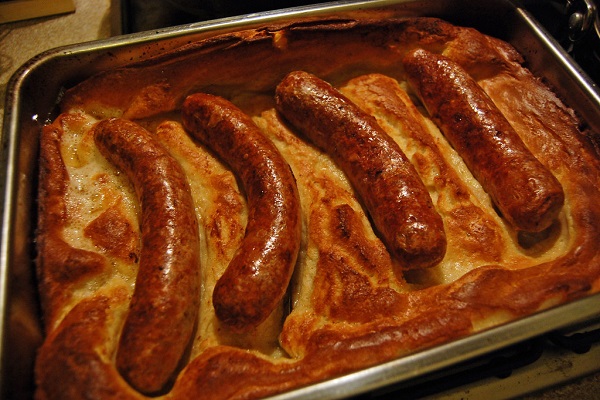 Toad in the Hole

This might sound rather disgusting, but you will be happy to hear that there are no toads used in the making of it. It is mostly pork sausages housed in Yorkshire pudding batter and it is often served as a Sunday meal with gravy, peas and sometimes mash potato.

Named after Arthur Wellesley (The Duke of Wellington) this is a tender fillet of beef wrapped in pastry. Much like Toad in the hole before it this is also a Sunday meal often served with gravy, various vegetables and roast potatoes.

Yes, you read that right. Chicken Tikka Masala was first created in Britain, not in its South Asian roots that many other sites would have you believe. Mostly consisting of roasted marinated chicken bits and a spiced curry sauce (The creamy and orange Tikka) it has been served in restaurants around the world, but was first seen in Glasgow, Scotland.

Ten Classic and Traditional French Foods You Need to Try