To us, the food we eat is the most normal thing in the world. We see it every day, we eat it every day, and we hear about it every day because people like to share pictures of their meals on every social networking site on the planet. But people who don’t share our eating habits might find what we consume to be rather strange, and the same holds true in the opposite direction. The deliciousness is in the mouth of the beholder and while it has to be said that I really don’t condone some of these foods, I would like to try some of them at least once… 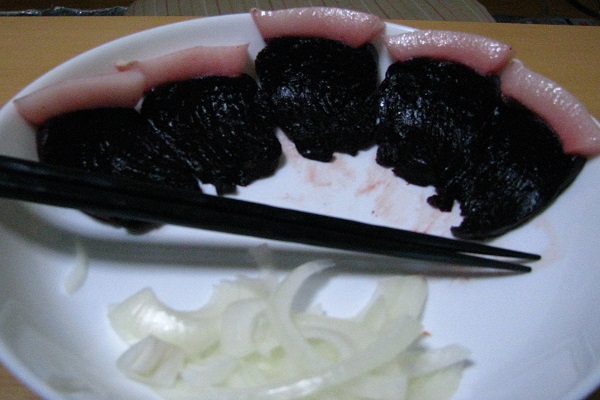 Dolphin meat isn’t popular, but it’s consumed regularly and found in grocery stores. Despite being one of the most intelligent animals in existence, dolphins are killed for their meat and the purpose of culling their numbers. Some people consider these practices barbaric and would prefer it if Japan stopped hunting both dolphins and whales for good. The Japanese defend themselves by saying that they need the food and need to bring the population down to keep dolphins healthy, although some sources claim this doesn’t ring true.

While there are certainly many different arguments to the debate, the most important fact both sides aren’t mentioning is the mercury. Dolphins and whales have such high levels of mercury that they’re really not safe for human consumption. Perhaps those who are against whaling and dolphin hunting would have a better time convincing people if they pointed out the fact that they may be poisoned by their eating habits, rather than decrying the cruelty of hunting the animals in question.

If you live in the United States, there’s a good chance the closest thing you’ve seen to tinned spaghetti is SpaghettiOs. But in the United Kingdom and New Zealand, it’s common to see spaghetti in a can, where it’s an absurdly popular food item (especially in New Zealand, where they consume 21 million cans of the stuff a year). America has Chef Boyardee and other canned pastas, but not real tinned spaghetti.

The most popular brand is Watties, which comes in a number of varieties including versions that have small sausages if you’re craving meat. Heinz also gets in on the act with a canned spaghetti product we’ll likely never see Stateside. Tinned Spaghetti is popular on toast, but it’s also been used quite a bit as the worst pizza ingredient imaginable. A jar of Wattie’s tinned spaghetti is used instead of sauce, and then you add cheese and any other desired toppings before baking your abomination to golden brown perfection. To many of us spaghetti in a can probably sounds like an affront to good taste, good pasta and good cooking, but it’s a beloved comfort food and staple item to many. 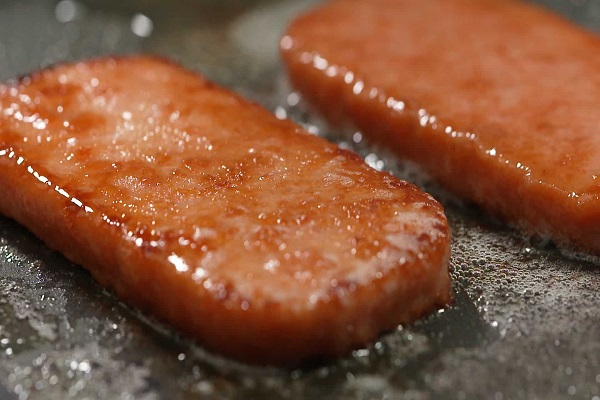 Spam is well known around the world as a survival food you keep tucked away in your pantry for rainy days, because it doesn’t need to be cooked and it basically never goes bad. However, Spam didn’t always have such a popular position. When it was first released it was basically army food, but most civilians didn’t find much appeal in it. And while soldiers are used to regrettable fare, even most of them said it was meat that didn’t pass its physical.

While the canned meat product has never been incredibly popular Stateside, it’s actually absurdly popular on certain islands. During World War II America shipped a lot of this stuff, and quite a bit of it ended up in the hands of island locals. Hawaii is in love with Spam, and Guam is completely obsessed with it. They get several more flavours than Americans do, they serve it with almost everything and they even have a sushi roll-type dish that uses Spam instead of fish. In Guam, they consume about 16 cans per person per year, the highest consumption in the world.

Finland, like all Scandinavian countries, is known for being metal and drinking a lot of booze. You might think one of their favourite traditional foods would be something brutal and crazy or another way to get drunk, but it’s actually a dessert. Called Mammi, it’s usually served on Easter. Often served with milk or cream, it looks like a big lump of brown stuff just kind of sitting in the milk. While hardly appetizing in appearance, the dish is a delicious treat.

A dessert that looks like a lump of brown stuff might not sound like it would require much work, but it actually has to be prepared carefully. There are many variations, but the main ingredients include water, sugar, rye flour, orange zest, molasses and seasonings. Then the recipe gets serious — you first have to let all the ingredients sit together for a long while to soak up all the different flavours, then you bake it, and then you chill it for several days before you actually get to soak it in milk and enjoy the fruits of your labour. 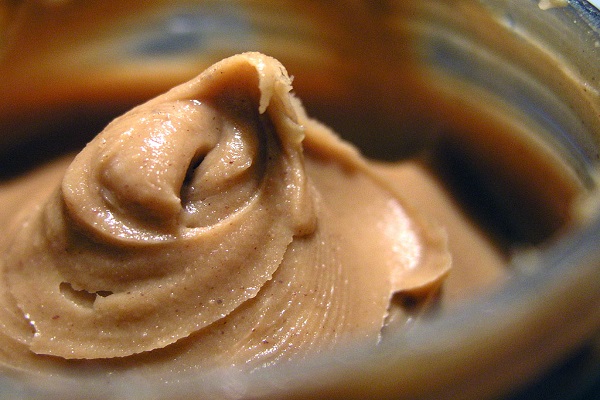 Peanut butter is absurdly popular in the United States. You’d be hard-pressed to find a single American who doesn’t have some version of it in their fridge, pantry or both. A peanut butter and jelly sandwich are still considered a classic American lunch, and peanut butter is ubiquitous around the entire country.

It’s one of the most popular comfort foods in the country for a reason — it’s cheap, lasts a long time, provides fat and protein and is as simple and quick to prepare as you can get. If you’re on a budget, in a hurry or just want comfort food, peanut butter is the way to go. In other parts of the world this is considered strange — peanut butter is starting to make its way around the globe, but many Europeans still give it funny looks and consider it an odd product. There was a time when it wasn’t really known or used much outside of the States. Even now that’s available in many more countries it hasn’t gained any real traction, possibly due to the fact that Europeans don’t like adding sugar to every single one of their foods and most American peanut butter is packed with it.

In the West, even people who don’t particularly care for pets would baulk at the idea of eating dog. They’re lovable, loyal little creatures who serve as faithful pets, but in some parts of China they’re an important staple. In Yulin they even have a yearly festival where about 10,000 dogs are eaten.

Animal rights protesters show up at these events and try to convince people to stop eating dog, but the locals feel they shouldn’t have to explain themselves. For them it’s not about eating a pet, it’s about sustenance. Many other kinds of meat are harder to come by, and one citizen told a protester that he would give up dog if the protester would give up beef. When asked about the hypocrisy of still eating beef while complaining about dog, one of the protesters explained that he thinks the two are different — he believes dogs simply have more worth on a moral scale than animals like cows. 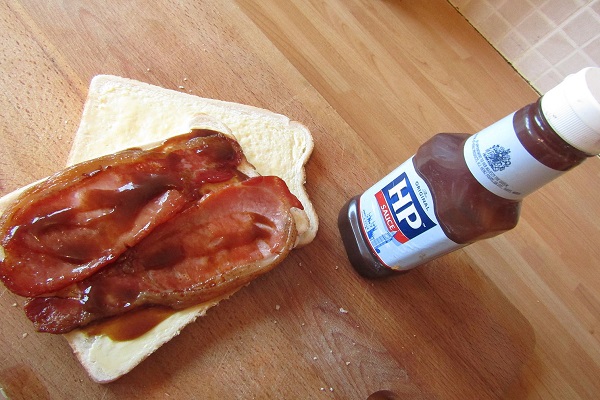 In the United Kingdom, brown sauce is a popular condiment to put on all kinds of meals. The sauce is especially popular in England, where it was first created. Brown sauce starts off with a tomato base, but quickly changes from there. It also includes ingredients like rye flour, molasses, tamarind and malt vinegar. The most popular brand by far is called HP, which stands for Houses of Parliament. It serves a similar function to America’s obsession with putting ketchup on practically everything — the UK goes through about 27 million bottles of the stuff a year. The recipe was created over a century ago and still has enduring popularity to this day.

However, it was recently the victim of controversy. Due to regulations intended to keep salt in products down, Heinz changed the recipe and angered a lot of people in doing so. While it’s understandable that they needed to comply with the law, it seems silly to change something that worked so well for over 100 years.

Popular in Russia and especially Ukraine, salo has similarities to both bacon and lard. But while bacon tends to have only stripes of fat while lard is the processed fat from a pig, salo resembles a huge hunk of meat fat at first, because that’s basically what it is. It will sometimes have a small layer of meat, but it’s nearly entirely fat.

In order to make the meat last longer it’s kept in the cold and dark as part of the curing process, so in essence, you’re eating a pile of cured fat. This makes it a great food to keep you going through a long, cold, Slavic winter, but it certainly doesn’t sound appetizing. As a quick snack for energy, it’s often consumed raw or quickly spread on bread. Don’t age it for too long though, or it will become inedible and more suited to the making of shoes. Bon appétit. 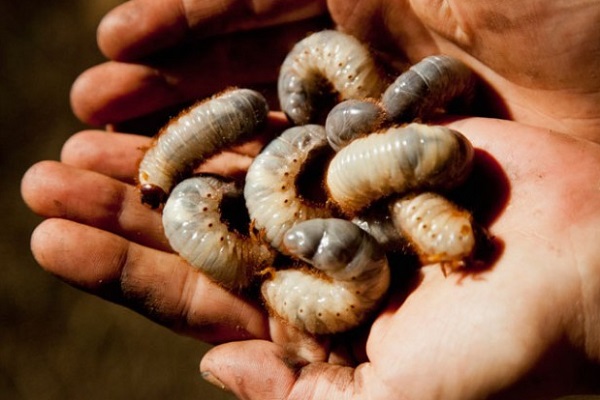 In many parts of Australia, high protein food can be quite scarce, so eating insects is a logical conclusion. Unfortunately, there’s really no way to convince someone who didn’t grow up eating bugs that doing so is anything other than completely gross. However, for aboriginals, it’s always been a staple.

Witchetty grubs are actually the larval form of different moth species and are supposed to taste like almonds. They’re sometimes cooked to give them a nice coating on the outside, but are just as often consumed raw. While it sounds gross, it’s certainly efficient to simply pick your food out of the ground and then enjoy your meal.

Eating grub larvae is one thing, but in some parts of the world humans eat even nastier bugs. You’ve probably heard of the stinkbug — they buzz all over the place and emit a foul odour if you squash them. Many see them as pests, but elsewhere they’re an important foodstuff that are harvested on a regular basis. They’re usually collected by hand in the early morning hours, before they start moving around too much.

Even stranger is the process for preparing them. Live stinkbugs must first be tricked into using their stink glands with a small amount of water. Then they’re rinsed in water multiple times, boiled to finish killing them, and cooked to prepare them for consumption. If the stinkbugs are already dead, an entirely different and much more complicated procedure has to be performed before they can safely be eaten. It seems like a lot of work just to munch on a few tiny bugs, but you have to work with the sources of protein you have available.

Would you try any of these foods? Do you think any of them should be banned? Do leave a comment below and tell us your thoughts.

Ten of the Worlds Most Popular Diets

The Ten Most Popular Stones for your Kitchen Countertops

Ten of The World’s Most Popular and Delicious Desserts

Ten Weird and Unique Foods You Should Try In Germany