A night out at a new restaurant is always fun. Finding a place with a quirky menu or unique atmosphere feels exotic and can stimulate conversation. However, finding a really strange or weird place turns a night on the town into a full-on adventure. It’s easier to make a bar or museum fit into a theme versus a restaurant. Food makes everything more complicated – you need to coordinate meals with both the atmosphere and people. The good news is that when this is done correctly you get a place where families, couples and friends can enjoy an experience that not only lasts for one night, but remains a memory forever. Have you ever wanted to feel like James Bond? Wanted to knock down that whole dinner table/bathroom virtual wall? How about making a statement about family planning while enjoying your soup and salad? All are covered here.

A few honourable mentions include Heart Attack Grill in Las Vegas where you can order high-calorie items and be served by a waitress dressed as a stripper (so Vegas). There is also “dinner in the sky” which is now offered all over the world. Raised into the sky by a crane, you literally eat in the sky. To me this doesn’t fit the “weird” criteria, but rather “insane”. There are also several restaurants that are shaped as objects; these restaurants are often highlighted in tour books and “Things to Do” city guides. There are too many to include, but a few of the best examples are Tonneau Bistro in Okinawa, Japan which is shaped as a giant barrel, The White Restaurant in Batumi, Georgia which looks like a sinking White House, and The Airplane Restaurant in Colorado Springs, Colorado which is as you can guess, is a restaurant inside an airplane. All have their place in the world of weird places to have lunch, but were not “weird” enough to make the top ten. As you can now see, it’s a pretty strong list.

These ten restaurants are not only general tourist attractions or local mainstays, they are reasons to travel to these locations all on their own… 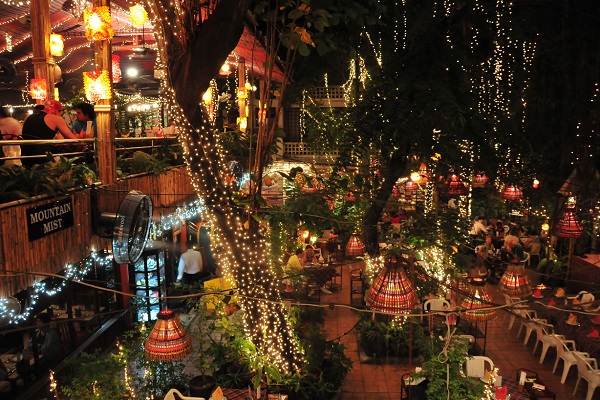 This restaurant serves classic Thai food and is located in one of the primary business districts of Bangkok. It is a favourite of both locals as well as visitors…and oh wait…there are condoms everywhere! No embellishing needed, they are everywhere! Check out the dresses hanging on the mannequins (made of condoms), the lamps (condoms) and even the strands of lights (you guessed it, condoms!) Seriously though, the restaurant is based on the owner’s promotion of family planning and generating income to support various development activities. You can enjoy your dinner (menu actually says the food is guaranteed not to cause pregnancy) in a garden filled with trees and instead of dinner mints, free condoms are given out. First time I heard the name of this restaurant I thought “worst name for a brothel,” but now I like it and really love the positive message. 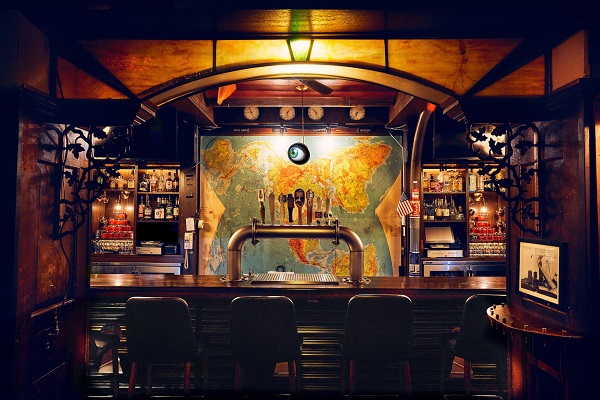 If you want to feel like a spy, this is where you want to go. The restaurant is located in a dark alley. For those not familiar, walking down a dark alley in downtown Milwaukee is an adventure in itself. Once you arrive you will need a password. How do you get this password? Well, that’s a secret, but you may find hints on their website. The inside walls are covered with spy memorabilia. You never know who is working the bar (could be a magician) and it seems like pushing any wall opens a secret passageway. If this sounds like too much work that’s okay, there is a full bar to relax at that offers a special James Bond-themed Martini. 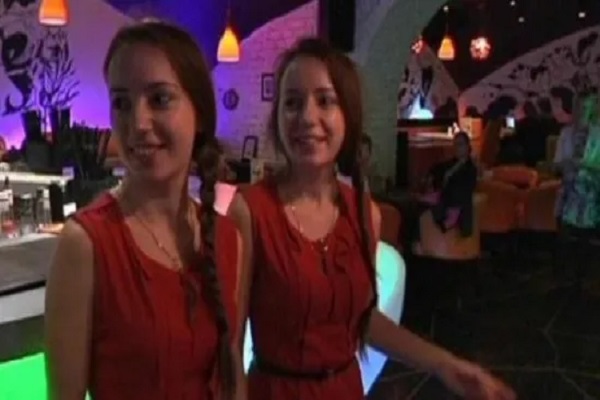 If you usually see double after a few drinks I would advise holding off on the alcohol if you have reservations at Twin Stars. At this restaurant, all the workers are identical twins. They even wear the same clothes to really mess with you. Similarly, themed restaurants have popped up (Twins in New York City started with actor Tom Beringer in 1994), but Twin Stars appears to have the most rigid policy in regard to everyone being a twin. I know if I had a twin this would be my number one destination, but I would definitely lay off the drinking, I don’t need to see quadruple. 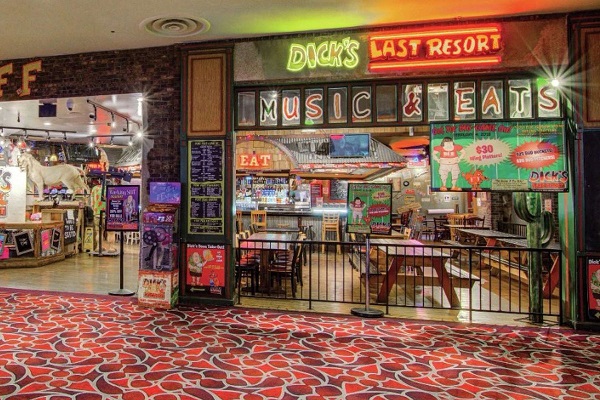 This is the restaurant where the staff is rude to you, purposely. This is definitely a bucket list “do it once” type of experience. I don’t know a lot of people who really enjoy being called “dipshit” and can’t wait to come back. Insults are the rule and if you are easily offended you may want to steer clear of this one. The food itself is grilled, fried and barbecued fare, mostly served in baskets and buckets. Other restaurant franchises, such as Ed Debevic’s, also play off the “insult your customer” angle, but in a ’50s diner setting. Many swear by Dick’s Last Resort and believe it’s a must see. Others will find it overrated, but all have the same response on the ride home: “Did you hear the way that waitress talked to me?” 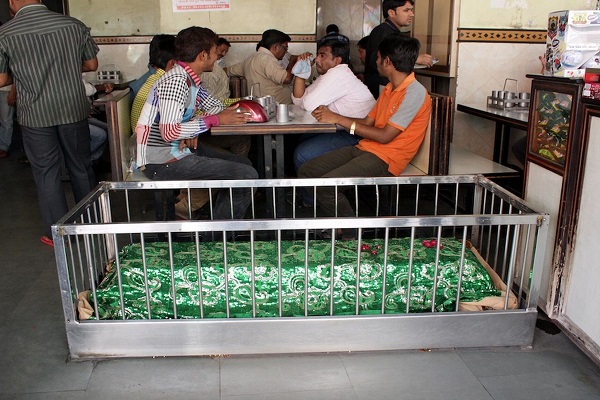 This restaurant isn’t for the faint of heart. Built-in the middle of an old Muslim cemetery, Lucky Restaurant sets tables around graves. It’s not that big of a deal given reincarnation is part of the religion and life and death are spiritually linked to many in the region, still it’s dead people, man. New customers can be seen lost, trying to navigate a way to their table around the graves, but the waitresses know the paths and move around with ease. Also, for those able to find humour in anything, there is a good chance you will hear someone say, “The food is to die for.” 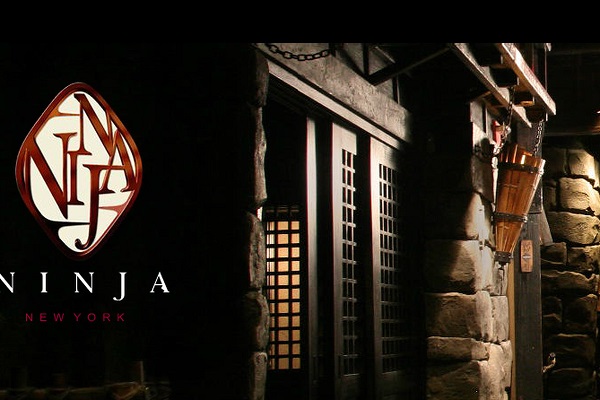 I mean, at some point don’t we all want to be a ninja? Ninja New York, a high-end Japanese restaurant in the TriBeCa neighbourhood provides plenty of ninja-style entertainment. The stealth ninjas (okay, actors) will be ready to take your order before you know it – you may not even hear them coming. The food preparation, especially the sushi and various meats on fire, receives high praise. 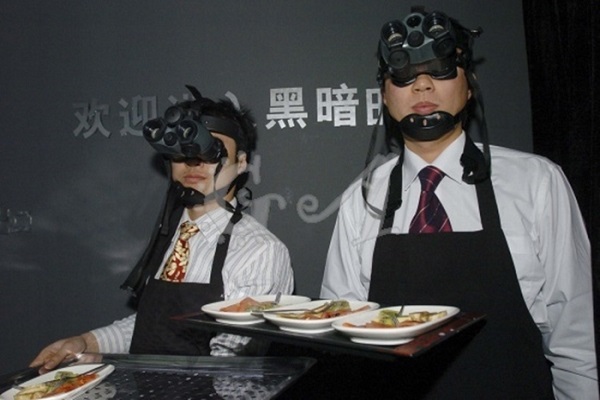 This is another one of those restaurants where you may want to curb the drinking. Opaque is the restaurant where you eat in the dark, total darkness. The idea is to open up your sense of touch, taste, smell and hearing to your surroundings. This is one of the places you really need to be prepared for. It’s not going to be a good time having anxiety if you are the type of person who needs a clear (visual) path to the bathroom. Bonus: Extracurricular activities!

This is another one of those restaurants where you may want to curb the drinking. Opaque is the restaurant where you eat in the dark, total darkness. The idea is to open up your sense of touch, taste, smell and hearing to your surroundings. This is one of the places you really need to be prepared for. It’s not going to be a good time having anxiety if you are the type of person who needs a clear (visual) path to the bathroom. 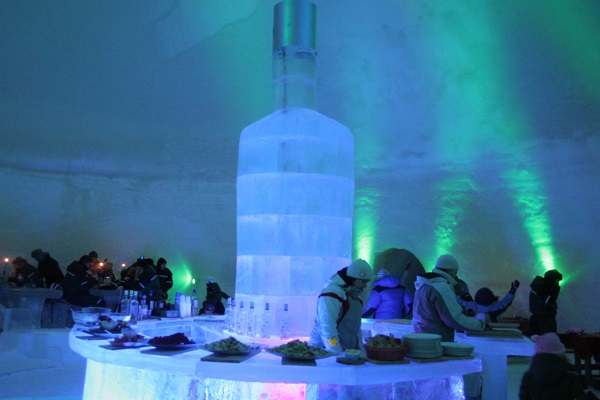 Part of a hotel experience, the restaurant is made entirely of ice. The walls, floor and tables are all ice. The bowls are also ice. There is a soup of the day, but don’t come late or it will be cold. There is also a bar so you know what that means…Vodka. Nothing tastes better when ice cold, served on ice, in an ice restaurant than Vodka. That’s a fact. (Note: Not a fact.) 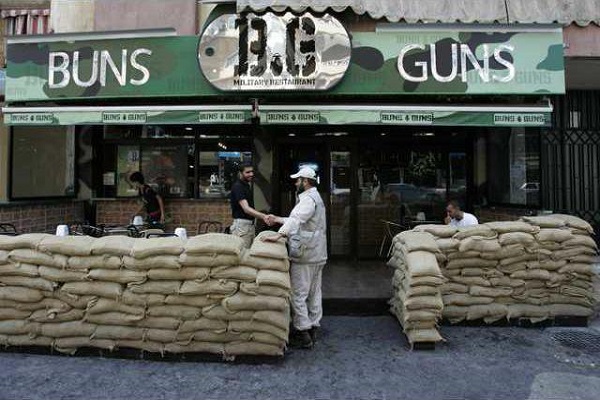 Sometimes the name and theme is enough. The barometer is when you tell your friends you went somewhere and their response is shock. This is what happens if you tell someone you had lunch at Buns & Guns in Beirut. This was a fast-food restaurant with menu items named “rocket-propelled grenade” and “B52”. Their motto was “A sandwich can kill you.” The goal wasn’t to glorify war, but rather to make people laugh. What could kill them were the generous proportions. Sadly, the doors closed (and it doesn’t appear to have reopened). Once in New York City, my wife and I celebrated Valentine’s Day doing an event called “Beef & Guns” where you spend an hour at West Side Rifle & Pistol Range (20th street) and then go to the Meatpacking district for a steak dinner. I didn’t get the “Buns & Guns in Beirut” response I suspect you would get when I tell my story, but it’s a close second. 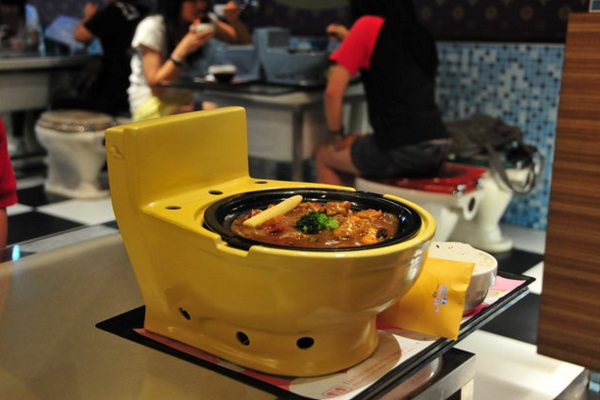 Since first opening, Modern Toilet is now fairly well known. At this restaurant you sit on a toilet while eating food from a toilet. There’s more. The walls are bathroom tiles and the lights made of showerheads. Also, the drinks are served in miniature urinals you get to take home with you. It is very popular, very weird and very disturbing. There are now several copycats, including Magic Restroom Café in Los Angeles, but Modern Toilet is the original place to sit on a toilet while you eat. There is a circle of life joke somewhere here; I just need some time to flush it out…

Have you been to any of these restaurants? Which one would you like to visit? Do let us know in the comments below.

Ten of the Craziest and Strangest Foods Eaten In Nigeria