Influenced by a wide variety of regional and traditional cuisines, it’s impossible to describe Indian cuisine in just one or two words. From south India’s Idli and Vada to North India’s non-veg dishes like Kashmir’s Rogan josh. The moment you step into an Indian state from another, you’ll feel like you’ve reached a whole new country. We’ve rounded up 10 Indian states and one notable dish from each state. So, if you ever visit any of these states don’t forget to try these ten dishes… 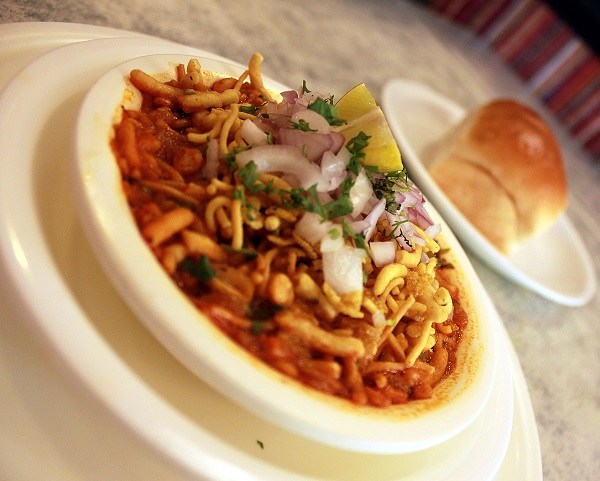 Maharashtra is known for its famous street foods and dishes featuring Pav like Vada pav or Pav bhaji and Misal Pav are among the most popular ones. Misal and Pav topped with farsan or sev, onions, lemon and coriander and served with bread or rolls toasted with butter and buttermilk or curd and papad is a delight to eat. Maharashtra is incomplete without its Pav dishes. 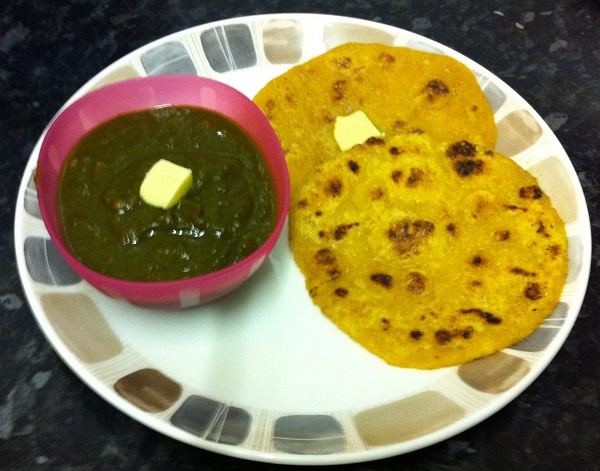 Punjab’s staple food Makki Di Roti & Sarson Da Saag has a fan base across the country. The vegetarian dish is prepared with green mustard leaves and topped with Makki Di Roti or ghee. 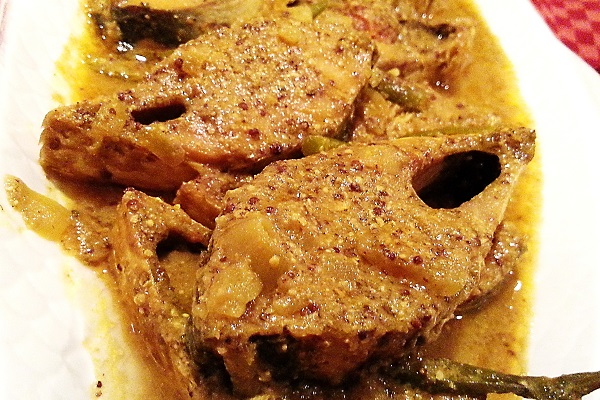 Bengali’s have their own style different from most Indian states when it comes to their cuisine. Kosha Mangsho, Shorshe Ilish, Rosogolla and Mishti Doi are a few of the most popular dishes in Bengal. If you have a sweet tooth or a love for non-veg dishes then West Bengal is the state for you. 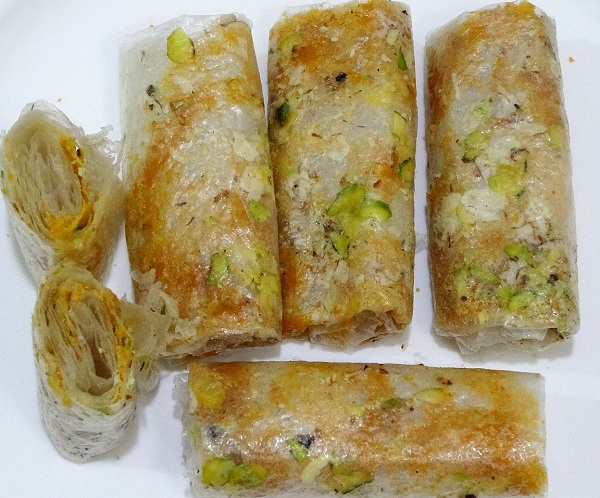 The cuisine of Andhra Pradesh is heavily influenced by the Mughal empire. It’s a delicious fusion of original Andhra ingredients and Hyderabad cuisine. Pootharekulu is a popular sweet from Atreyapuram, Andhra Pradesh. The sweet is mainly made of jaggery, Ghee, Rice starch or black gram. 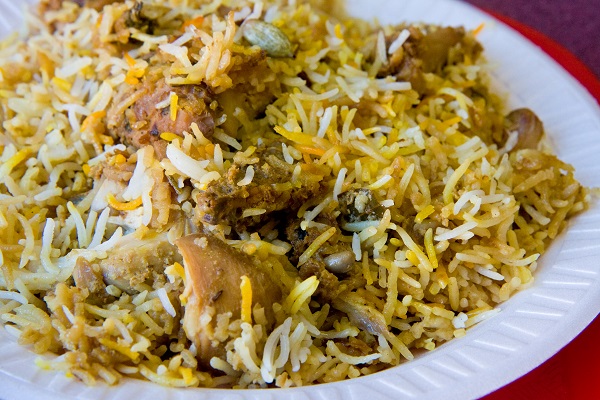 Telangana has a special place for its several kinds of Rotis and Currys, but nothing can beat the popularity of its capital’s Hyderabadi biryani. You can find a different kind of biriyani in every Indian state. But still, every biriyani lover wants to try the Hyderabadi biryani at least once. 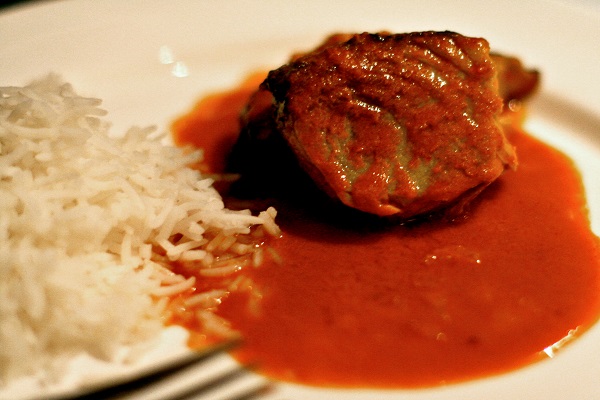 The Goan Fish Curry has something special than the other Indian fish Currys. Its warm and tangy taste cooled with coconut milk creates a blast of flavour in your mouth. Goa is renowned for its beaches and exotic seafood dishes and its Fish Curry has somewhat become a staple for the state. 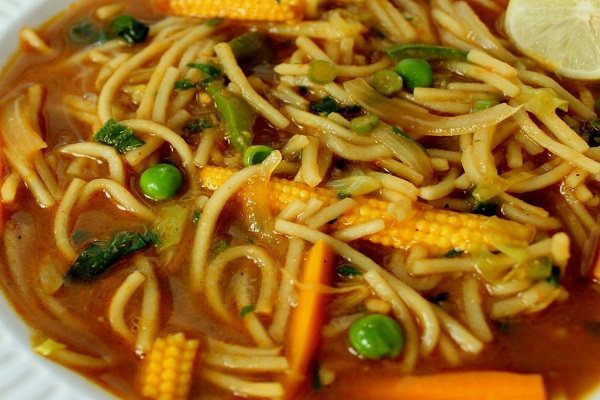 The north-eastern Indian food is mostly entirely different from the rest of Indian foods. The tradition and the culture of the part heavily influence their food. And another thing is that in Arunachal Pradesh, the food differs from tribe to tribe. The people of this state are more fond of bamboo and other leafy vegetables and boiled or smoked dishes than fried. Bamboo Shoot, Pika Pila and Thukpa are some popular dishes in Arunachal Pradesh. Thukpa, a Tibetan noodle soup is also popular in Nepal, Bhutan, and the states of Sikkim, Assam and Nagaland. 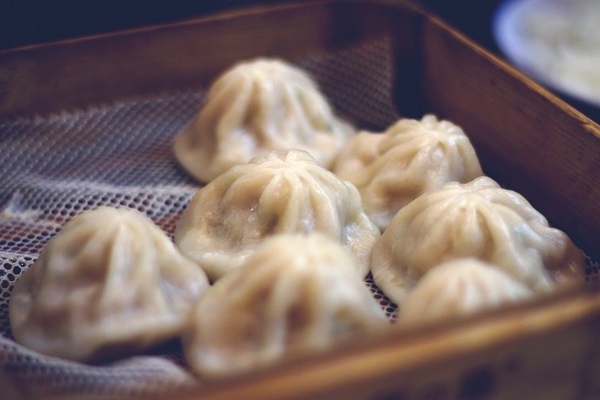 Although Maize is the staple food of Sikkim, we all know where we’ll get the best momos in India. Most of the dishes in Sikkim are made up of rice. Non-vegetarian dishes featuring meat and dairy products are the most popular ones in Sikkim and they are also fond of fermented vegetables. Momo is a type of dumplings originating from Nepal and Tibet. 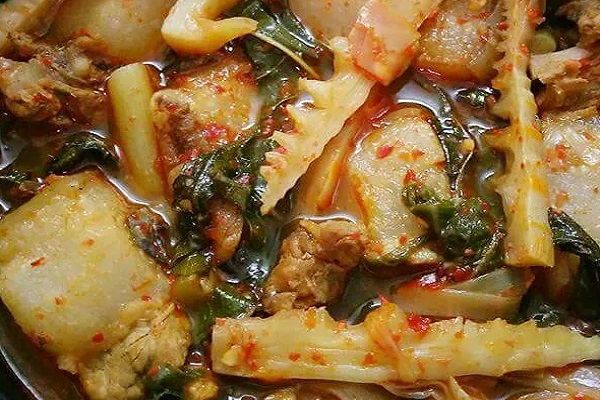 A typical Nagaland dish consists of a meat dish, a boiled vegetable dish or two, rice and chutney. The people of Nagaland prefer boiled edible organic leaves and Bamboo Shoots are quite common in their cuisine. Fermented bamboo shoot with fish and pork is a popular cuisine in Nagaland. Pork with Bamboo Shoots is a spicy and flavorful, simple but delicious dish. 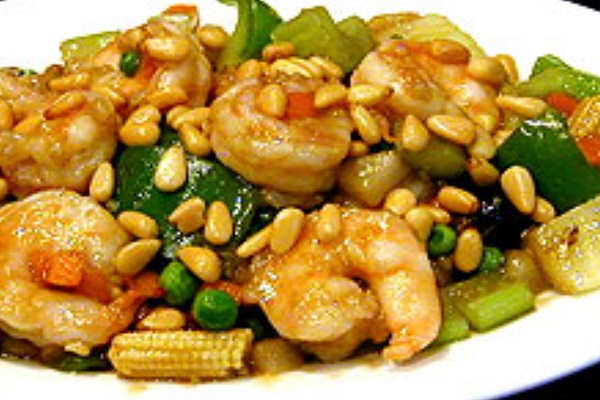 Mizoram shares many similarities with its north-eastern sisters. Rice is considered as the staple food of the state. Meat and seafood are very common and served with pretty much everything. Misa Mach Poora is like lightly seasoned grilled shrimp.

Have you tried any of these dishes yourself? What did it taste like? Do let us know in the comments below.

Ten Indian Recipes You Really Need to Try at Least Once