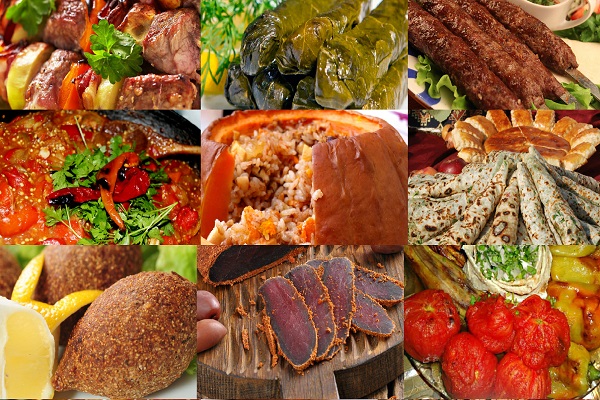 We always have an excuse to throw a party and it is never complete without lots of beautiful delicious foods on the table. Armenian cuisine has been shaped by thousands of years of trade and conquests from the Middle East to the farthest ends of Eastern Europe.

You can therefore expect to find a little Turkish, Russian, Mediterranean, and European twist to Armenian food but what you eat will only be unique to Armenia and most of the foods are unforgettable. So whether you want to try a new cuisine or are looking to throw a party with the help of catering services, you might be remembered for your fantastic choice of cuisine with Armenian food. Armenians value the taste of fresh produce in their food; especially eggplant and other green vegetables and every meal seems to rotate around Lavash, the country’s most famous flatbread. Here are 10 Armenian foods you will love.

This is one Armenian stuffed pumpkin that you won’t miss at any serious party either as a main meal or as a dessert. The pumpkin is hollowed out before being stuffed with boiled rice and lots of dried fruits. The most common dried fruit ingredients are apples, raisins, plums, dates and hazelnut. The food is then sweetened with sugar or honey before being put in the tonir to bake until the pumpkin is tender. The food is served by cutting the pumpkin down the sides so it opens up on the table like a yellow flower. It is often served on Christmas and New Year’s day as well as other special events such as weddings.

Every Armenian neighbourhood has Manghals (charcoal grills) which are shared by different households when making this amazing dish. In Armenia, meat is not as deeply seasoned as what you get in the neighbouring countries, so salt and pepper are the farthest you will go. The meat, often beef, land or pork is then put on skewers and turned on the grill to cook evenly. The chunks of meat are then served with a side dish of vegetables, eggplant, tomatoes and onions, all wrapped in lavash to form a kind of delicious sandwich you just can’t have enough of. 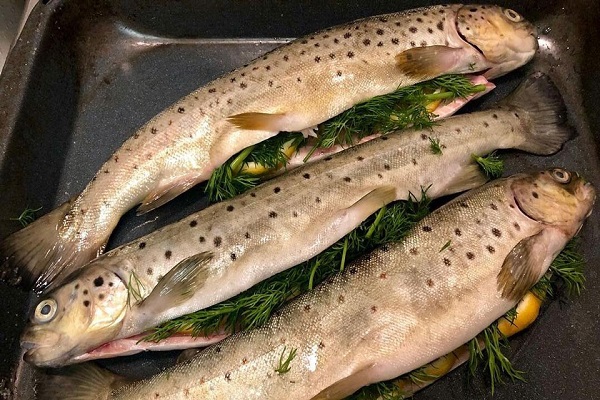 Freshwater trout from Lake Sevan (Armenia’s largest water body) are meaty and delicious when cooked to the precision of traditional recipes. The most popular version of this Armenian food is prepared by cooking the fish in wine. Other versions include boiled, fried or braised with almonds. They all come seasoned in basil, chives and pepper and served with green vegetables. The best Ishkhan is served on the shores of Lake Sevan which is one of the most visited tourist destinations in the country.

It takes at least 15 days to prepare a true version of Basturma which is why many people opt for a ready-made version found in shops. It is one of the country’s oldest foods and one that many pride themselves in making. It involves drying slices of meat cured in salt and pepper. To add flavour. The pieces of beef, land or pork meat are soaked in a mixture of fenugreek, garlic, red pepper and salt before being air-dried for a further week or so. You can then chew on the dried meat or add it to your salad to make it taste. 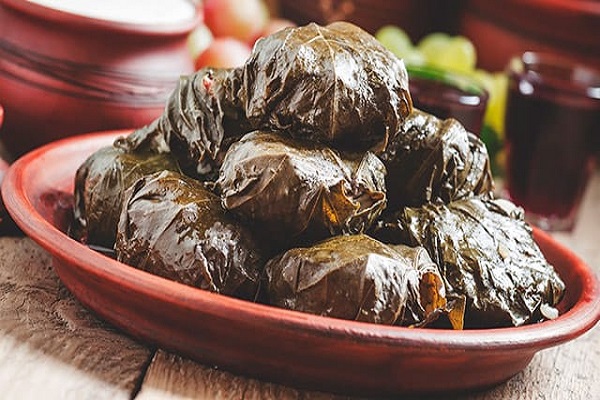 This is the meal of the seven grains and happens to be one of the most common vegetarian dishes in Armenia. Most Armenians are Christians and they take their fasting seriously which is why there are so many plant-based foods to choose from. The seven-grain dish is the most common food in most households during the Lenten season. It is made by combining any seven different grains of your choosing including rice, beans, peas, lentils and cracked wheat. Other versions may not include all the seven grains or may even include meat if the food is not being prepared in the Lenten season. The most common flavourings are tomatoes, eggplant, parsley, mint and garlic. The food is then wrapped in grape leaves in the winter or cabbage leaves in the summer and then eaten raw.

The Ottoman rule is one of those conquests that Armenians will never forget since the faith of everyone was really tested. Harissa is the national dish that symbolizes the resilience of the Armenian people during the period. Although it takes four to five hours to prepare, Armenians happily endure it because the food is both symbolic and delicious. It is basically a porridge made by boiling cracked wheat with chicken, lamb, beef or pork and stirring the mixture until the meat and the grain are dissolved and mixed up. 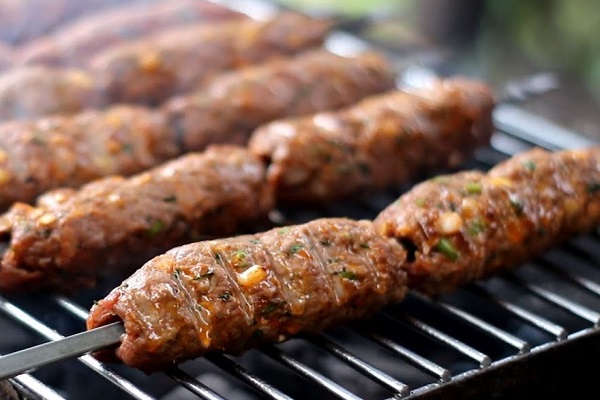 This is a popular dish in the Caucasus dating back to the 2nd century and Armenia still has the most delicious Lyula of any country in the region. The preferred meat for this kebab is lamb meat because it kneads nicely and becomes dense and uniform but chicken, fish and even beef are used in some cases. The meat is flavoured with onions and pepper. Some people use eggs, paprika, mint or parsley to increase the flavour of the kebab.

This is an Armenian national dish that many guests enjoy because it is so rich in flavour. It is made using boat-shaped dumplings filled with minced beef or lamb and then baked in a tonir until they are brown. The richest flavour comes from the addition of parsley and red pepper sauce to the dumplings. The meat is also flavoured with tomato sauce, onions and mint. The final dish is best served with yoghurt or a glass of wine, a salad and greens on the side. 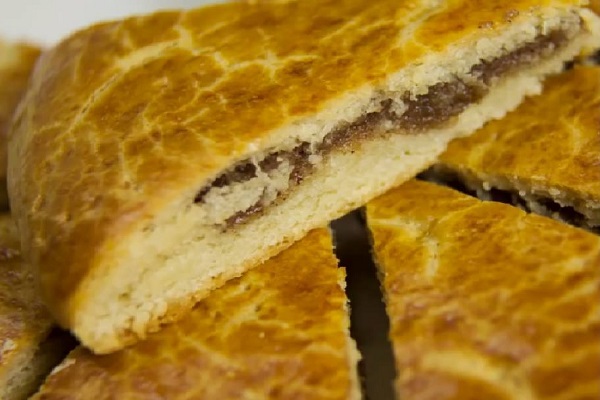 While lavash is great when used to wrap meat and other dishes when you want them crunchy, nothing beats the taste of Gata when you need something to sweeten your breakfast. It is the most popular pastry in Armenia made with regular dough mixed with eggs and milk. The signature of this sweet cake/bread is the glossy crust brought about by the heavy cream and butter used to bake it. The cakes literally melt in your mouth and go perfectly with a cup of coffee.

This is the Armenian version of the popular Turkish Pizza which is basically pizza without cheese. The pizza is made using a thin flatbread topped with minced lamb or beef. The meat is mildly spiced with onions, pepper and other seasonings. In Armenia, the minced meat is wrapped in the flatbread with eggplant, pickles and tomatoes before being baked. It then creates a crunchy snack.

Have you tried any of these traditional Armenian recipes? Which one would you try? Do let us know in the comments below.

Ten Classic and Traditional Armenian Foods You Need to Try